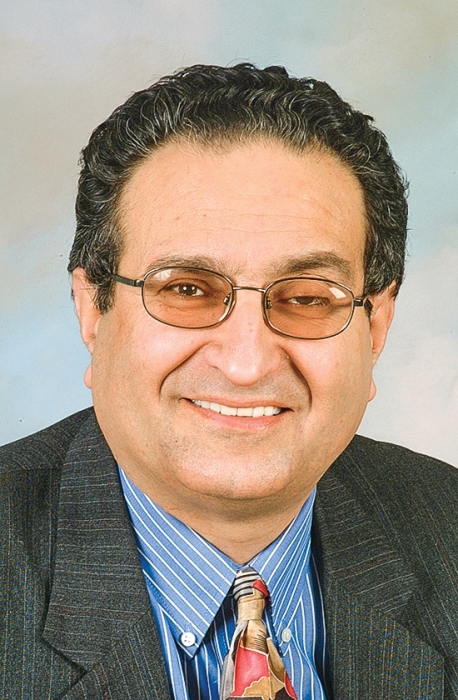 Sponsored by the Ahmed Zewail Endowment Fund established by the Newport Corp.

Shaul Mukamel is a theoretician with an eye on the potential for cutting-edge spectroscopy instrumentation in the field of coherent ultrafast multidimensional optical spectroscopy. His predictions have launched groundbreaking experimental activity leading to significant discoveries in labs around the world.

In the area of infrared spectroscopy, techniques devised by Mukamel have been instrumental in studying the mechanism of protein folding and aggregation in molecular liquids, chiral structures, hydrogen bonding, and DNA, according to X. Sunney Xie, professor of chemistry and chemical biology at Harvard University. His work has enabled unprecedented insight into the elementary charge and energy processes in light harvesting in photosynthetic antennae and reaction centers and in semiconductor nanostructure spectra, according to Xie. Recent work has extended these techniques to the fields of ultraviolet and X-ray spectroscopy.

Mukamel, who received a Ph.D. in chemical physics from Tel Aviv University in 1976, moved on to Weizmann Institute of Science and Rice University before joining the chemistry department at the University of Rochester in 1985, by which time he had his sights on developments in spectroscopy.

“I have been interested in ultrafast spectroscopy and the application of short laser pulses to study molecules since the 1980s, when femtosecond measurements became possible,” he says. “Since then I have continued to stay on top of available laser technology to design and propose new experiments made possible by this new technology.”

Mukamel’s work has also led to an evolution in the technology but not via direct involvement in system development. “Some of my studies have triggered experimentalists to develop new technologies or to fine-tune them in order to perform their experiments,” he says. “My work is theoretical but very closely related to current and future experiments.”

Ultrafast science, Mukamel says, is now well established in chemistry, with the study of chemical reactions and processes, and in physics, in the area of materials sciences. It is also gaining in biomolecular research applications with the latest advances in technology.

Having progressed from radio-wave to IR technologies, spectroscopy is now using UV techniques at the cutting edge. “The most interesting photochemical processes involving biological molecules and DNA occur here,” Mukamel says. By extending spectroscopy with UV, “you can directly study important chemical processes like damage and repair of DNA related to cancer.”

And at the far frontier is the emerging X-ray technology, which brings timescales to the attosecond level, according to Mukamel, who is currently Distinguished Professor of Chemistry at the University of California, Irvine. “You can study the electrons rather than the nuclei,” he says. “In order to do that type of multidimensional spectroscopy, you need the pulses to be controlled in intensity, phase, and other parameters. This is coming up, and I am working with different groups to realize these experiments.”

Mukamel, 66, will present his award address before the Division of Physical Chemistry.