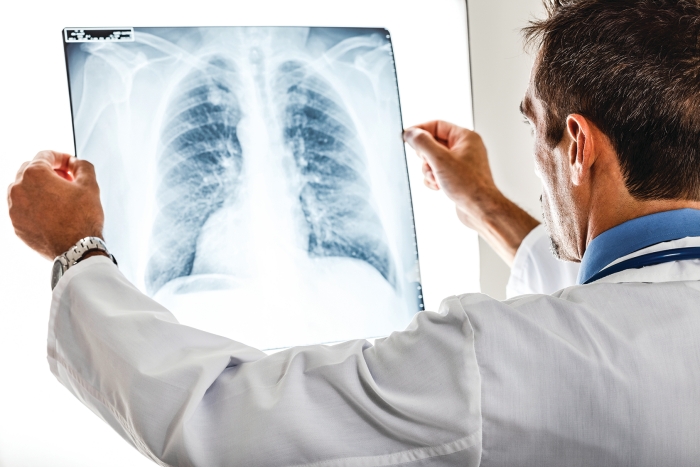 Emerging debates about the White House’s climate strategy—especially proposed new regulation of methane—are focusing attention on the human health benefits, not just the climate effects. New research lends support to the Obama Administration’s health argument. But the proposed methane emission rules remain the subject of criticism—from members of Congress who believe the president is overreaching his authority and from industry, which strongly favors voluntary approaches.

Methane, a ubiquitous atmospheric gas, is the second most prevalent greenhouse gas emitted by human activity after carbon dioxide. It makes up about 75% of natural gas and during the past quarter-century, domestic extraction of gas has skyrocketed. In response, the White House has targeted methane released from oil and natural gas operations for regulation.

Methane oxidizes in the lower atmosphere, which forms ground-level ozone. In a bid to further justify new regulations, the Obama Administration is underscoring how ozone pollution linked to methane harms human health by worsening bronchitis, emphysema, lung inflammation, and asthma.

With its health argument, the Administration may be looking to soften congressional criticism about executive overreach. Without alerting members of Congress, the White House unveiled its methane strategy last month. It did not go over well with Republican legislators.

The Administration’s goal is to reduce methane emissions by 40 to 45% by 2025 relative to 2012 emissions levels. The strategy underscored both the health and climate benefits of methane reductions achievable through Environmental Protection Agency actions, rather than legislation.

The centerpiece of the announcement was a set of EPA draft rules slated for release this summer limiting methane emissions from new, but not existing, oil and natural gas wells, processing equipment, and transmission pipelines. The White House claims EPA rules will have the dual advantages of significantly reducing ozone-related deaths and illnesses such as emphysema as well as slowing climate warming.

Recent research that bolsters White House health claims comes in a new paper by Pacific Northwest National Laboratory research economist Stephanie Waldhoff and colleagues. According to her team, the climate damages of methane carry a price of approximately $1,150 to $2,300 per metric ton, which is 30 to 50 times that of carbon dioxide per ton because of methane’s greater heat-trapping properties. The analysis estimates the global health benefit resulting from reductions in heart and lung illness associated with methane-produced ozone would be between $790 and $1,775 per metric ton.

Ton for ton, the health benefits of reducing methane are comparable to the climate benefits, Waldhoff’s team concludes. The results, which are in press at the journal Environmental & Resource Economics, were presented at a Society for Risk Analysis meeting in December 2014.

But some say the Waldhoff team estimates don’t matter because regulations aren’t needed in the first place. For instance, American Petroleum Institute (API) spokesman Carlton Carroll says, “Whether health and climate benefits are equal is a moot point. EPA data show that methane emissions have fallen 73% since 2011, and this is a direct result of industry innovation and private investment. We would much rather continue capturing it for our customers without EPA’s intervention.”

Frank J. Macchiarola, executive vice president for government affairs at the American Natural Gas Alliance (ANGA), says he agrees with EPA’s overall goal. But, he continues, alliance members “believe we have a better solution through a collaborative, not a regulatory, approach.”

The Obama Administration is holding fast to the need for regulation to address climate change risks by pursuing tighter vehicle fuel-efficiency standards, restrictions on carbon dioxide emissions from coal-fired power plants, and limits on methane releases from the oil and gas sector.

But to take effect, those rules will have to survive analytical scrutiny by the gatekeeper of federal regulations—the White House Office of Management & Budget. Most EPA programs must present OMB with a credible and persuasive cost-benefit analysis demonstrating that the benefits of a proposed rule far outweigh costs.

EPA must design the methane rules to help meet the Administration’s 40 to 45% reduction by 2025 target.

But OMB reviews can render draft regulations less stringent, which in this case could constrain EPA’s ability to meet the target. In addition, EPA’s work is often complicated by congressional opposition to the agency’s estimates of economic impacts of its rules, with lawmakers seeking to maintain the momentum of the U.S. economic recovery and to protect industries in their districts. According to Sen. Bob Corker (R-Tenn.), “We still want to make sure that our country flourishes; we still want to make sure that energy is as inexpensive as possible.”

The health argument dominated the White House rollout of the methane strategy. White House energy adviser Dan Utech said pressuring the oil and natural gas producers to “capture a valuable fuel that would otherwise be wasted” will act as a “benefit to the climate, the economy, and public health.” And Administration allies such as Greg Dotson at the left-leaning Center for American Progress say the methane strategy is a “win for the climate, a win for local air quality, a win for public health, and a win for the economy.”

According to ANGA’s Macchiarola, gas producers have been providing many of these benefits all along. The Administration’s methane announcement, he says, “could have given the public and policymakers a better view of the role natural gas producers have played in reducing not just carbon but other major air pollutants such as nitrogen oxides, sulfur dioxide, mercury, and particulate matter even as production skyrocketed.”

Again sounding the theme of health benefits, EPA’s air pollution control program states that the “strategy will reduce both methane and volatile organic compounds, which will reduce a potent greenhouse gas and one of the key ingredients in ground-level ozone (and potential actions likely would reduce both).” EPA will guide states in enhancing their plans for reducing emissions of volatile organic compounds—which are precursors to ground-level ozone—in areas that currently do not meet the national air quality standard for ozone.

The situation with the proposed methane regulations is unlike most EPA rules in which the government must justify regulatory burdens placed on industry by quantifying the value of human health and ecological benefits to communities and the public welfare more broadly. API’s Carroll confirms that companies will have to account for revenue from captured methane that accrues to oil and gas firms as they analyze the rules and comment on them.

However, he also says that in some regions, such as North Dakota’s Bakken oil fields and elsewhere, there are no natural gas pipelines to move captured gas to market. Instead, Bakken natural gas is flared or simply released to the atmosphere as drillers extract higher-value oil (C&EN, July 7, 2014, page 10). According to Alan J. Krupnick, an economist with Resources for the Future, “Industry rightly says that it is in its interest to control leaks, since its product is going up, literally, in smoke. Yet, some types of leaks are cheap to fix relative to the value of the product lost and others are expensive.”

Jeremy Symons, senior director for climate policy at the advocacy group Environmental Defense Fund, says addressing methane through voluntary programs alone might not hit the Administration’s 40 to 45% reduction target. “It’s really hard in an industry that has thousands of players. It makes sense for there to be regulations that create a common level playing field.” For its part, EPA is keeping its options open. “Voluntary programs could reduce the need for future regulations,” an agency statement says.

Senior fellow at the German Marshall Fund and former Clinton Administration climate adviser Paul Bledsoe offers another argument for strict methane rules. Like black carbon and hydrofluorocarbons, methane has a more potent global warming potential in the short term when compared with carbon dioxide. “Unlike CO2, which stays in the atmosphere for centuries, methane dissipates in about a decade, so cutting it now can reduce warming more quickly and help meet the key goals of reducing some near-term climate impacts and of preventing global temperatures from rising above dangerous tipping points,” he says.

The policy debate about how to address the growing threats of human-caused climate change is different from discussions in years past about air pollution, points out EPA Administrator Gina McCarthy. “Over the last 40 years we’ve transitioned from addressing visible pollution to something that is much more difficult to get our arms around, like methane.”

Slightly more visible will be the dollar levels put forward by parties disputing the costs and benefits of EPA climate rules. Both factors are likely to continue spurring heated discussions between the Obama Administration and Congress.