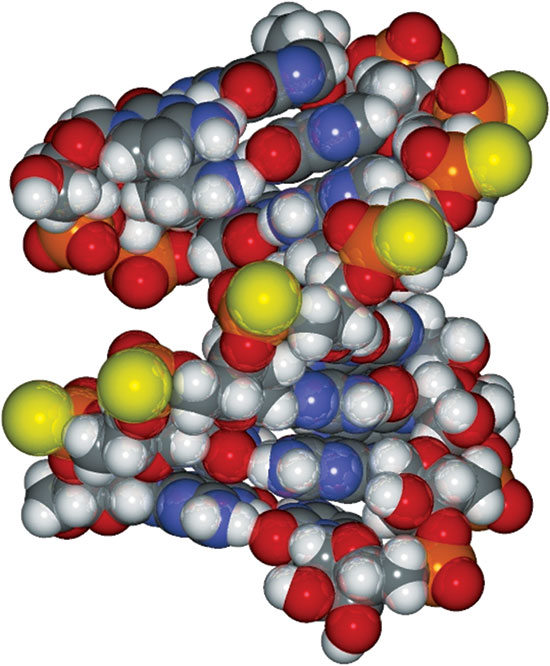 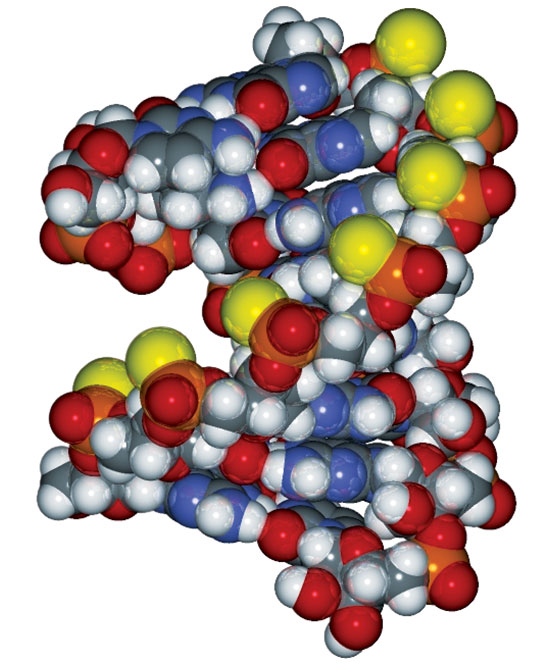 Chemists rely on natural products as inspiration for medicines. But tweaking Mother Nature’s molecules to minimize toxicity or maximize other properties is often difficult. In cases where scientists have pinpointed the problematic part of a natural molecule, Burke’s technology may allow Revolution to build a better one. In cases where the reason for a liability isn’t understood, “it can enable us to do top-level basic science in the small-molecule world and understand these natural products at an atom level,” Burke says.

The Redwood City, Calif.-based biotech’s first project will be to improve upon amphotericin B, an antifungal that has been on the market for 50 years but which sees limited use because of the liver damage it can cause.

WaVe is also trying to do difficult chemistry—in this case, controlling the chirality of nucleic acid therapeutics. Pharmaceutical companies have long tried to dial up efficacy and dial down safety concerns by focusing on single enantiomers of their small-molecule drug candidates. Successful single-enantiomer drugs include the heartburn pill Nexium and the antidepressant Lexapro.

WaVe will take this approach to oligonucleotides—strings of modified nucleic acids in which each phosphorothioate introduces a new chiral center. As WaVe CEO Paul Bolno points out, an oligo consisting of 20 nucleic acids has 19 chiral centers, meaning the final drug could contain a half-million unique molecules with a range of pharmaceutical properties.

Although scientists working on such drugs know that the mixtures are not ideal, their challenge has been controlling the chirality of each phosphorothioate, Bolno says. WaVe’s scientific founders, Harvard University chemist Gregory L. Verdine and Tokyo University of Science’s Takeshi Wada, have found a way to do that, and the biotech is now designing isomers that maximize the best features of a drug. WaVe already has a partnership with a big pharma firm and a team of 20 people across its labs in the U.S. and Japan, Bolno says.

Separately, Cambridge, Mass.-based LTI also has secured an influx of cash. Founded last year by a team of ex-Genzyme executives including former CEO Henri A. Termeer, LTI aims to exploit genetic connections between rare lysosomal storage disorders and more common neurodegenerative disorders. The biotech firm’s first program, a small-molecule glucocerebrosidase (GCase) lysosomal enzyme activator, is designed on the basis of the observation that people with Gaucher’s disease are predisposed to the more common Parkinson’s disease.