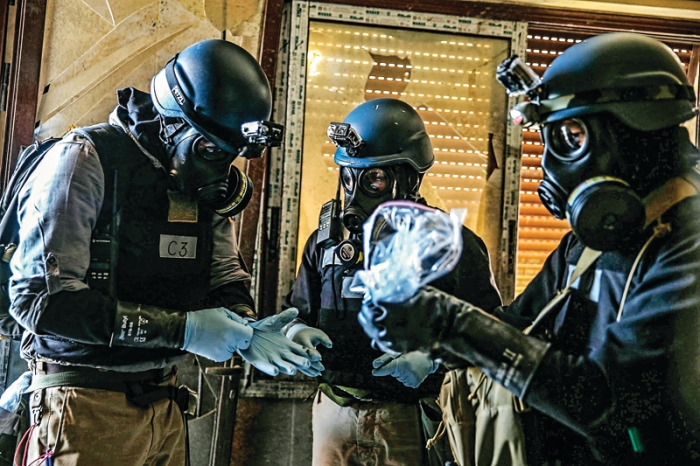 The destruction of the first of Syria’s 12 chemical weapons production and storage facilities has been completed, according to the Organisation for the Prohibition of Chemical Weapons (OPCW). The United Nations-affiliated group says work continues on the demolition of the 11 other structures, which consist of underground bunkers, tunnels, and hangars. The destruction program is a key part of the elimination of Syria’s chemical weapons stockpile, ordered by the UN Security Council in September 2013. In its latest report, OPCW says the project is slated for completion by the end of June. Some 98% of the chemical weapons declared by Syria have now been destroyed. This includes 581.5 metric tons of methyl­phosphonyl difluoride (DF), a chemical used to make the nerve agent sarin, and 19.8 metric tons of liquid sulfur mustard, a blistering agent, which were neutralized last year aboard the U.S. ship MV Cape Ray (C&EN, Aug. 25, 2014, page 21).