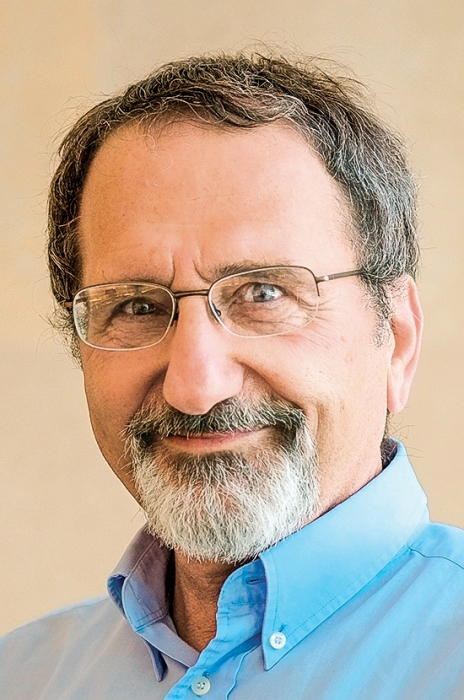 He’s a wizard in his field of chemistry, but his work could also be described using artistic or architectural terms. Nikos Hadjichristidis has pioneered the synthesis of strikingly unusual polymers. Think of polymers that look like cheerleaders’ pom-poms, or star-shaped polymers with dissimilar arms, and you start to get the picture.

Nowadays, most scientific advances are created by competing research groups that work in parallel trying to solve well-defined problems. But Hadjichristidis tends to work on polymer architectures that are so innovative, odd, and complex that few can conceive of them in the first place or succeed in synthesizing them, says a prominent polymer chemist familiar with his work. Hadjichristidis, he says, is “the world’s foundry for innovative polymer research and transformative ­discoveries.”

“Nikos has envisioned and created a number of unique molecular architectures that were not previously synthesized,” further comments another research chemist who has collaborated for more than two decades with Hadjichristidis. “The well-defined nature of Nikos’s polymers makes them ideal for establishing the basic principles of polymer physics and makes him a popular collaborator with the polymer physics community.”

In recent years, this chemist adds, Hadjichristidis has extended his research to living polypeptides. He has developed methods for synthesizing these molecules and pioneered methods for characterizing them. “A key part of his work is the ability to examine the morphology of such complicated polymers, as well as their bulk, solution, and surface properties.”

Hadjichristidis has significantly advanced polymer chemistry. His papers have been referenced almost 20,000 times, earning him a notable h-index of 68. A member of the editorial board of several polymer chemistry journals, he has published more than 450 papers and 24 reviews, authored one book on block copolymers, edited four other books, and registered 19 patents.

A native of Greece, Hadjichristidis has worked and conducted research in numerous countries during his career. He obtained his Ph.D. from the University of Liège, in Belgium, in 1971. From there, his postdoc studies led him to the National Research Council of Canada in 1972. He returned to Greece in 1973 to the University of Athens, where he was based for most of his career until he retired in 2010 with the title of emeritus professor. While at Athens, starting in 1984, he began spending up to two months annually at Exxon Research & Engineering in New Jersey. In 2011, he joined King Abdullah University of Science & Technology (KAUST) in Saudi Arabia as a professor of chemical sciences. There, he has been enabling unprecedented macromolecules, as he always has, incorporating functionalities for biomedicine and nanolithography through innovative polymer synthesis.

Hadjichristidis believes that polymer chemistry has a profound impact on everyday life, including areas like health care and information technology. Polymers are stronger, lighter, and cheaper than the traditional materials such as metal, wood, and glass that they replace, he notes. And polymeric materials are present throughout the natural world, including in proteins, DNA, cellulose, and other essential components to sustain life, he says.

Hadjichristidis will present his award address before the Division of Polymeric Materials: Science & Engineering.