Chemical Safety Board Chairman To Step Down

[+]Enlarge
Credit: CSB
Moure-Eraso has been under fire from Congress. 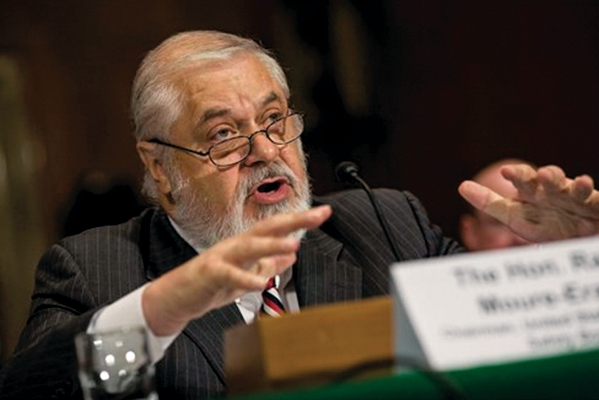 Credit: CSB
Moure-Eraso has been under fire from Congress.

Rafael Moure-Eraso will bow out as chairman of the Chemical Safety & Hazard Investigation Board (CSB) at the end of his term in June, he announced earlier this month. “This is my fifth and final year serving as chairperson,” he said at a recent news conference. As chair of the board, Moure-Eraso also serves as chief executive of the agency, which is charged with investigating chemical accidents. Since taking over in June 2010, Moure-Eraso has been asked to resign by several members of Congress who accused him of mismanagement. He also battled with the inspector general who oversees CSB, who said Moure-Eraso was obstructing an investigation. Moure-Eraso denied those charges, but also pushed through management reforms to improve the agency’s operations. CSB has been operating for years without a full slate of five members and at one point dropped to just two members. Last month, President Barack Obama nominated nanotechnology safety expert Kristen M. Kulinowski to fill the board’s one open slot. Moure-Eraso’s resignation means Obama can fill another seat on CSB.