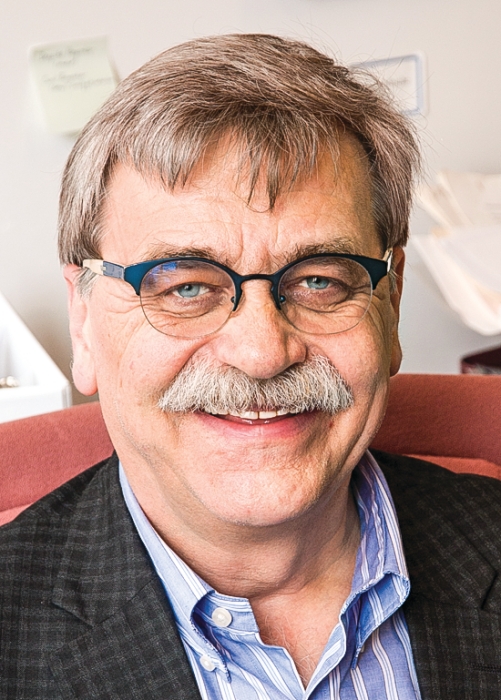 Sponsored by the ACS Division of Nuclear Chemistry & Technology

Heino Nitsche, who died on July 15, 2014, is being honored for the first studies of the chemistry of bohrium and hassium, for the confirmation of element 114, and for studies of actinides in the environment.

Born in Munich in 1949, Nitsche earned a B.Sc. in 1976 and a Ph.D. in 1980, both from the Free University of Berlin. His graduate work generally centered on nuclear chemistry and electrochemistry, in particular the properties of neptunium, according to a 2012 profile of Nitsche in Catalyst, a publication of the University of California, Berkeley, College of Chemistry.

After finishing his Ph.D., Nitsche moved to Lawrence Berkeley National Laboratory (LBNL) for what was supposed to be a one-year appointment. He stayed for 13 years, working first on the environmental chemistry of actinides and later helping to search for new heavy elements.

But LBNL lured him back in 1998, when he became the founding director of the Glenn T. Seaborg Center and leader of the Heavy Element Nuclear & Radiochemistry Group, as well as a chemistry professor at UC Berkeley. He stayed at LBNL and Berkeley until his death at age 64.

Nitsche “was a big-picture kind of guy,” says Richard Wilson, a chemist at Argonne National Laboratory and one of Nitsche’s former graduate students. “He had broadly scoping research programs. He did nuclear chemistry, radiochemistry, actinide chemistry, and a lot of analytical chemistry as well.”

Nitsche pioneered superheavy element chemistry by working with an international collaboration to create bohrium oxychloride and hassium oxide. Just before he died, he was “giddy” to be in Japan, sitting shifts on a beamline as part of a team that synthesized seaborgium hexacarbonyl, Wilson says.

On the environmental side, “I think one of the achievements that he was particularly proud about was work he did in Germany on the identification of calcium uranyl carbonate species,” Wilson continues. The species is key for uranium transport in groundwater and continues to be studied as an important component of aqueous uranium chemistry.

Additionally, Nitsche was passionate about training the next generation of scientists. He was thoughtful about giving his students the advocacy they needed to succeed along with independence and room to fail, Wilson says. Nitsche also rarely spoke at international meetings, instead preferring to have his students present their work, Wilson tells C&EN.

A symposium in Nitsche’s honor will be held by the Division of Nuclear Chemistry & Technology.

People
Heino Nitsche
Synthesis
ACS Award For Distinguished Service In The Advancement Of Inorganic Chemistry
Synthesis
ACS Award In Organometallic Chemistry
Share X
To send an e-mail to multiple recipients, separate e-mail addresses with a comma, semicolon, or both.
Title: Glenn T. Seaborg Award For Nuclear Chemistry
Author: Jyllian Kemsley
Chemical & Engineering News will not share your email address with any other person or company.