Obama’s Proposed R&D Budget Would Give Science A Boost

President Barack Obama’s proposed fiscal 2016 R&D budget would boost science support across almost all research agencies. NOTE: Budget for R&D activities only. a Includes the National Institutes of Health. b Includes the Smithsonian and the Departments of Education, the Interior, Transportation, and Veterans Affairs. SOURCE: White House Office of Management & Budget

In his opening bid to the Republican majority leading the 114th Congress, President Barack Obama proposed a fiscal 2016 budget calling for ambitious spending increases for science and technology.

But the annual request for discretionary funds, delivered to Capitol Hill on Feb. 2, was largely considered dead on arrival, critics contend. Instead, it’s widely viewed as a reflection of the President’s priorities for his last two years in office.

Overall, the White House is seeking a 6% increase for federal R&D funding to $146 billion in 2016, a significant increase with inflation expected to be under 2%. However, Obama’s proposal for basic research would rise by less than 3% to $32.7 billion, in line with his request for 2015, which was nearly flat for all research programs. For example, the Department of Defense would see its basic research funding cut by 8% in 2016 despite receiving an increase in overall R&D funding.

The President’s request is heavily tilted toward applied programs, such as climate change, public health, and advanced manufacturing, says Michael S. Lubell, director of public affairs at the American Physical Society. Total applied research would receive a 4% increase to $34.1 billion. “To some degree it is a replay of last year, although the numbers start off higher,” Lubell adds.

In a controversial move, the $4.0 trillion budget proposal rolls back cuts from sequestration, a budget cap that resulted in across-the-board cuts starting in the second half of 2013. Designed to chop $1.0 trillion in discretionary spending over 10 years, the sequester sets large-scale budget caps, and Congress is free to move money around within them.

Obama says he wants to put an end to this “mindless austerity” and is calling for an increase in spending for domestic programs.

“These numbers, as a package, probably don’t really work unless Congress acts to raise the discretionary spending cap,” says Matt Hourihan, director of the American Association for the Advancement of Science’s R&D Budget & Policy Program. “I think it may be a tough sell in this Congress to go as far as the President would like.”

Two new public health initiatives emerge in the President’s proposal. The budget includes $215 million to create a precision medicine program that Obama introduced in his State of the Union address. It also includes $1.2 billion spread across multiple agencies for combating antibiotic-resistant bacteria—nearly double the federal funds allotted in 2015.

Manufacturing continues to be a priority. For example, at the National Institute of Standards & Technology—a program creating partnerships among industry, academia, and government to study important manufacturing challenges—would receive $150 million under the budget plan.

Republicans who control Congress have their own ideas for shaping the nation’s spending, and they will make decisions on federal allocations in fiscal 2016 through their control of the appropriations process. But their spending bills will need Obama’s signature to become law. 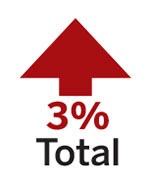 It has been years since a divided Congress has been able to reach bipartisan agreement on a budget through the normal legislative process. But if all goes according to schedule now that both chambers are controlled by the GOP, the bills would be signed by the President no later than Sept. 30, the last day of fiscal 2015.—Jessica Morrison

President Obama’s plan wouldn’t give NIH the sizable 7% budget increase some other federal agencies might receive in 2016. But a 3% boost to $31.3 billion—a $1.0 billion increase over 2015 funding—far exceeds the meager increase he sought last year of 0.5%, well below the rate of inflation.

Several of the President’s major research initiatives focus squarely on NIH. Most prominent is the Precision Medicine Initiative, which aims to improve access to treatments tailored to individual patients. To accomplish that, scientists want to examine genetic, lifestyle, and biological data from 1 million volunteers. NIH would get a proposed $200 million for precision medicine in 2016. The agency plans to start with cancer research, the area in which personalized therapies are furthest along, and then expand to a bevy of other diseases.

Three other interagency efforts with presidential backing would give NIH substantial funding. It would get $100 million as part of an effort to curb the problem of antibiotic resistance. NIH’s part of the Brain Research through Advancing Neurotechnologies, or BRAIN, Initiative would receive $135 million, up $70 million from 2015. And its work on Alzheimer’s disease would get $50 million.

The budget request would also allow NIH to increase the number of competitive awards by just under 14% to 10,303 in 2016. If approved by Congress, the gain would be welcome news for the science community, which has been disturbed by the institute’s historically low funding rates. 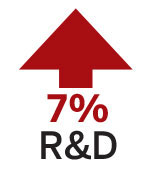 As for the fate of individual institutes, the National Cancer Institute is asking for an almost 3% increase, up to $5.1 billion. And the National Institute of General Medical Sciences, which supports a great deal of chemistry research, also wants an almost 3% hike to $2.4 billion.—Andrea Widener

When he presented DOE’s $29.9 billion budget request, Secretary of Energy Ernest Moniz emphasized that the agency makes critical investments in chemistry, physics, climate, and other energy-related sciences. The DOE budget represents a 9% increase over the 2015 level for all programs, including an increase of 7% in science support for “the backbone of America’s research community,” Moniz says.

The Office of Science would get a proposed $5.3 billion to strengthen basic research, 5% above last year’s enacted level. This would allow DOE to continue to lead basic research in the physical sciences and strengthen the connection between advances in fundamental science and technology innovation, according to the agency.

The biggest Office of Science increases are for infrastructure at the agency’s national laboratories, up 43% to $113 million to support new construction and retrofits. The request for basic energy sciences, including chemistry and physics, is $1.9 billion, an almost 7% increase. However, the fusion energy science research program would take a hit of 10%, down to $420 million in the 2016 request. To show what consistent long-range support for science would look like, the budget includes projections for future Office of Science requests, increasing by $100 million each year to $5.7 billion in 2020.

Outside the Office of Science, DOE requests $10.4 billion for science and energy research, up almost 13% over the 2015 level of $9.1 billion. The energy efficiency and renewables research program request is up to $2.7 billion, an increase of 42% to support the Administration’s climate objectives. Finally, the Advanced Research Projects Agency—Energy, which develops cutting-edge technologies, received a 16% boost in requested funds to $325 million. 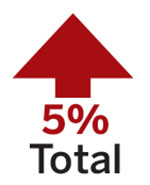 Under President Obama’s proposal, NSF’s total budget would grow by 5% over last year’s funding level to $7.7 billion. But the Mathematical & Physical Sciences Directorate, which supports most of the agency’s chemistry research, wouldn’t see quite as much of a bump, with a proposed 2% increase over 2015 to $1.4 billion.

The Chemistry Division would get a slightly bigger boost, up 3% to $251 million. The largest increases would go to infrastructure projects, including an additional $1.5 million for major research instrumentation proposals.

Across NSF divisions, the greatest gains, more than 7%, are slated for the social sciences and the Office of International & Integrative Activities, which supports interdisciplinary and international research. Many of those programs are reflected in the agency’s new cross-disciplinary proposals, including its work on the interagency BRAIN Initiative, which would receive $144 million, up 35% from 2015. Research on the intersection of food, energy, and water would get $75 million in new funding, and work to examine the risk of and response to extreme events would receive a 190% increase to $58 million in 2016.

A smaller initiative would allow the agency to examine what works in efforts to increase diversity in the science workforce, says NSF Director France Córdova. The $15 million would allow NSF to examine its approach to diversity programs and to ensure that its endeavors to encourage the participation of women and minorities in science yield better results.

“How do we scale up all of the good efforts we’re doing?” Córdova asks. “The only way to do that is to look at it as a system.”—Andrea Widener

Share X
To send an e-mail to multiple recipients, separate e-mail addresses with a comma, semicolon, or both.
Title: Obama’s Proposed R&D Budget Would Give Science A Boost
Author: Government & Policy Department
Chemical & Engineering News will not share your email address with any other person or company.