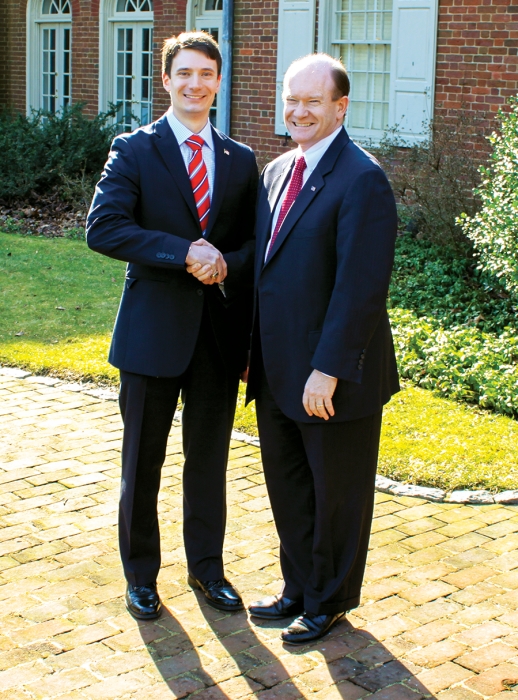 To better reflect the changing political and economic climate, the American Chemical Society has rewritten its official policy statements on science and technology in the federal budget, scientific integrity in public policy, and sustainability and the chemical enterprise.

“The political and economic environment in Washington, D.C., has changed dramatically in the last five years, and in these areas of major importance to the society, we’re trying to make sure that what we’re saying on behalf of the society is going to be effective,” says Ray Garant, assistant director of public policy in the ACS Office of Public Affairs.

ACS currently has policy positions on 24 issues in four broad areas: fostering innovation through research and technology, strengthening science education and the scientific workforce, advancing science through openness, and promoting science and sustainability in public policy.

These statements represent the interests of ACS’s more than 158,000 members and serve to inform members, the general public, and policy-makers on issues of interest to the society. “The goal of these statements is to inform policies that are being made by our government,” says Glenn S. Ruskin, director of the ACS Office of Public Affairs. “We want to keep the policy statements really tightly focused on what is the issue and what are ACS’s recommendations.”

Each policy statement is drafted by an ACS governance committee or a division, with input from ACS members, and then presented to the board of directors’ Public Affairs & Public Relations (PA&PR) Committee for review. In addition to approving the statements, PA&PR can also renew, revise, or retire a statement. Each statement is active for three years before it’s up for review.

Susan B. Butts, chair of the Committee on Chemistry & Public Affairs, which is involved in drafting several policy statements annually, points out that it’s important to update these policies every three years because “sometimes the science changes, or we have a better understanding of the science, or sometimes the world around us changes.”

Six ACS position statements are set to expire at the end of 2015. Society members are encouraged to review the expiring statements and to offer their thoughts and comments to the ACS committees considering revisions, as well as to provide input on other statements that should be developed or changed. The following are links to the statements up for review:
Energy
Health Care
Inherently Safer Technologies
Innovation & Entrepreneurship
Regulation of Laboratory Waste
Testing for Endocrine Disruption

In addition, two new policy statements are currently being explored:
◾ Fracking
◾ Water
Comments and suggestions on any of these topics should be submitted to policy@acs.org.

For example, the science and technology in the budget policy statement has been rewritten to take a more conservative recommendation toward increasing federal investments in R&D. Rather than urging Congress to continue doubling its spending in R&D, which was more realistic in stronger economic times, the revised statement urges policy-makers to raise the current levels of R&D funding from 0.9% of the gross domestic product (GDP) to 1.2%, which was the funding level in the 1970s. This new target “should resonate better in the current economic and political environment,” Garant says.

The scientific integrity in public policy statement—which supports using scientific research and analysis to help develop and evaluate policy options—also got a rewrite. Garant says that major ideas within the document have been organized under specific themes such as Congress and federal agencies, scientific processes and procedures, and scientific access and advice. “We hope it’ll enable members to help make the case for how science should be used in the policy arena and why it’s important that it be considered in that arena,” he says.

The sustainability and chemical enterprise statement, which supports government incentives for sustainable technologies, got a similar update, reorganizing the statement’s key messages to be clearer and more focused. ACS recommends, for example, that the government use tax incentives and subsidies to encourage private investment in the research and development of sustainable technologies and processes.

In other actions, three policy statements underwent minor updating that does not substantially affect the policy recommendations. These are the statements on the U.S. business climate, hands-on laboratory science, and visa restrictions and scientific progress.

Four policy statements were extended for three years without any changes. These are the statements on retirement security, teaching of evolution, freedom of international scientific exchange, and encouraging Americans to support professional and educational activities through financial donations.