Ernest Guenther Award In The Chemistry Of Natural Products 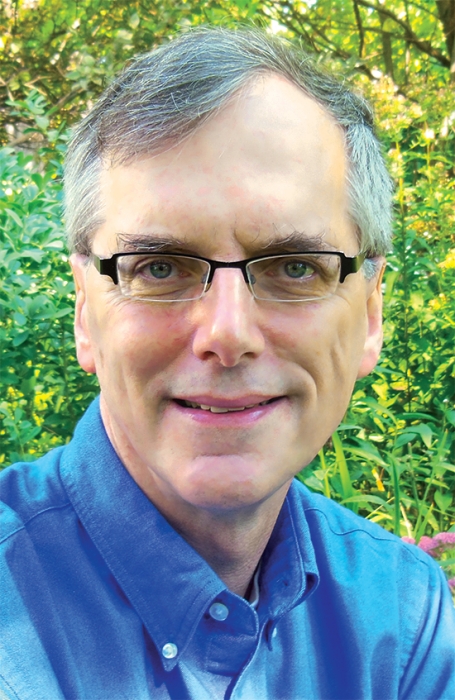 Thomas Hoye didn’t set out to become a chemist. Hoye went into his freshman year at Bucknell University thinking he’d be an engineer. But his fate was sealed after a summer doing research in the labs of Harold Heine, whose enthusiasm for sniffing out a research problem was infectious.

“I can still remember him getting a glint in his eye and saying, ‘The game is on,’ ” Hoye recalls, adding that his own students have often heard him utter those same words.

He zeroed in on natural product research during graduate school at Harvard University, where he took E. J. Corey’s organic synthesis course. “I knew within a couple of weeks in that course that this is what I wanted to do,” Hoye says. He settled into the labs of Robert Burns Woodward and after graduating took a position at the University of Minnesota, where he’s been ever since.

Colleagues note that although most chemists focus on either total synthesis or structural determination of natural products, Hoye has excelled in both areas. Moreover, Hoye has a knack for not just solving a problem, but digging deep into each step of the research process to unearth observations that have wide relevance.

“Tom’s syntheses are characterized by the highest level of creative and clever strategies and reaction choices, and they often spawn methods or concepts that have broad applicability,” says Amos B. Smith III, associate director of the Penn Center for Molecular Discovery at the University of Pennsylvania. “His insightful natural product structural studies have led to the development of many associated, innovative NMR strategies.”

“I tell my students again and again, ‘It’s all in the details,’ ” Hoye says. “That little blip in the GC/MS, the extra coupling constant in the NMR spectrum—I spend a lot of time with my students poring through the raw data to extract those little hints and signals that point the way to new developments.”

Among Hoye’s accomplishments, he’s proudest of the concepts and strategies to have come out of his lab, which include polyepoxide cascade reactions, the development of desymmetrization strategies in synthesis, and relay ring-closing metathesis.

An oft-cited example of how analysis can lead to fundamental discovery came in 2012, when Hoye’s lab was studying the spontaneous, or non-enzyme-mediated, biosyntheses of natural products. While trying to make a substrate to test whether a step in a biosynthesis was spontaneous, Hoye stumbled upon a way of making benzynes through simple thermal cyclo­isomerization of triynes, now known as the hexadehydro-Diels-Alder reaction.

“A hallmark of Tom’s work is the deep insight he brings to the analysis of every problem, whether conceptual, mechanistic, structural, or spectroscopic in nature,” says Harvard’s Yoshito Kishi. “Perhaps the most remarkable of all of his work is his lab’s beautiful development of the hexadehydro-Diels-Alder reaction.”

Hoye will present his award address before the Division of Organic Chemistry.

Profiles
9 Black chemists you should know about
Obituaries
Obituary: Arthur D. Broom
Obituaries
Obituary: Robert R. Holmes
Share X
To send an e-mail to multiple recipients, separate e-mail addresses with a comma, semicolon, or both.
Title: Ernest Guenther Award In The Chemistry Of Natural Products
Author: Lisa Jarvis
Chemical & Engineering News will not share your email address with any other person or company.