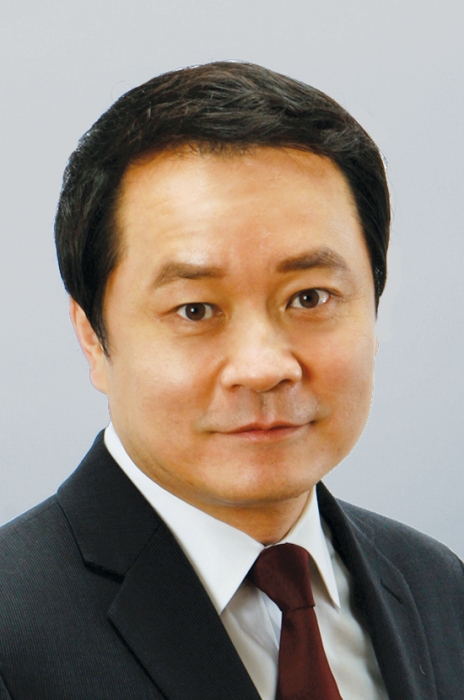 Just one generation ago, scientists dreamed of one day probing the secrets of chemistry and biology at the single-molecule level. Thanks to the creativity of researchers such as Xiaoliang Sunney Xie, the Mallinckrodt Professor of Chemistry & Chemical Biology at Harvard University, that level of molecular dexterity is fairly common nowadays.

Xie is widely recognized as a pioneer in single-molecule biophysical chemistry for his development and implementation of single-molecule analytical techniques. In the 1990s, Xie demonstrated the feasibility of studying dynamics of individual molecules at room temperature via fluorescence detection.

That fluorescence work underpinned his research team’s real-time observation of enzymes mediating catalytic reactions (turnovers) one reaction at a time. The landmark investigation fundamentally changed researchers’ understanding of biological kinetics by showing that single-enzyme rate constants fluctuate in time. Such fluctuations have since shown up in many systems.

In the early 2000s, Xie’s group developed an electron-transfer method for directly probing conformational dynamics in individual protein molecules responsible for the enzyme fluctuations. More recently, the Harvard group grabbed headlines with its real-time observation of protein production in a living cell, one molecule at a time. That work provided a fundamental way to quantify crucial processes in biology.

The team has also applied its single-molecule techniques to gene-expression studies and DNA-protein interactions in living cells. Those investigations have proved that individual molecules can alter a cell’s phenotype, demonstrating the importance of single-molecule measurements.

In 2012, Xie and coworkers invented a single-cell whole-genome amplification method. The technique enables nearly the entire genome of a single cell to be sequenced in a way that can detect a single point mutation. With the aid of this method, two babies were born in 2014 via in vitro fertilization, free from their parents’ genetic diseases associated with point mutations.

As an undergraduate student at Peking University, Xie, now 52, majored in chemistry. Upon graduating in 1984, he moved to the University of California, San Diego, where he earned a Ph.D. degree in chemistry in 1990. He then served as a postdoctoral fellow at the University of Chicago for two years before taking a research position at Pacific Northwest National Laboratory. He began his career as a tenured professor at Harvard in 1999.

Among other accolades, Xie was honored with the Department of Energy E. O. Lawrence Award, the Biophysical Society’s Founders Award, and the National Institutes of Health Director’s Pioneer Award. He is also an honorary fellow of the Chinese Chemical Society and has received scholarly awards from Germany and Israel.

Xie will present his award address before the Division of Physical Chemistry.

Profiles
9 Black chemists you should know about
Obituaries
Obituary: Arthur D. Broom
Obituaries
Obituary: Robert R. Holmes
Share X
To send an e-mail to multiple recipients, separate e-mail addresses with a comma, semicolon, or both.
Title: Peter Debye Award In Physical Chemistry
Author: Mitch Jacoby
Chemical & Engineering News will not share your email address with any other person or company.