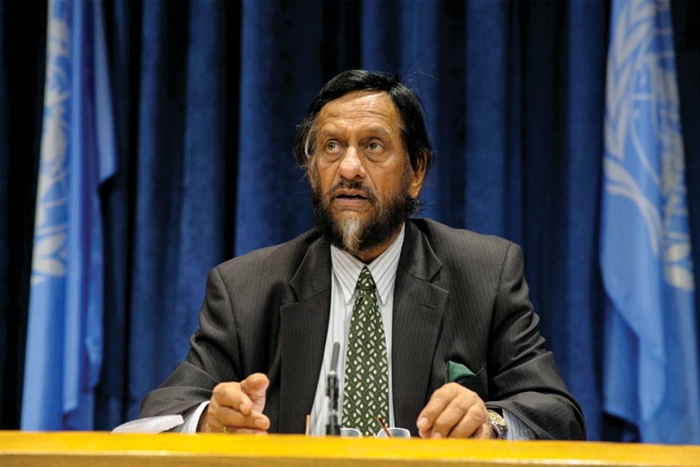 A shake-up is under way at the Intergovernmental Panel on Climate Change (IPCC) following accusations of sexual harassment by its chair, Rajendra K. Pachauri.

Pachauri, though he has denied the accusations, has resigned his IPCC post.

News outlets in India are reporting that a female researcher at the Energy & Resources Institute in New Delhi, which Pachauri directs, filed the harassment allegations with police. Pachauri, 74, an engineer and economist, has led IPCC since 2002. In 2007, he accepted the Nobel Peace Prize on behalf of IPCC.

Pachauri weathered several storms while at the helm of IPCC. In 2009, climate change skeptics seized on stolen e-mails from scientists who served on IPCC and posted the communications on a website as evidence that the panel supposedly lacked scientific integrity. Under Pachauri’s watch in 2010, IPCC acknowledged that its 2007 assessment of climate science overestimated how fast Himalayan glaciers would melt.

After the latter flap, the InterAcademy Council (IAC), a coalition of national scientific academies, investigated the global climate panel. IAC recommended that the IPCC chair and the heads of its working groups should hold those posts only for the time it takes the panel to conduct a single assessment.

Pachauri, who had already led IPCC through one assessment, rejected the suggestion. He continued as IPCC chief while the panel compiled its most recent assessment, issued a year ago. His term was scheduled to end in October.

Last week, IPCC tapped its vice chair, Ismail El Gizouli, an energy and environment specialist from Sudan, as the panel’s acting chair. This move “will ensure that the IPCC’s mission to assess climate change continues without interruption,” says Achim Steiner, executive director of the United Nations Environment Programme. IPCC says it will elect new officers, including a new chair, in October.