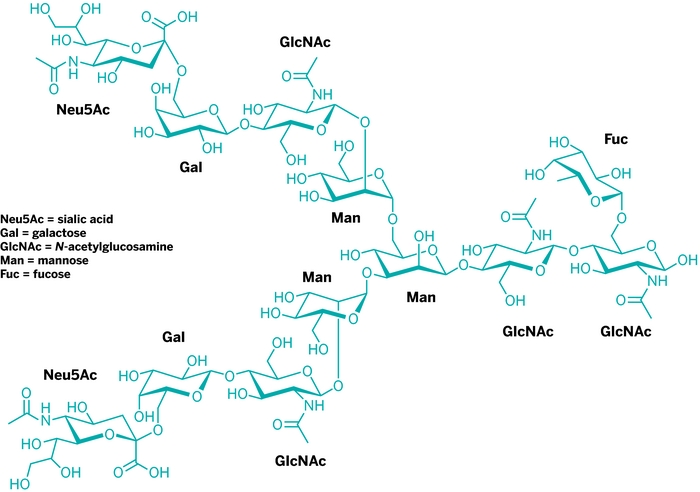 Glycans, sugar polymers that decorate proteins and lipids, mediate molecular recognition and signaling processes in cells. Because of their critical role in cell biology, scientists want to synthesize and study glycans. But chemical line structures of glycans such as the one above are difficult to interpret at a glance. To make representing glycans easier, scientists have developed two major graphical shorthand notations—the Essentials and Oxford systems—similar to the way amino acids are represented as single letters or sets of three letters, such as “A” or “Ala” for alanine. Carbohydrate chemists and glycobiologists have now agreed on an expanded and standardized symbol nomenclature based primarily on the Essentials notation (Glycobiology 2015, DOI: 10.1093/glycob/cwv091). The agreement “is a major step, as without a common vocabulary and language the glycosciences cannot advance as genomics and proteomics have,” says carbohydrate chemist Peter H. Seeberger of the Max Planck Institute of Colloids & Interfaces. For nonglycan experts, here we explain the two notation systems. ▪ 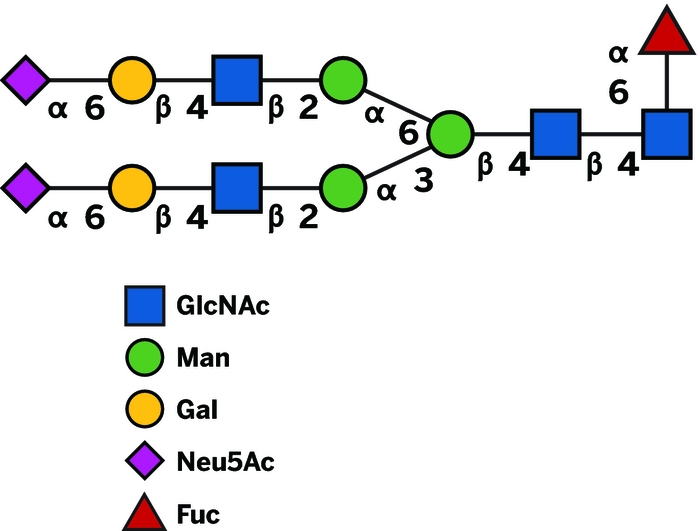 THE ESSENTIALS SYSTEM, the more widely used of the two, is named after “Essentials of Glycobiology,” the textbook in which it was first published in 1978. The notation represents individual sugars as colored symbols and depicts how they connect in the glycan. Over the years, scientists have expanded it to include additional symbols for most common monosaccharides found in nature. Scientists sometimes include linkage information along the glycosidic bonds connecting the sugar symbols. They use “α” and “β” to represent the two stereochemical types of glycosidic bonds and numbers to denote the ring position of the carbon on the sugar on which the glycosidic bond originates. But linkage information can be omitted in the notation. 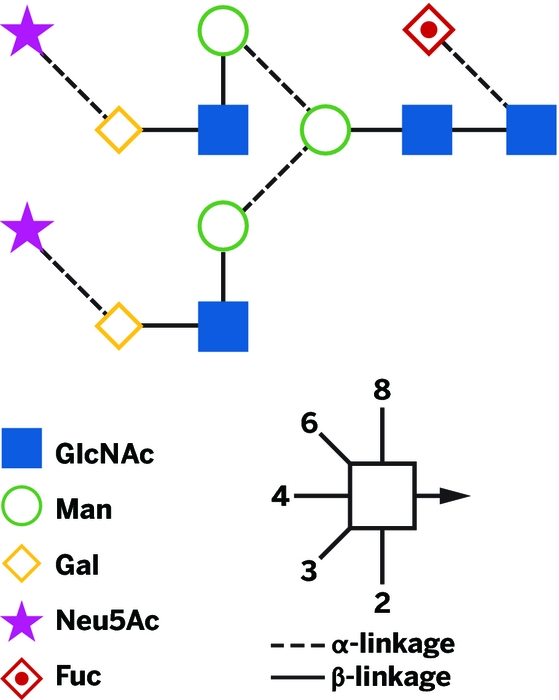 THE OXFORD SYSTEM was designed by scientists at the University of Oxford’s Glycobiology Institute in 2009 to be readable in black and white, but the notation is prettier when colorized. Some of the Oxford scheme’s monosaccharide symbols differ from those in the Essentials scheme. Linkages between sugars are encoded as dashed lines for α stereochemistry or solid lines for β. The angles of the lines denote the ring position where the bond originates. The newly standardized Essentials system permits an optional mixed form of notation in which the Oxford system’s angles and dashed and solid bonds are used but its sugar symbols are not.

Computational Chemistry
BigSMILES: Machine-readable notation goes polymeric
Synthesis
Molecules of the year
Synthesis
An enantioselective synthesis of (+)-psiguadial B
Share X
To send an e-mail to multiple recipients, separate e-mail addresses with a comma, semicolon, or both.
Title: Glycan Notation Standardized At Last
Author: Stu Borman
Chemical & Engineering News will not share your email address with any other person or company.

Comments
Martha Azuero (January 13, 2016 9:13 AM)
I am sure it will improve communication in science and it will also help students to understand and memorize the structures
Reply »