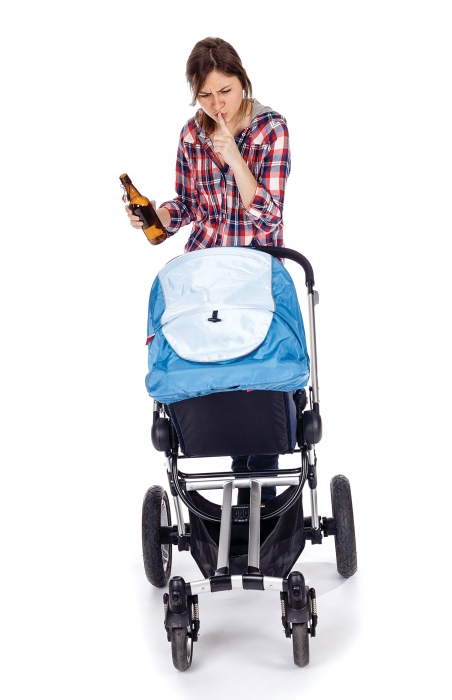 In addition to stocking up on diapers and wipes, families in Germany preparing for a newborn often make beer runs—for the breast-feeding mom-to-be. Nurses and midwives in the country commonly recommend a steady stream of alcohol-free wheat beer to boost breast milk supply.

The German penchant for pints is well-known: Beer is consumed at the movies and on the subway and is even warmed up as a comforting home remedy for cold symptoms. So it’s not much of a surprise that beer-loving, breast-feeding moms might enjoy an alcohol-free variety, which causes no harm to a baby. But does cracking open a frosty brew actually help boost breast milk production? Science says it just might.

University of Munich nutritionist Berthold Koletzko and his colleague Frauke Lehner reviewed the literature a while back for their book chapter “Beer and Breastfeeding” (Adv. Exp. Med. Biol. 2002, DOI: 10.1007/0-306-46830-1_2). It turns out that when researchers gave beer to non-breast-feeding women (and rats and sheep), levels of prolactin in their blood rose. This is significant because prolactin is a hormone responsible for initiating lactation in women.

Studies in sheep showed that beer powder, barley extract, and a crude malt extract triggered a prolactin rise, whereas a hop extract had no effect. Further basic chemical separations suggested that the prolactin-activating molecule in beer is not a lipid or a protein but a polysaccharide from barley. The review was based on only a few studies primarily conducted in the 1970s and ’80s, but the preliminary data suggested alcohol-free beer might indeed help boost breast milk production. Perhaps a new generation of scientists will hoist a stein in search of more conclusive data on the matter. 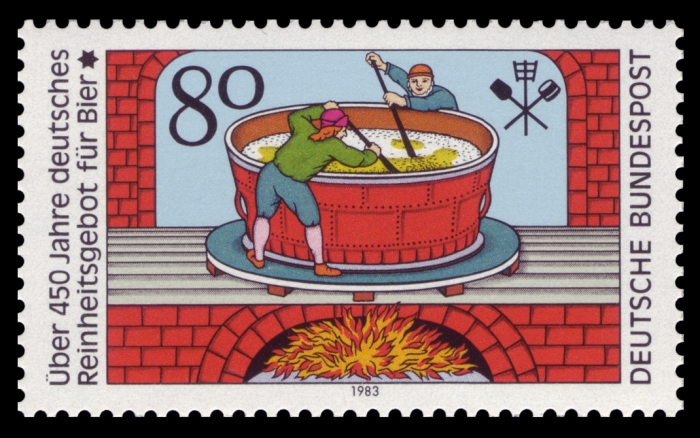 Newscripts suspects that the postpartum emphasis on wheat beer, which is brewed with a higher ratio of wheat to barley malt than other beers, is primarily based on taste. German brewers aren’t forthcoming about how they remove the alcohol without sacrificing flavor, though they point to vacuum distillation and reverse osmosis, two well-known strategies for removing ethanol from brew.

Vacuum distillation is a step up from standard distillation, in which alcohol is boiled off by heating the beer—to the detriment of taste. Under vacuum, the alcohol’s boiling point is reduced so that lower temperatures can be used to remove the alcohol, with fewer consequences to flavor. In reverse osmosis, beer is filtered to separate molecules the size of ethanol from the rest of the brew.

These flavor-saving techniques are especially important for any alcohol-free beer that wants to sport the Reinheitsgebot seal. The German beer purity law, which celebrates its 500th anniversary this year, limits the ingredients of beer to water, yeast, malt, and hops. This means the brewery can’t add flavor ingredients to the beer to replace any lost in the dealcoholization process. 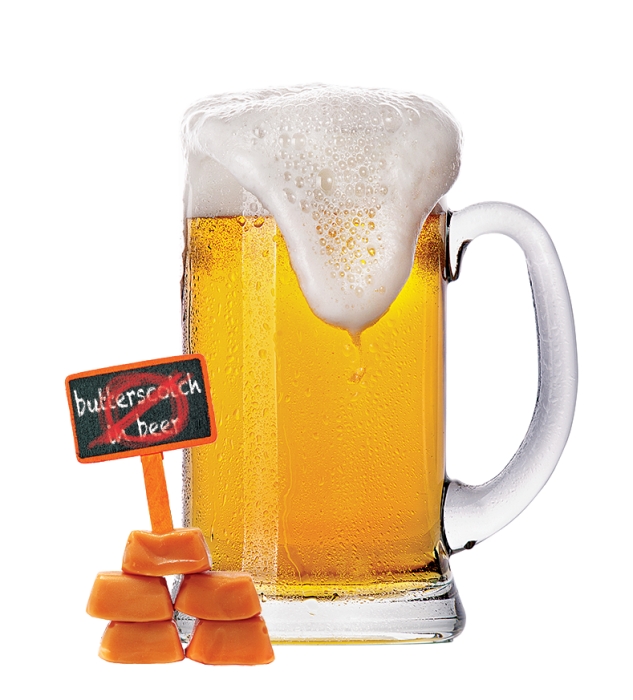 Diacetyl is made by yeast as a by-product during fermentation as the microbe produces the amino acid valine. Brewers typically just wait for the unwanted flavor to break down on its own—lagers undergo a so-called maturation process, which can take months. Impatient brewers have considered many strategies for avoiding diacetyl production in the first place. Besides the new DuPont enzyme, another idea is to add valine during fermentation so that the yeast don’t need to produce the amino acid themselves and thus don’t make unwanted diacetyl in the process (Appl. Microbiol. Biotechnol. 2013, DOI: 10.1007/s00253-013-4955-1).

Newscripts wonders whether the DuPont enzyme will become popular in Germany because adding it to brew may interfere with the Reinheitsgebot stamp of purity. But elsewhere, the enzyme may find application with brewers who don’t want to wait for diacetyl to break down on its own.

Environment
Beer yeast adapted to life with humans
Natural Products
What’s gluten-reduced beer, and can celiac patients drink it?
Business
Lactose-Free Milk Is More Prone To Long-Term Souring
Share X
To send an e-mail to multiple recipients, separate e-mail addresses with a comma, semicolon, or both.
Title: Alcohol-free beer may boost breast milk supply but still tastes good, and a new enzyme strips brews of buttery notes
Author: Sarah Everts
Chemical & Engineering News will not share your email address with any other person or company.

Comments
James Castro (March 14, 2016 1:15 PM)
It has been known for a long time that the butter or butterscotch flavor in spoiled beer (diacetyl) is produced by lactic acid bacteria of the genera lactobacillus and pediococcus, not by yeast. The bacteria are commonly called "beer sarcina." They are obligate aerobes and cannot produce diacetyl under a carbon dioxide atmosphere. A common cause of beer sarcina spoilage is a bad bottling line where air is allowed to get under the cap.
If the brewer's yeast can also produce diacetyl, that opens up a whole new can (or keg) of worms.
Reply »

OhioBrewer (March 15, 2016 1:19 PM)
brewer here. it is my understanding that yeast do in fact produce diacetyl during fermentation. diacetyl production may also occur post-fermentation by lacto or pedio but that would apply only to beers that are "infected" with those bacteria. and we'd know it if we had any significant culture in our beer and we'd dump it...unless of course we were making a sour beer.

further evidence that the compound is produced during fermentation is that we notice it's significantly more apparent in lagers or stressed ales. yeast become "stressed" if they're underpitched into high gravity wort or with the introduction of high levels of alpha acids by way of high hop use.

also I've never heard of the "several month" maturation process to clean up diacetyl. we remove any detectable level of it from our lagers in about 10 days and our ales in around 3.
Reply »