Since 1983, Small Business Innovation Research programs have served as one of the U.S.’s major support mechanisms for small business R&D. Grants and contracts from 11 federal agencies have supported almost $40 billion through more than 150,000 awards.
Source: SBIR analytics dashboard

Franchessa Sayler was a chemistry graduate student at the University of Alabama when a staff scientist there asked her to analyze a catalyst that kept failing to speed a reaction.

After doing some research, she got back to him. “I said, ‘This stuff is horrible,’ ” she remembers. He told Sayler if she could make something better, “people will be banging down your door to get it.”

Sayler took on that challenge and developed a better catalyst. Now she’s chief executive officer of a small business, ThruPore Technologies, which she cofounded with her adviser, Alabama chemistry professor Martin Bakker. They are working to move that catalyst from the lab to the marketplace with support from a Small Business Innovation Research (SBIR) grant from the National Science Foundation.

SBIR and its smaller sister program, Small Business Technology Transfer (STTR), support research at thousands of U.S. companies—including chemical start-ups—every year. The goal is to give companies the funds they need to turn their technology into a commercial product.

The SBIR and STTR programs run in separate funding phases.

“We essentially de-risk the technology so the next funder with the next infusion of money finds these products attractive,” says Matthew Portnoy, who heads the SBIR program at the National Institutes of Health.

SBIR funding has made a huge difference for thousands of small businesses since the program started in 1983. A few are now famous—Sonicare of toothbrush fame, Qualcomm, and Genzyme for example. But all start as small enterprises like ThruPore that are turning the results of research into successful businesses.

“SBIR is the outstanding early-stage public finance program in the world,” says Charles Wessner. He oversaw several reviews of SBIR at the National Academy of Sciences, where he was director of technology, innovation, and entrepreneurship for 20 years until he retired in 2014.

The program is so successful that other countries have copied some or part of the SBIR model, including Russia, Taiwan, Sweden, the Netherlands, and India. “It has become more important—rather than less—as venture capital has moved away from early-stage funding,” says Wessner, who is now a Georgetown University policy professor.

SBIR started in 1977 as an NSF pilot project. By 1982, it had proven so popular that Congress mandated that federal agencies start their own SBIR programs. The 11 largest federal research agencies now must spend a percentage of their R&D funding on SBIR and STTR. In 2015, that spending totaled more than $2.7 billion.

Ben Hernandez of NuMat Technologies can tell you that from personal experience. When his company first launched, he says, it would have been difficult to find funding from a source other than a federal grant because his technology wasn’t ready for the market.

“We increasingly rely on programs like SBIR to bridge the gap” between discoveries and large investors, who often shy away from unproven technologies, Hernandez explains. NuMat started out of Northwestern University research that revealed a better technique for storing gases at low pressure and now has several Department of Defense contracts. “It would have been incredibly challenging for us to take that leap from ‘here’s an idea’ to ‘here’s a product.’ ”

The biggest SBIR programs are at agencies with the largest research budgets. Each agency runs its program in its own way.

DOD’s SBIR program, the biggest in the federal government, channels its funds through competitive contracts that address technical challenges vital to the military’s mission, explains Steve Sullivan, who leads that program. DOD is often the customer for new military technology. “We are an investor and a consumer,” Sullivan explains.

Other agencies, such as NSF and NIH, choose their SBIR recipients through competitive, peer-reviewed grants rather than contracts, though the efforts they fund are in line with their mission. For NIH, that could include almost any health-related product or service that is needed in the marketplace. 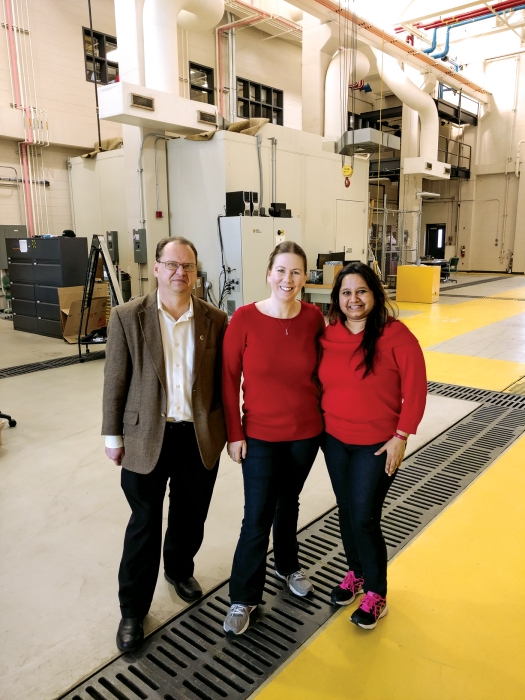 For NSF, the areas are even broader. “We believe that almost any innovative idea that has some commercial potential could fit into one of our topic areas,” says Balan, a chemical engineer who worked at several small businesses before coming to NSF.

That depth was important for Patrick McCarthy, CEO of ATRP Solutions. He says an SBIR grant from NSF allowed his company to get past a technical problem that had thwarted it from scaling up its polymer technology. The SBIR grant “was one of the key awards that made it possible for us to carry on our path in our business plan,” he explains.

Though each agency runs its own SBIR program, there are important similarities. All awards go to businesses with fewer than 500 employees, though most are much smaller. All applications undergo competitive review. And all awards go through a multistep funding process.

The first step of this process starts before companies even apply for an award. In that initial application, sometimes called Phase 0, the small businesses explain their product, its potential market, and the technical challenge they need to overcome to make their product commercially viable. The challenge must be specific.

“It is not basic research. It is not even late-stage applied research. It is product-based research,” NIH’s Portnoy explains. The applicant’s goals are specific to its technology. This could be developing a prototype, scaling up a process, or conducting an early clinical trial.

Next, applications are reviewed, usually by a mix of academics and industry experts. Phase I awards are around $150,000 for six to 12 months. Success rates for SBIR are similar to those for other federal research grants, usually between 15 and 20%, according to the SBIR website.

The goal of Phase I is to conduct initial research to find out whether a technical problem can be solved. “You really have to try to answer that big thumbs-up/thumbs-down question in those six months,” Balan says.

We believe that almost any innovative idea that has some commercial potential could fit into one of our topic areas.

Competition for awards is what makes SBIR valuable, McCarthy says. It tells investors or potential customers that an enterprise has been vetted. “This is a stamp of approval,” he says.

That is especially true of companies that make it past Phase I funding and go on to get a Phase II award. The Phase II application includes a formal R&D plan, a commercialization plan, and letters of support from companies who are interested in the future product. “We really ask for a lot, but nothing different from what any private investor would ask,” Balan says.

The success rate for Phase II applications is 30–40%, much higher than those in Phase I, because companies have already been vetted in the first round. But they have to show how they will spend between $1 million and $1.5 million in support over two years. Some agencies also offer up to $1 million more in matching funds if the small business can find an established company to invest in its research.

Phase III is the commercialization phase. This is when SBIR support stops and companies have to find other funding. “Phase III is where we hope we will read about the companies on the front page of the Wall Street Journal,” Balan jokes.

At DOD, Phase III is when the department decides if the SBIR-supported small business is ready to get traditional contracts, Sullivan says. About a quarter of initial recipients go on to get DOD funding.

At other agencies, Phase III means the company must find angel investors, strategic partners, venture capital, or another company willing to acquire it.

“It’s really a terrific program. We’ve seen companies come in raw at Phase 0, and you can see at the end of Phase II that they have metamorphosed into real businesspeople,” Balan says.

For AxioMx, which now has about 30 employees, SBIR was an integral part of its early-stage R&D process, says Michael Weiner, the company’s founder and chief scientific officer. Several times a year, AxioMx’s R&D team pitched ideas for projects that could become SBIR projects—in fact at one point the company’s research was fully supported by six SBIR grants.

Those projects were so successful that the company, which aims to speed the development of antibodies, was acquired late last year by U.K.-based Abcam. “The SBIR program allowed us to do the research needed to make us attractive and sell the company,” Weiner says.

Even if a company doesn’t get an SBIR award, it can reap a big benefit from applying for one: “You can have NIH reviewers review your science and give you input into it,” he says.

After successfully getting Phase II funding, Sayler and her ThruPore colleagues are working to scale up production of their catalyst and seeking outside investors.

Without SBIR funding, they likely would have had to sell a big chunk of the company by now, she says. “Funding from the SBIR program definitely enabled us to do the research that was needed to make us attractive to an acquiring company.”