Doodles by the Darwin brood and elemental dancing

Darwin’s kids illustrate ‘On the Origin of Species’

[+]Enlarge
Credit: American Museum of Natural History and Cambridge University Library
“Fish with Legs”: Water-loving animal protects itself from the rain in this drawing by Darwin’s progeny. 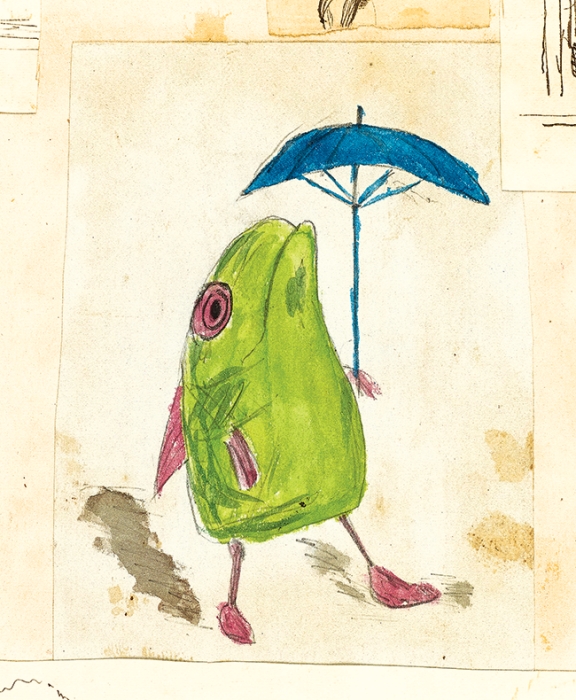 Credit: American Museum of Natural History and Cambridge University Library
“Fish with Legs”: Water-loving animal protects itself from the rain in this drawing by Darwin’s progeny.

They say a picture is worth a thousand words. If that’s true, then the children of Charles Darwin dramatically increased their father’s word count by doodling over his original manuscripts.

Totaling 94 different images, the playful artwork by Darwin’s kids was unearthed by the American Museum of Natural History’s Darwin Manuscripts Project. DMP is currently in the process of creating digital copies of Cambridge University Library’s prolific collection of Darwin-penned writing. It was during this process of scanning Darwin’s oeuvre and posting the electronic copies online that DMP stumbled upon the drawings.

Produced using pencil, ink, and watercolor, the colorful pictures appear on the back of original manuscripts for books such as the landmark “On the Origin of Species.” There are realistic-looking caricatures of uniformed riflemen, but there are also whimsical depictions of soldiers riding fruits and vegetables into battle and of a walking fish holding an umbrella.

According to David Kohn, director of DMP, it is fortunate that Darwin’s children doodled on their father’s work. Otherwise, the documents might not have survived. In the case of “Origin of Species,” Kohn tells Newscripts, fewer than 40 pages of the book’s original approximately 600-page manuscript still exist. And of those 40 pages, the four pages featuring doodles by Darwin’s kids most likely survived because the illustrations were cherished by the Darwin family, he says.

Kohn adds that the drawings are important because they paint a more complete picture of who Darwin actually was. “These drawings,” he says, “give a sense of the great scientist as a real person.” 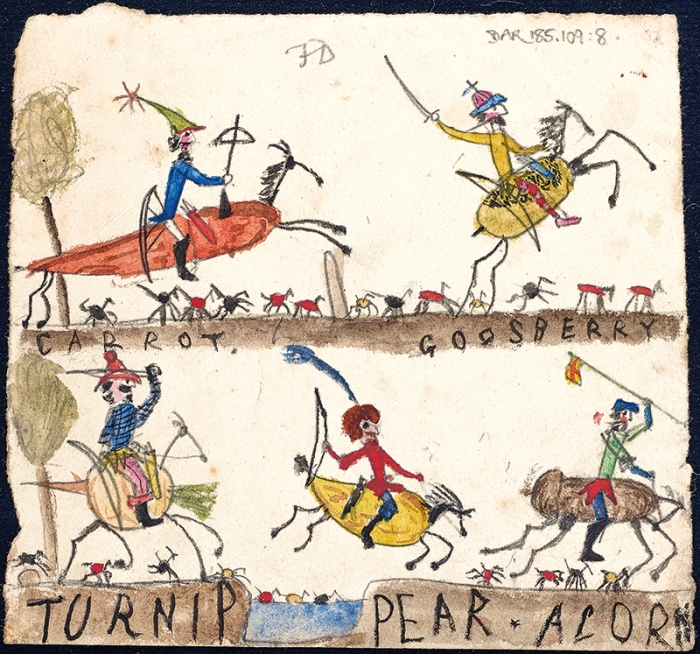 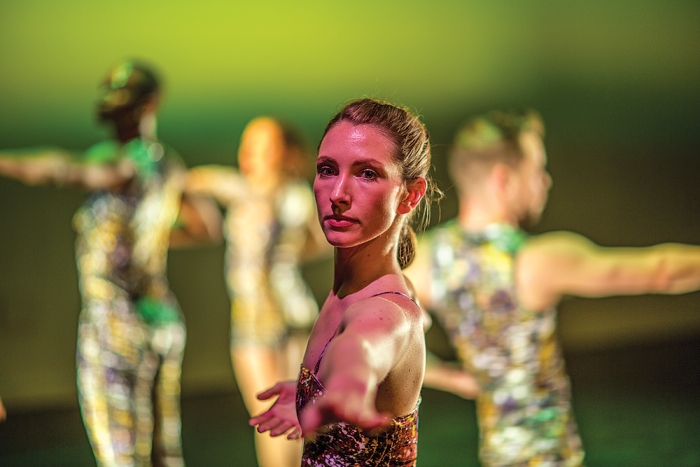 Credit: William Chafkin
Dancer in her element: Katie Weir appears in a performance inspired by antimony.

For those looking for further creative insight into humankind, Brooklyn Academy of Music (BAM) has just the thing: a dance performance inspired by the chemical element antimony that also doubles as a meditation on the human condition.

The work, titled “Antimony (51),” comes from the mind of Ben Munisteri. The choreographer tells Newscripts that the 51st chemical element provided a wealth of inspirational material from which to draw in the development of a dance.

For starters, antimony typically appears alongside other elements in nature, a fact that led Munisteri to “think about the metaphor of human coupling” and choreograph duets into his performance. The pinging sounds produced when antimony is heated and then cooled inspired Munisteri to set his dance to chiming cello music. And because antimony is the 51st element and Munisteri will be turning 51 this year, he says the dance has “sort of an autobiographical element to it.” Munisteri then adds with a smile, “Excuse the word ‘element.’ ”

To give “Antimony (51)” a solid basis in chemistry, Munisteri, who is choreographer-in-residence at Lafayette College, enlisted the help of Lafayette chemistry professor Roxy Lowry Swails. Munisteri says Swails’s counsel had a huge impact on the creation of his dance. For instance, at the beginning of the dance’s development, Munisteri had choreographed movements meant to mimic an electron orbiting a nucleus. But after hearing Swails describe the concept of electron clouds, “I cut out all the orbiting motifs that I had in my work, and I tried to go for something like a cloud around a nucleus,” he says.

“To her, she was explaining very simple concepts,” Munisteri adds. “But to me, it was completely eye-opening.”

Chemists hoping for their own eye-opening antimony experience can check out Munisteri’s play at the BAM Fisher Fishman Space from April 21 to 23.

Science Communication
Book covers and Disney characters—there’s a periodic table for everything
Synthesis
Berlin exhibit features alchemical oddities from around the globe
Analytical Chemistry
Method uncovers color hidden in ancient Greek marble
Share X
To send an e-mail to multiple recipients, separate e-mail addresses with a comma, semicolon, or both.
Title: Doodles by the Darwin brood and elemental dancing
Author: Jeff Huber
Chemical & Engineering News will not share your email address with any other person or company.