The role of chemistry in the American energy revolution

Perspectives: Surging oil and natural gas production promises a continuing resurgence in U.S. manufacturing, with benefits for years to come 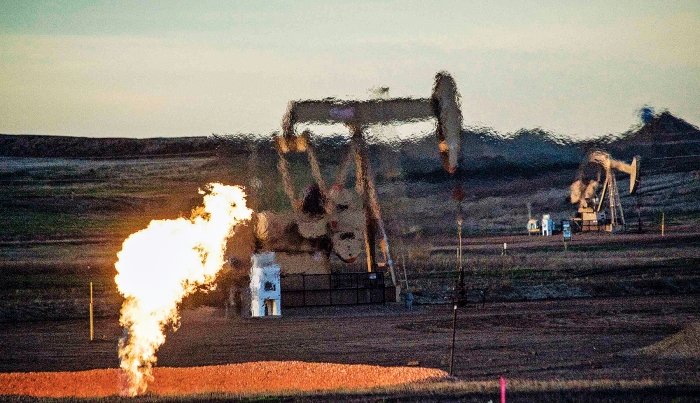 Credit: Andrew Cullen/Reuters/Newscom
Extraction facilities such as this one in North Dakota play a part in the U.S.’s leading position in oil and natural gas production.

Thanks to advances in hydraulic fracturing and horizontal drilling, the U.S. is now the world’s leading producer of oil and natural gas. In less than 10 years, crude oil production has increased 88% and natural gas production has jumped 48%. But the impact extends well beyond the energy industry. This production resurgence has created chemical manufacturing jobs and helped drive down energy imports. Perhaps more important, it has saved U.S. households an average of $1,200 per year, according to a study from consulting firm IHS. Drivers saved more than $500 in transportation fuel last year, home heating costs have declined, and electricity bills dropped on average by one-third nationwide.

Jump in U.S. natural gas production in the past decade

Growth in U.S. chemical production in 2015

Chemical projects in the U.S. expected to come online by 2020, amounting to $164 billion of investment

With this turn of events, what can the energy and chemical industries expect to see going forward? What new opportunities are forthcoming for the chemists and chemical engineers who process our fossil-fuel resources?

When considered on an industrial scale, the benefits of reliable, affordable shale energy have given U.S. manufacturing a renewed competitive edge. Electricity prices for U.S. businesses are 30 to 50% lower than in other major export nations and wholesale natural gas prices average about one-third of those in most other industrial countries, according to a study by Harvard Business School and the Boston Consulting Group. Manufacturing costs in the U.S. are now 10 to 20% lower than those in major European economies and just 5% higher than costs in China. By 2018, U.S. manufacturing costs will dip below China’s by 2 to 3%, the study projects.

For the U.S. petrochemicals industry, those advantages translate to investment growth and jobs. According to the American Chemistry Council, chemical production grew 3.6% in 2015—the greatest increase since 2007. Production is expected to grow 3% this year and continue to increase at least through 2020 as capacity from 266 announced projects and more than $164 billion of investment comes on-line.

As ACC President and Chief Executive Officer Cal Dooley has stated: “The U.S. has become a magnet for chemical industry investment, a testament to the favorable environment created by America’s shale gas as well as a vote of confidence in a bright natural gas outlook for decades to come. What’s especially exciting is that half of the announced investments are from firms based outside the U.S., which means our country is poised to capture market share from the rest of the world.”

America’s shale energy advantage will add 462,000 jobs related to plastics manufacturing over the next decade, according to ACC projections. The findings are echoed by ExxonMobil’s 2016 energy outlook, which forecasts rising demand for plastics and other chemical products stemming from a burgeoning middle class and rising living standards in China, India, and other developing economies.

An American Petroleum Institute study commissioned from IHS also projects continued employment growth in the oil and natural gas and petrochemicals industries—including for underrepresented groups. IHS estimates 1.9 million new job opportunities will be available in these industries by 2035, with 707,000 positions, or 38%, projected to be held by African American and Hispanic workers, an improvement from 27% today. Female employment in the oil and gas and petrochemicals industries is projected to increase from 237,000 today to 290,000 through 2035. Meanwhile, 57% of new job opportunities will be in blue-collar professions—providing significant opportunities for those who opt to go to work after high school or community college rather than pursue a more advanced degree.

Despite the current global oil price downturn, the outlook for chemical and manufacturing industries remains strong. According to the Harvard-BCG study: “The U.S. has a 10- to 15-year head start in commercializing unconventional resources versus other countries. Though the recent decline in world oil prices has affected the short-term prospects of U.S. unconventionals, low prices are unlikely to significantly impact the fundamental U.S. competitive advantage over the next several decades.”

Maintaining that competitive edge—along with the economic growth and energy security gains made possible by shale energy—should be a top priority. Unfortunately, an avalanche of emissions-related regulatory proposals jeopardizes U.S. energy production. Policies that fail to acknowledge market-driven success in reducing emissions risk imposing duplicative and costly regulations that could stall the energy and manufacturing resurgences.

[+]Enlarge
Credit: API
Jack N. Gerard is president and CEO of the American Petroleum Institute, the national trade association representing America’s oil and natural gas industry. Mr. Gerard previously spent close to a decade working as a staff member in the U.S. Senate and House and served as president and CEO of the National Mining Association and the American Chemistry Council before joining API. 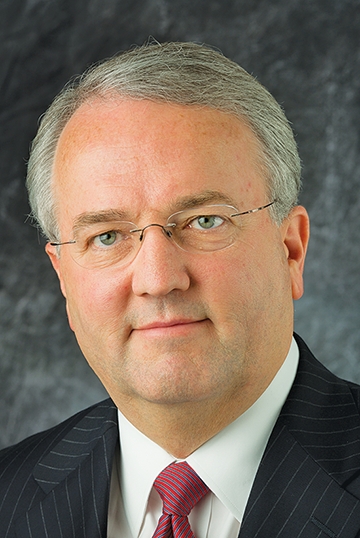 Credit: API
Jack N. Gerard is president and CEO of the American Petroleum Institute, the national trade association representing America’s oil and natural gas industry. Mr. Gerard previously spent close to a decade working as a staff member in the U.S. Senate and House and served as president and CEO of the National Mining Association and the American Chemistry Council before joining API.

For example, although ozone levels have dropped 18% in the U.S. since 2000, contributing to improved air quality, the Environmental Protection Agency is moving forward with plans to tighten the standard further, from 75 ppb to 70 ppb. This change will increase the number of counties facing nonattainment status from 217 to 958, threatening to restrict not only energy and chemicals production but virtually any economic activity. In the same vein, carbon emissions in the U.S. are near 20-year lows, largely the result of greater use of clean-burning natural gas. Yet, EPA is pushing forward with the Obama Administration’s Clean Power Plan, which favors more costly and intermittent energy sources like wind and solar for power generation. While that plan is on hold after Supreme Court intervention, it’s just one of several proposals that substitute government mandates for technologically sound, market-driven solutions in a bid to transition away from oil and natural gas.

Energy demand projections indicate that approach is unrealistic. According to the Energy Information Administration, fossil fuels will still supply 80% of energy needs by 2040. And ExxonMobil’s outlook estimates energy demand in the chemical sector will rise by 50% over that period. America’s position as not only the leading oil and natural gas producer but also the world leader in reducing emissions demonstrates that environmental progress and energy production are not mutually exclusive.

Should the U.S. utilize its abundant fossil-fuel resources to make fuels and chemical products, export them, or conserve them for the future? Share your opinion below.

Environment
Global energy markets in turmoil, International Energy Agency says
Business
U.S.’s chemical outlook is sunnier than Europe’s
Business
Why U.S. Chemical Production Is Forecast To Rise In 2016
Share X
To send an e-mail to multiple recipients, separate e-mail addresses with a comma, semicolon, or both.
Title: The role of chemistry in the American energy revolution
Author: Jack N. Gerard, American Petroleum Institute
Chemical & Engineering News will not share your email address with any other person or company.

Paul Vorndam (April 13, 2016 11:06 AM)
This should be a no-brainer. Fossil resources should be conserved for the future. We can choose to line our pockets now and disadvantage our grandchildren and great grandchildren or do the right thing.
Reply »

Bishop Dansby (April 23, 2016 7:58 AM)
Gerard says on the one hand that it is unrealistic to think we can decrease the use of fossil fuels pursuant to the EPA Clean Power Plan, but he offers no solution to climate change, which requires us to reduce emissions. What is his solution? Also, he does not mention that the advantages of natural gas over coal with regard to CO2 emissions are nonexistent if natural gas leaks are not carefully controlled.

We ordinary citizens do not have the luxury to ignore climate change and the need to reduce emissions. The American Petroleum Institute needs to be renamed and repurposed as the "American Energy Institute," with a central mission of reducing emissions to avoid the worst consequences of climate change, through alternative fuels (including biofuels), energy efficiency and a dedication to minimizing natural gas (methane) leaks.