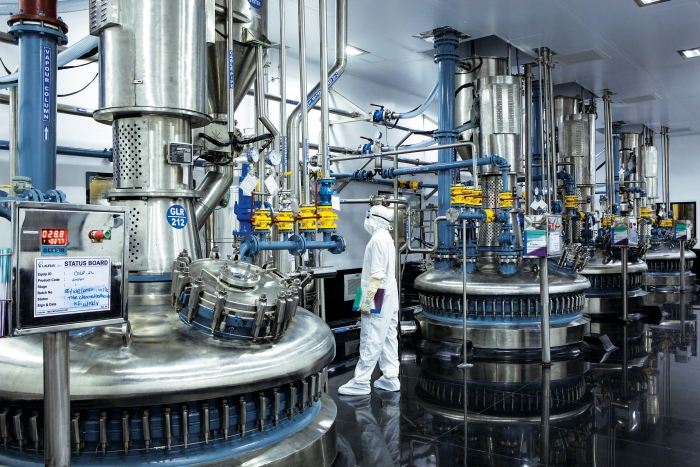 In 2014, India’s Laurus Laboratories acquired simulated moving bed (SMB) technology, a $5 million investment in its generic pharmaceutical chemicals business. Although not a huge sum to pay for the chiral separations equipment, which is commonly used in the U.S. and Europe, it was a risky move in India, a region known for low-cost, basic chemistry services. But it paid off. Today, Laurus may be the only company of its kind in India doing SMB separations.

Laurus Labs at a glance

The SMB investment was one of many for a firm that has grown over the past 10 years from a small R&D contractor to one of India’s most successful pharmaceutical contract development and manufacturing organizations.

It is also indicative of the firm’s commitment to high-end pharmaceutical chemistry. Last year, Laurus struck a deal to manufacture sofosbuvir, the key active pharmaceutical ingredient (API) in Gilead Sciences’ hepatitis C drugs, for marketing in developing countries. Laurus now hopes to set itself apart from other Indian suppliers in a fundamental way by developing and manufacturing branded APIs for Western drug companies.

Laurus, with annual sales of about $270 million, would seem to have the infrastructure to do it. The firm has spent more than $300 million building out a manufacturing facility in Visakhapatnam, about 600 km from its headquarters in Hyderabad, and plans to invest another $70 million this year. Laurus recently added a finished dosage manufacturing plant and is now building a fifth pharmaceutical chemical facility at the site, partly to serve a new, 10-year contract with a multinational drug company.

“When we started in 2005, our focus was on technology, and not just discovery but also manufacturing,” says Satyanarayana Chava, Laurus’s founder and chief executive officer. Chava, the former chief operating officer of Indian API maker Matrix Laboratories, which was purchased by Mylan in 2006, says the company moved quickly to develop the latter, starting construction in Visakhapatnam in 2007.

Also in 2007, Laurus formed a partnership with Aptuit, a U.S. pharmaceutical services firm. Aptuit paid $100 million for a majority stake in the Indian company, which began operating under the name Aptuit Laurus. Although Aptuit pursued the partnership in order to gain a foothold in the Indian market, Laurus came out ahead by accessing Western customers, Chava says. Today, Aptuit’s stake in Laurus is less than 10%.

But Laurus’s success has been driven mainly by its emphasis on novel chemistry, Chava says. He points to efavirenz, the API in Bristol-Myers Squibb’s HIV drug Sustiva, which the company manufactures for emerging countries—including South Africa, a major market for Laurus—under the U.S. President’s Emergency Plan for AIDS Relief program.

“Laurus replaced a highly pyrophoric reagent, diethyl zinc, with a less hazardous reagent, sodium hydride and zinc chloride,” Chava says. The switch improved scalability and reduced the cost of reagent from $40 per kg to around $6 per kg.

“Our ability to attract NCE work comes from our ability to transform medicinal chemistry processes in early discovery to robust processes when the candidate is moved to later stages of development,” Chava says. Intellectual property generated in process development at Laurus is transferred back to the project sponsor, he says. “One of the key decisions we took is that we will not infringe on patents. Not even for generics.”

Although the NCE business represents only 4% of revenue, Laurus expects it to grow by as much as 40% this year and reach 10% of total revenues by 2019. Some of the NCE work is expected to arrive at the Visakhapatnam complex via a new U.S. subsidiary, Laurus Synthesis, which opened last year in Woburn, Mass. Headed by Stuart Needleman, formerly president of Aptuit, the labs are home to about a dozen chemists researching new manufacturing processes.

“The U.S. business will help us get solutions to some of the chemistry challenges that we face,” Chava says. “We would like to do proof of concept in the U.S. and optimize and scale up in India. India is a good place for development; the U.S. is a good place for research.”

Chandrakanth Chereddi, the head of global synthesis for Laurus, says the firm has already developed a patentable route to a heterocyclic antiretroviral at the Woburn labs. As with the work done on efavirenz, research at Laurus Synthesis is focused on developing safer, more cost-effective processes.

The decision to set up chemistry labs in the U.S., rare for an Indian firm, was an important step forward for Laurus, in the view of James Bruno, president of the consulting firm Chemical & Pharmaceutical Solutions. “It establishes them here, gets them closer to their market with a research-driven group,” he says.

The strategy of working with North American customers in the early stages and transferring work to India makes sense, Bruno says, especially for small pharmaceutical companies, a target market for Laurus. “A lot of the little guys like to have at least their development done nearby,” he says.

Laurus already has a good reputation in India, in Bruno’s opinion. “Of all the Indian companies, at least from a technical point of view, these guys seem to be on the top of the line,” he says. “They are investing heavily in high-end technology and they are not afraid to spend money to build for the future.” He mentions SMB-based chiral separation as an example of a technology that sets Laurus apart from other contractors in India.

Chava is confident that Laurus has distinguished itself as a reliable, innovative contractor during a period in which India’s star has been eclipsed by quality concerns, with a flurry of warning letters from the U.S. Food & Drug Administration arriving at major Indian drug firms including Ranbaxy and Dr Reddy’s Laboratories.

“There has been an impact,” Chava says. “And it has been positive. Customers are willing to bet on us as quality conscious, campaign-driven, and sustainable.”

The Visakhapatnam plant is starting to take on work that will be done under Laurus’s 10-year contract with the multinational drug company. “We are dedicating a certain amount of manufacturing assets to one customer and transferring the work from their current site to Laurus,” Chereddi says. The project involves a combination of “high- and regular-potency molecules,” he says. The customer will transfer the project back to its own facilities to complete the final synthetic steps.

As Laurus expands manufacturing, Chava and Chereddi say its chemistry expertise and commitment to quality are registering in the market. Bruno agrees, pointing to a flagship project.

“To deal with Gilead, they must be doing something right,” Bruno says. “The Gilead drugs are not trivial chemistry. Gilead doesn’t make products that every person in the world can do easily. But Laurus seems to be able to do it.”