Dicamba use on GMO crops proposed 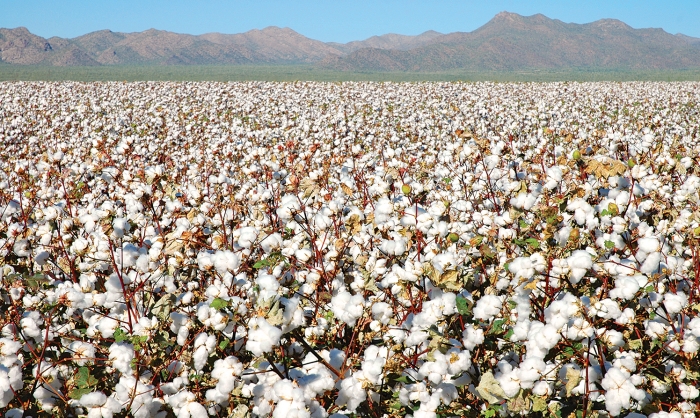 Credit: Shutterstock
EPA is proposing to allow dicamba use on GMO cotton crops.

As effectiveness of glyphosate, a widely used herbicide, declines and concern over its adverse health effects increases, the pesticide dicamba may be coming to the fore. At the request of Monsanto, EPA on April 1 proposed to register dicamba for use on cotton and soybeans that are genetically modified to tolerate this benzoic acid-based herbicide. EPA says dicamba, which is already registered for other applications, would be used to control weeds that have developed resistant to glyphosate, the active ingredient in Monsanto’s Roundup and its generic competitors. “When used according to label directions, dicamba is safe for everyone, including infants, the developing fetus, the elderly, and more highly exposed groups such as agricultural workers,” EPA says. In contrast, concerns about glyphosate’s health effects are growing, with the World Health Organization declaring in 2015 that the chemical is a “probable carcinogen.” The agency proposes that the registration for dicamba on genetically modified crops last only for five years. EPA would then examine any unexpected weed resistance before extending or terminating the registration.

Pesticides
Herbicide duo of 2,4-D and glyphosate can remain in use, court rules
Chemical Regulation
Glyphosate is not carcinogenic, US EPA says
Pesticides
US EPA nixes 12 neonicotinoid pesticides
Share X
To send an e-mail to multiple recipients, separate e-mail addresses with a comma, semicolon, or both.
Title: Dicamba use on GMO crops proposed
Author: Cheryl Hogue
Chemical & Engineering News will not share your email address with any other person or company.