Five paths to a promotion

Chemical professionals share their strategies for climbing the career ladder

With the job market seemingly stuck in neutral, it might feel as though your career has also come to a standstill. Perhaps you’re inclined to keep your head down, continue plugging away at your job, and avoid rocking the boat. And the thought of asking for a raise? Forget about it.

You’re not alone. A 2015 survey of U.S. workers by staffing firm Robert Half found that although 89% of the roughly 1,000 workers surveyed believed they deserve a raise, only 54% had planned to ask for one last year. In fact, 7% of participants said they would rather get a root canal than make a case for themselves. Another 6% would prefer getting audited by the Internal Revenue Service. And 13% would rather look for another job.

It doesn’t have to be so bleak. One way to advance in your career is to find ways that you can add value to your workplace. Once you do that, it’ll be much easier to justify that promotion and raise. For some inspiration, five chemical professionals share strategies that have helped them reach the next rung on the career ladder.

1. Move outside your comfort zone. 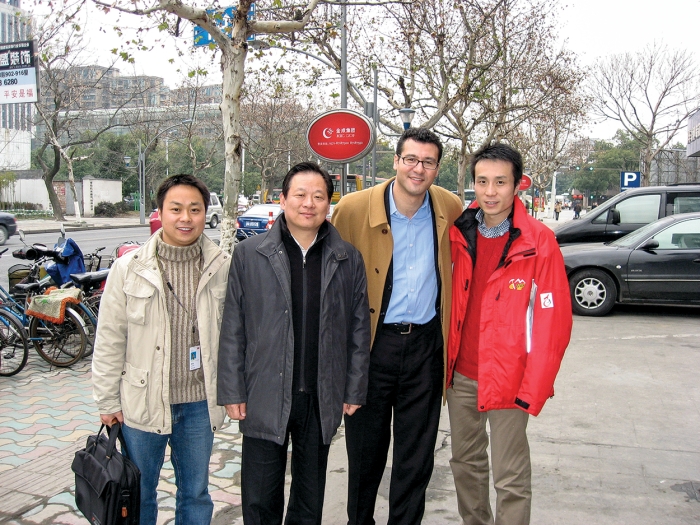 Credit: Courtesy of John Sos
Sos (second from right) stands with his 3M colleagues in China.

For John Sos, president of BioPharma Services at Thermo Fisher Scientific, one of the most significant turning points in his career came while he was working for 3M in the early 2000s. After leading the company’s strategy and business development efforts for several years, Sos was presented with an opportunity to become an international director at 3M, overseeing the company’s businesses in Asia. But the position required that he relocate to Shanghai.

“Never in my life did I anticipate we would move to China,” Sos says. “I was excited, but when you have a family and a life you’ve established, you have to really think about what it means for your career. There’s no guarantee that you come out of those assignments and you’re better off.”

But the gamble paid off, and it became a career-defining move for Sos. “I was thrown into a completely different culture, and it was really challenging, but it was a good learning opportunity in many ways,” he says. “I developed a lot as a leader.”

After living in China for four-and-a-half years, Sos began exploring his options for returning to the U.S. One opportunity that presented itself was at Thermo Fisher. “What I found was that the experience that I had in Asia was highly attractive to companies like Thermo Fisher.”

Sos joined the company in November 2011 as vice president and general manager of molecular spectroscopy before assuming his current position in October 2015. “Life is about experiences,” he says. “I felt as though it was tremendously valuable to take on some risks, and they’ve paid off for me.”

2. Apply your other skills to the job.

Mark Darey, a plant chemist at Innospec, encourages chemists to identify additional skills they can offer their employer that are beyond their current job responsibilities.

“Find something you feel passionate about and are interested in because you will naturally do well and go above and beyond, and you don’t feel like you have to work hard to do that."

For example, after working for Albany Molecular Research Inc. (AMRI) for a couple of years, Darey began looking for ways to advance in his role there. He spoke with his manager about what he could do to move to the next level.

His manager knew that Darey had been a high school chemistry teacher at the beginning of his career and suggested that he teach chemistry to the lab techs and other employees at AMRI who were interested in brushing up on their chemistry.

Darey agreed and devised different sets of lectures. Soon he began teaching everyone from lab techs with no chemistry background to Ph.D.s who just needed a refresher. He spent his weekends preparing the lectures, and he gave roughly three lectures per week between 7:30 and 8:30 AM.

3. Identify an opportunity, and be a problem solver. 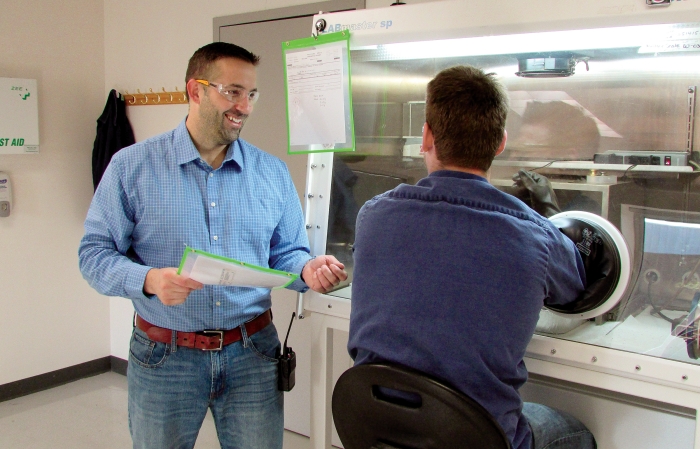 When Jason Stevens started at Strem Chemicals as a warehouse assistant in 1992, he never imagined he would become a manager at the company. In fact, he had only a high school degree. “My tasks involved opening boxes and putting inventory away,” he says. Today, Stevens supervises 20 people—roughly one-third of the company.

Stevens says his lucky break came literally when his new manager went on medical leave with a broken ankle and Stevens and a coworker were put in charge of the warehouse operations. Stevens knew this would be his opportunity to suggest some improvements to the department. He told his supervisor that these changes had to be made but warned that the new manager would likely resist the changes when he came back. The supervisor told him to do what he needed to do, and when the manager came back, they would assign the manager to a different role.

Sure enough, when the manager returned, he was placed in a different role, and Stevens took over as manager of warehouse operations. “Every single day, you are on a job interview for a position in your own company that you don’t even know exists,” Stevens says. “I’ve learned to have a lot more confidence in myself.”

4. Show passion for what you do.

[+]Enlarge
Credit: Bo Criss
Chen, shown teaching a class, says her passion for her job has led to growth opportunities. 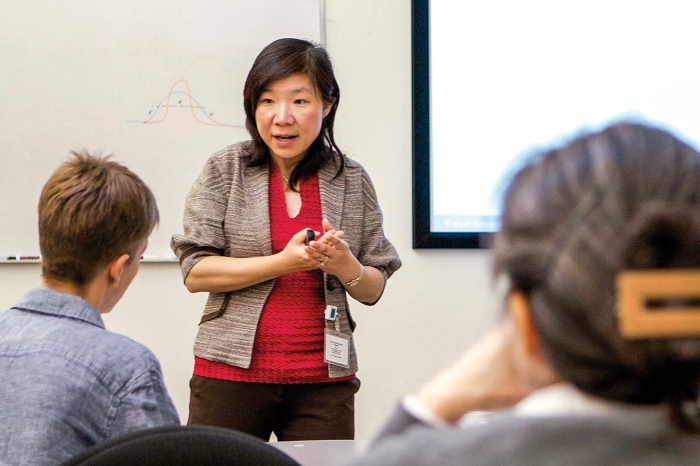 Credit: Bo Criss
Chen, shown teaching a class, says her passion for her job has led to growth opportunities.

Michelle Chen has been with Wyatt Technology for nearly 20 years. She says she hadn’t expected to stay with the company for so long, having accepted her first job there after earning her Ph.D. But she fell in love with the work she was doing for the company. “Graduate school was mostly research-oriented,” she says. “This was pretty much the first time I got into customer-based interactions, and the work was really interesting to me.”

Even though her title has remained the same for the past 15 years, her role in the company has expanded tremendously. As director of analytical services, she oversees technical support for the sales team, new application development, and sample analysis services. She also oversees the quality-control group and the company’s offices in China.

“Find something you feel passionate about and are interested in because you will naturally do well and go above and beyond, and you don’t feel like you have to work hard to do that,” she says. “If you have a reputation of going above and beyond, then when the opportunities come, they will think of you.”

Steven Fine has been with Laticrete International, which manufactures chemicals for construction projects, for about 30 years.

He recalls a time about 15 years ago when the vice president of R&D decided to reorganize Fine’s department. Fine was put in charge of the support projects, such as sourcing raw materials, evaluating new products, and testing competitors’ products, even though he retained his title of research scientist. “It was an interesting job, so I decided to embrace it and build upon it, and as the department grew, I got more people reporting to me,” he says. “My group became indispensable to the company.”

When a manager position opened up, “I was fairly certain I was going to get that position,” he says. “When I looked at the job description, I saw that it described exactly what I was doing, so I knew the position had been created with me in mind.”

Fine was promoted to manager of R&D services. “Do the job you want to have,” Fine says. “I built this group before we even had a group.”

Career Tips
Zoomed out? Here’s how to manage expectations
Careers
Career Ladder: Joyce Nethery
Postdocs
Postdocs ponder missed opportunities caused by the coronavirus pandemic
Share X
To send an e-mail to multiple recipients, separate e-mail addresses with a comma, semicolon, or both.
Title: Five paths to a promotion
Author: Linda Wang
Chemical & Engineering News will not share your email address with any other person or company.

Comments
Bharat Khetani (April 28, 2016 12:13 AM)
Its really good to read. Have motivational feelings. Many congratulations to John Sos.
Reply »