Rodents on the job 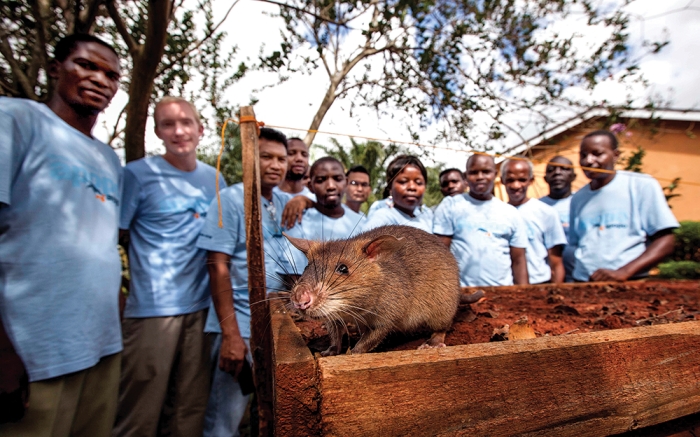 To ferret out false-negative tests for tuberculosis, some clinical labs in Africa are turning to specially trained assistants: African giant pouched rats. In Dar es Salaam, Tanzania, and other locations, the rodents sniff out infections with a high degree of speed and accuracy, according to Apopo, the nonprofit organization that runs the training operation.

The skilled rodents are in demand. In cities that do not have modern lab equipment and instead rely on traditional smear tests, 50% or more of positive TB cases are not caught. Apopo-trained rats are tasked with rescreening negative results. Their success rate is closer to 80%, says Charlie Richter, Apopo’s U.S. director.

“We put them in a special cage, where they can sniff 10 samples at once. They can go really, really fast.” Richter says. In Tanzania, that has translated to 7,445 additional TB patients identified since 2007.

The rats take about nine months to fully train—and almost all of the trainees successfully graduate from the program. Because they live about eight years and cost very little to feed—including peanut butter rewards—the rats are very cost-effective, Richter adds.

The giant rats are now being put to work in clinics in Mozambique, a country with one of the highest TB prevalence rates in the world. Apopo is gathering additional data in the hopes that rats can be promoted to first-line screeners.

The organization’s scientists don’t really know why the rats do such a good job. “We don’t know what the molecules are that they are detecting—possibly it is a volatile given off by the TB bacteria itself,” Richter suggests. When asked what the patients think of the technology, he acknowledges, “We don’t tell patients they were diagnosed by rats.”

You don’t have to be a TB-sniffing rat to have an important job in science. If you are the lab mouse with the fastest time in the maze, you want to make sure everyone knows it. Now, a device developed by Somark Innovations can tattoo identifying marks right on your tail. 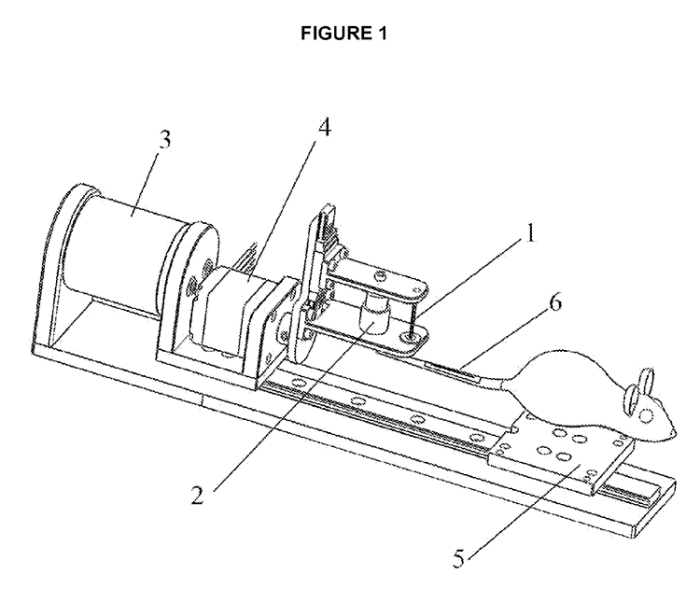 No one has asked the mice, but researchers who work with lab animals say this method promises to be less stressful for everyone.

“It looks awesome,” says J. Alex Grizzell, a neuroscientist who works with rodents at the University of Tennessee, Knoxville. “I’ve had to use ear clip methods and, when that’s problematic, a simple Sharpie—always a problem for long-term identification.”

Somark’s Labstamp system includes a cartridgelike container that secures the mouse—and its tail—in place. The cartridge with mouse is then placed in a printing device loaded with a needle and ink. According to the company, UV-fluorescent inks are available—handy for dark-colored mice.

Diagnostics
COVID-19 antigen assay set to triple US testing capacity
Analytical Chemistry
Detecting Ebola immunity with a paper test
Analytical Chemistry
Detecting food allergens on the go
Share X
To send an e-mail to multiple recipients, separate e-mail addresses with a comma, semicolon, or both.
Title: Rodents on the job
Author: Melody M. Bomgardner
Chemical & Engineering News will not share your email address with any other person or company.