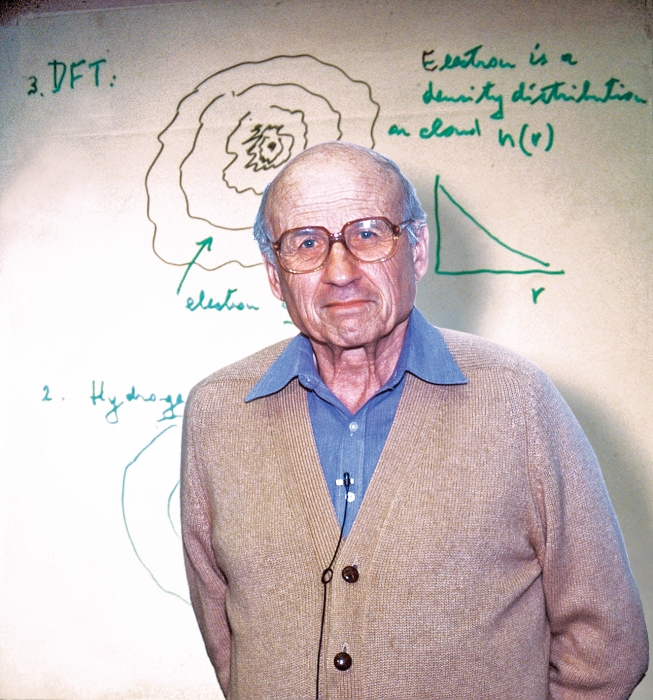 Chemistry Nobel Laureate Walter Kohn died April 19. He was 93. An emeritus professor of physics at the University of California, Santa Barbara, he received the Nobel Prize in 1998 for his development of density functional theory.

Kohn’s work established the theoretical underpinnings of density functional theory, which is widely used for computational studies in chemistry, physics, and materials science. In 1964, Kohn proved that the ground-state electron density of a molecule exactly specifies that molecule’s total energy and all its ground-state properties. The following year, he developed a procedure for solving density functional theory equations.

“The work of Walter Kohn had a huge impact on the field of chemistry in at least two ways,” says Gregory A. Voth, a theoretical chemist at the University of Chicago. “First, electronic density functional theory has arguably become the most widely used electronic structure method in all areas of chemistry.” Second, Voth says, Kohn showed that for each molecular system, a “true” electronic density functional must exist. In doing so, Voth says, Kohn set off a search that “has been the focus of countless theoretical chemists and is likely to continue to be so for many years to come.”

Kohn was born to a Jewish family in Vienna, Austria, in 1923. His parents died at Auschwitz during the Holocaust, but he was able to immigrate to England in 1939. From there, he was sent to a refugee camp in Canada in 1940. He received both a bachelor’s degree in math and physics and a master’s degree in applied mathematics from the University of Toronto. He received a Ph.D. in physics from Harvard University.