Push for technology transfer may have larger effect than funding boost 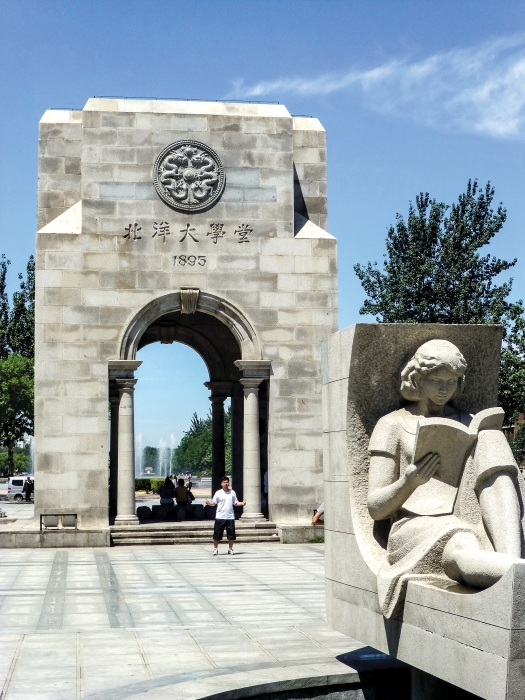 Chemistry research in China is set to get a boost from a raft of recently announced central government policies and goals. Chemists working in China’s universities and research institutes can expect to see increased overall funding.

They are also set to benefit from a new policy that liberalizes the transfer of technology from universities and institutes to companies and shifts from basic research to practical applications. The new technology transfer policy could have a greater impact on chemistry in China than the expected funding increase, observers say.

The changes come after the conclusion in March of China’s annual parliament, the National People’s Congress (NPC), in Beijing. This is a transitional year for China as it moves from the 12th to the 13th five-year plan, which covers 2016–20. In these five-year plans, the Chinese government maps out how it will develop the country socially and economically, an approach China adopted from the Soviet Union in the 1950s. The newest plan includes a push for major breakthroughs in basic research, applied research, big data, and what the government calls “exploring frontiers,” which involves disciplines such as marine science.

Speaking at NPC, Wang Yuanhong, senior economist from the State Information Center, explained how the government is increasing the ratio of deficit to gross domestic product to provide an additional $72 billion to spend on pro-growth measures. This includes setting up national-level efforts to boost research and innovation as China looks to science to fuel its slowing economy. The government estimates that scientific research will account for 60% of economic growth by 2020.

During a news conference at NPC, Minister for Science & Technology Wan Gang confirmed that China will continue to increase research funding. Spending on R&D has increased by an annual average of 11.4% from 2012 to 2015 and will reach 2.5% of gross domestic product by 2020, up from 2.1% in 2015.

Wan said overall R&D expenditure in China in 2015 amounted to $215 billion, 77% of which came from companies. Of that figure, $10.3 billion went to basic science, according to a summary from China’s National Bureau of Statistics that was released in advance of the full figures, which have not yet been made public.

Yu Biao, vice director of Shanghai Institute of Organic Chemistry and director of State Key Laboratory of Bioorganic & Natural Products Chemistry, tells C&EN that work to address issues of health, energy, and climate change are important and reflect the Chinese government’s support of applied chemistry research. But he predicts that “it will be difficult to secure support for pure chemistry [research] and publishing papers.”

Jay Siegel, dean of Tianjin University’s School of Pharmaceutical Science & Technology, agrees. “China is not a country that at this moment places a heavy importance on very basic research,” he says. “It wants to move toward basic science, but it’s a country that sees technology as a way to drive its economy in the next five years.”

Yu foresees a strengthening of the relationship between basic and applied research in China. “The inherent mode of research is going to undergo a transformation,” he says. “Interdisciplinary and practical research will receive encouragement and vigorous support.” Chemists will need to consider focusing on problems in these areas of science.

They will also find it easier to move their research findings to market under China’s new policy to relax technology transfer.

China’s government wants to make research outcomes more easily available to small businesses as well as big enterprises as part of its “Made in China 2025” policies aimed at boosting the economy. National research institutes and universities will be able to sell their intellectual property to businesses without needing national-level approval, which has previously involved lengthy waits. All profits earned on the sales will now be kept by the institutes where the research was conducted.

New incentives aimed at researchers themselves may further speed up the commercialization of scientific research in China. At least 50% of the proceeds from the sale of findings will go to the researchers themselves. They will be able to work for the companies that buy their research for up to three years while maintaining their positions at the institute where they did the research. It is hoped that this will encourage greater productivity.

Gao Xudong, deputy director of the Research Center for Technological Innovation at Tsinghua University, told People’s Daily, the official newspaper of the Chinese Communist Party, that this change should also resolve a fundamental issue: “Some enterprises who bought scientific research findings could not fully use them due to a lack of understanding of the findings.”

Removing the need for central approval for the sale of intellectual property will, in turn, grant China’s universities and institutes greater autonomy in what they research.

“Passing greater autonomy to universities and cutting the red tape on the reporting for grants involving science and technology is a very big thing because, in general, funds have been very controlled. So if we see policies that allow for more entrepreneurial ventures within the university—your degree programs, new directions for research—that the university can control, then we get bottom-up control. This will have a big impact on research in general, and chemistry is poised to benefit enormously,” Siegel says.

Or, as Yu summarizes, China’s new policies “will encourage chemists to get involved in ‘useful’ research.”

Frank Hersey is a freelance journalist in Beijing.