High-tech ways to whip up whiskey and pancakes 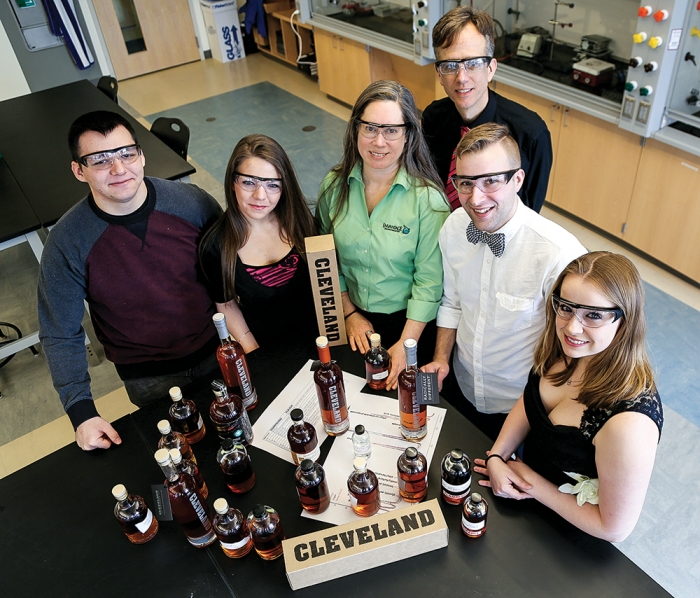 Chemistry students at Lorain County Community College, outside Cleveland, are getting the chance to apply their analysis skills to high-tech whiskey making. The students and their adviser, chemistry professor Regan Silvestri, use gas chromatography-mass spectrometry to help Tom Lix, founder of Cleveland Whiskey, perfect his distilling technique.

Lix has broken out of the traditional whiskey-making mold by aging the spirit in stainless steel tanks rather than oak barrels. The potent potable’s classic smoky flavor comes from charred wood placed in pressurized tanks, which forces the alcohol into the wood. The advantage of the new process is speed. Making whiskey Lix’s way can take just days or weeks, rather than five to 10 years.

Before he met Silvestri, Lix paid a professional lab to analyze his whiskey as he was first developing his unique aging process. But there weren’t any conversations about what the results meant or what he might learn from different tests. The collaboration with the chemists has been incredibly useful, Lix tells Newscripts.

Those chemical conversations are especially important now that Lix is carrying his experiment even further. He’s using different smoked woods besides the traditional oak to flavor his whiskey, such as cherry, apple, hickory, maple, and honey locust.

For example, Silvestri and his students can tell Lix that cherrywood imparts more ethyl octanoate, which is known to give off a sweet, fruity flavor. Or that it has less phenethyl alcohol, which provides a floral and bready flavor.

“The students were so excited. We have these whiskey samples in our lab that you can’t even buy in the store,” Silvestri says. The project “has big buzz on campus now.”

Cleveland Whiskey has put several nontraditional offerings on the market, and they are winning awards, Lix says. He’s looking forward to seeing what Silvestri’s group learns about mesquite, pistachio, and other more exotic wood types as he continues to turn his whiskey over to these young scientists. “Our success can, in some part, be attributed to what Regan and his students have done.” 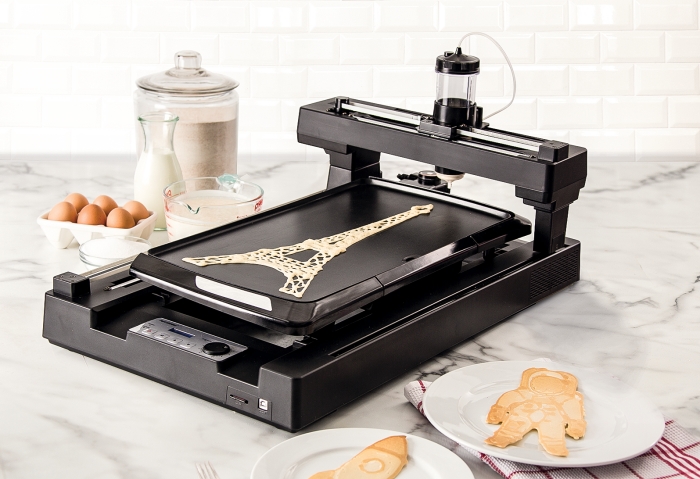 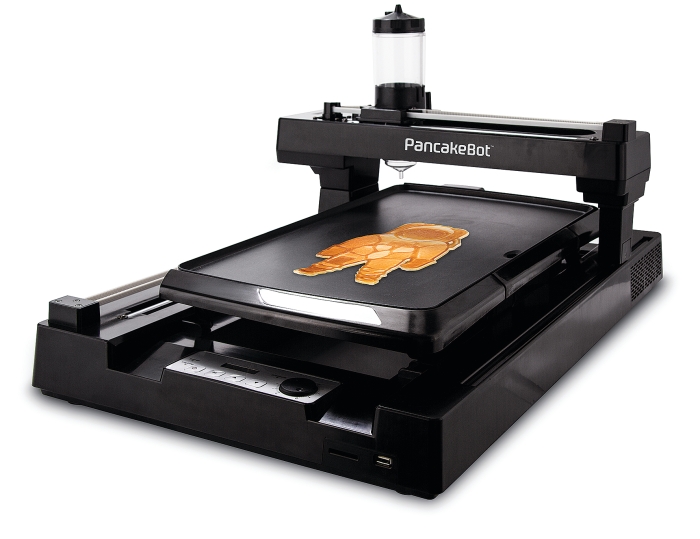 PancakeBot: Breakfast hot off the printer.

Breakfast cooks who are tired of disappointing small children with flapjacks that look more like lagoon monsters than Mickey Mouse can now produce picture-perfect pancakes, thanks to the PancakeBot.

The makers of PancakeBot claim it is the world’s first pancake printer. It uses mapping technology to distribute pancake batter onto a griddle. Downloadable designs from the PancakeBot website feature an astronaut and the Eiffel Tower, among others. And chefs with a creative bent can design their own.

Fear of disappointing his own daughter prompted inventor Miguel Valenzuela to create the PancakeBot. Valenzuela took his creation to Kickstarter, where it attracted 2,074 investors, including electrical engineer Tad Truex.

Truex likes to support creative Kickstarter ideas, and he never knows what will come of his support. So he was pleasantly surprised when the printer arrived at his door. “The finished product is actually pretty well manufactured,” he says. “I expected more of a basement-shop operation.”

Slim Geransar of Storebound, which has licensed the technology from Valenzuela, says the company originally expected the market to be mostly caterers and other food professionals. But instead they’ve found more interest from families and tinkerers.

Truex tells Newscripts the PancakeBot is fairly easy to use, though there are a few “quirks.” The batter has to be just right—thinner than normal batter and not too lumpy. And the air pump that controls batter distribution sometimes mucks up the machinery.

But overall, “it’s entertaining,” he says. His family hasn’t designed its own pancakes, but he has downloaded Darth Vader and other creations.

Because each printed pancake takes about 10 minutes to cook, the printer is usually a supplement to the standard pancakes on the griddle, Truex says. “The throughput isn’t enough to feed two teenagers.”

Food
The chemistry of coffee and a gassy alcohol
Food Science
Composing apple pi and an ode to pi
Food Science
The chemistry of modern moonshine
Share X
To send an e-mail to multiple recipients, separate e-mail addresses with a comma, semicolon, or both.
Title: High-tech ways to whip up whiskey and pancakes
Author: Andrea Widener
Chemical & Engineering News will not share your email address with any other person or company.