Someone glancing at the sales for the C&EN Top 50 U.S. chemical producers this year might conclude that the U.S. industry took a big step backward in 2015. But the industry hasn’t fallen on hard times. Chemical prices have followed the long and steep plummet of oil prices, pinching industry revenues but leaving profits mostly intact.

The 50 chemical firms had a combined $280.8 billion in revenues in 2015, the financial year on which the survey is based. This represents a 14.7% decline from the results the same firms posted in 2014. 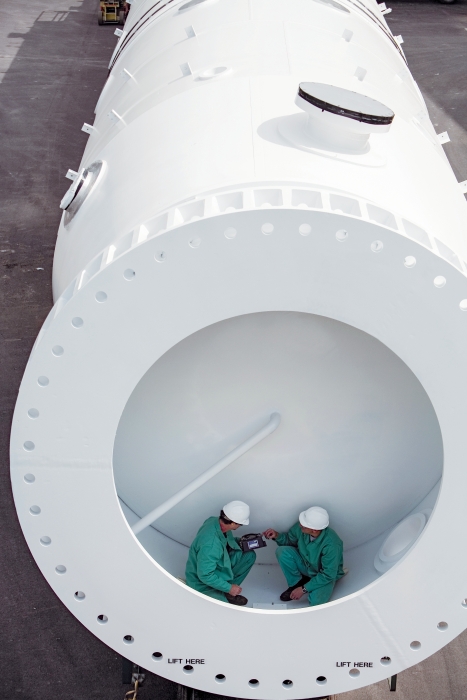 But other than scattered trouble spots such as a steep recession in Brazil and an economic slowdown in China, there is no global panic. Industry fundamentals are still sound.

Profit figures bear this out. The 41 chemical firms among the Top 50 that report profits combined for $32.5 billion in operating income. This is a modest 3.2% decrease from the year before but still a historically strong year for the industry. Only two firms, Axiall and Koppers, actually lost money making chemicals in 2015.

One cloud over the industry is stock prices, which were positively thrashed in 2015. Together, the market capitalization of the 32 public companies in the Top 50 fell 10.8%, to $329.8 billion. The results would have been a lot worse if not for Dow Chemical, which saw a reversal of its fortunes during the year and bucked the broader market trend. Without Dow, the chemical firms would have posted a 14.1% decline in value.

As it has for more than a decade, Dow Chemical once again leads the pack of U.S. chemical makers. Despite a nearly $10 billion drop in revenues, the company saw profits increase by $400 million to $6.4 billion in 2015. 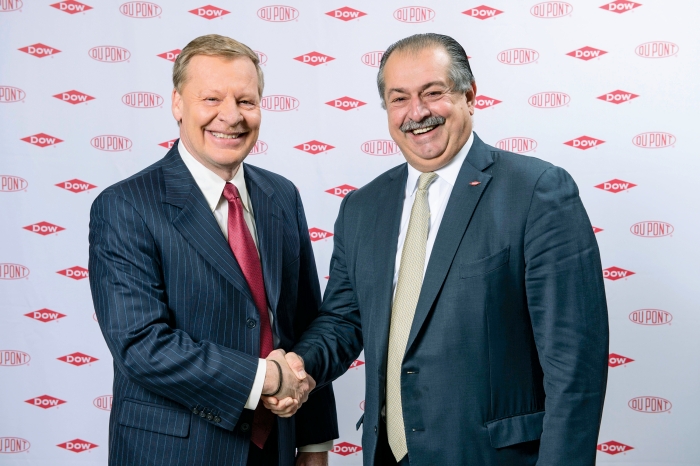 This survey could be the last for Dow. Later this year, the company expects to close its merger with DuPont to form DowDuPont. If it had been formed last year, that company would have had $73.8 billion in sales and $9.2 billion in profits, making it more than twice the size of its nearest rival, ExxonMobil.

But Dow did a lot more last year than just ink a merger agreement with DuPont. It also hammered out a pact to take over the Dow Corning silicones joint venture with Corning. The sale of its chlorine chemicals unit to Olin capped $12 billion in recent divestitures for Dow. It is disengaging from petrochemical joint ventures in Kuwait while bringing its massive $20 billion joint venture with Saudi Aramco onstream in Saudi Arabia.

Dow might be the largest U.S. chemical company by sales, but DuPont, worth $58 billion at the end of 2015, is the biggest by market capitalization—and has been since overtaking Dow in 2010. The fact that Wall Street values both of these firms about the same is what facilitated executives’ decision to structure their deal as a merger of equals.

Like Dow, there was a lot more to DuPont’s 2015 than its big merger announcement. At the company’s shareholder meeting in May, then-chief executive officer Ellen J. Kullman fought off an attempt by activist investor Nelson Peltz to thrust himself and three others onto DuPont’s board. In October, she stepped down after a disappointing earnings forecast. Director and former Tyco head Edward D. Breen stepped in and advanced merger discussions.

Breen also cut costs. In a $700 million cost-savings action announced the same day as the Dow merger, the company decided to lay off 5,400 workers. Part of this was a folding of DuPont’s famed Central R&D unit into the new Science & Innovation. More than 200 researchers were let go in the process, according to C&EN sources.

Deal-making and corporate restructuring always have an impact on C&EN’s annual ranking. This year’s survey finds an even bigger influence than normal as chemical makers shuffle portfolios.

Eastman Chemical jumped from ninth to eighth in the ranking in part because of a full year of results from the amines maker Taminco, which it acquired in December 2014. Similarly, Albemarle’s January 2015 purchase of lithium maker Rockwood Holdings helped lift it from 28th to 23rd. Two months of revenues after its purchase of Dow’s chlorine business in October were enough to lift Olin from 37th to 30th.

Both Taminco and Rockwood are gone from this year’s survey, and new deals will make a few names disappear next year.

In December, Belgium’s Solvay completed its purchase of number 36 Cytec Industries. In November, Merck KGaA inked its purchase of Sigma-Aldrich, number 38 in the ranking. Pine chemicals maker Arizona Chemical is new to the list this year and will only appear once. In an odd pairing, it was purchased by styrenics maker Kraton Performance Polymers in January. Another new name on the list is Ingevity, which appeared in previous surveys as the chemicals arm of papermaker MeadWestvaco but is now being spun off.

Corporate restructuring is creating a few new companies as well. Air Products & Chemicals is looking to spin off its chemicals unit as Versum Materials so it can focus on industrial gases. W.R. Grace’s former construction materials business became its own firm, GCP Applied Technologies, earlier this year.

Buckle up for more M&A

The merger and acquisition frenzy won’t abate anytime soon, according to Scott Kleinman, lead partner at the private equity firm Apollo Global Management. He offered his thoughts about the deal-making climate at the IHS World Petrochemical Conference in March.

Kleinman sees the corporate restructuring trend continuing, driven in part by activist investors. In addition, slow economic growth in the U.S. and Europe means companies must look to mergers and acquisitions to expand sales and profits, he pointed out.

As demonstrated by the $130 billion Dow-DuPont deal, as well as foreign-driven mergers such as ChemChina’s $43 billion purchase of Syngenta and Air Liquide’s $13 billion buyout of Airgas, the size of the deals is unlike anything the chemical industry has seen before. The “consolidators”—companies such as Air Liquide and Dow that are growing by buying smaller firms—are now themselves consolidating with each other. “I think you are going to see deals you thought would never happen happen this year,” Kleinman concluded.

Once every few years, the titanium dioxide landscape enjoys a rare blooming of profitability. But producers of the white pigment tend to overbuild capacity in response to the bounty, paint makers scheme to use less of the stuff, and prices decline.

Huntsman Corp.’s pigments division lost $223 million last year. “If you exclude the pigments business, specifically TiO2, from the rest of this business, we would have just completed one of the strongest years on a margin basis that we’ve had in our history,” Huntsman CEO Peter R. Huntsman told analysts in February. Not surprisingly, the company aims to spin off or sell its TiO2 unit at the first opportunity.

Chemours, which spun off from DuPont last summer and debuts in C&EN’s ranking at number 14, claims to be the largest and lowest-cost TiO2 producer globally. It saw its profits from the product fall by more than half to $326 million in 2015. Kronos Worldwide, a TiO2 specialist, made only $14 million in 2015, one-tenth of what it did the year before.

BASF is largest once more by a wide margin.

Note: Figures from companies that report in native currencies were converted to dollars at average annual exchange rates from the Federal Reserve.
a Sales include a significant amount of nonchemical products.
b Fiscal year ended March 31, 2015.
c Fiscal year ended June 30, 2015.

BASF, by more than a $7 billion margin over LyondellBasell Industries, heads C&EN’s survey of the U.S. arms of foreign-owned firms. If BASF were a U.S. company, its $17.4 billion in North American sales would place it fourth on the Top 50 ranking.

Last year might have been a huge one for the German company. It was purportedly interested in making its own bid for DuPont—and it still might act as a spoiler for the Dow-DuPont deal. Otherwise, it has been business as usual for BASF. It recently inaugurated a formic acid facility in Louisiana. But because of low oil prices, the company is reconsidering plans to build a methane-to-propylene plant in Texas.

Wall Street pummeled the stock prices of most firms in 2015.

Note: Based on share prices on Dec. 31, 2015 and Dec. 31, 2014. These 32 companies are firms on the Top 50 list that generate more than half of their revenues through chemical manufacturing.

Comments
Bruce Vrana (August 29, 2016 4:35 PM)
Would like to see a PDF of the full table for 2015, like you did with the Global 50, rather than (or in addition to) the interactive table. The interactive table, while sexy, which makes it impossible to easily analyze the data.
Reply »