Bacteria In The Brew, Toothpaste With A Kick 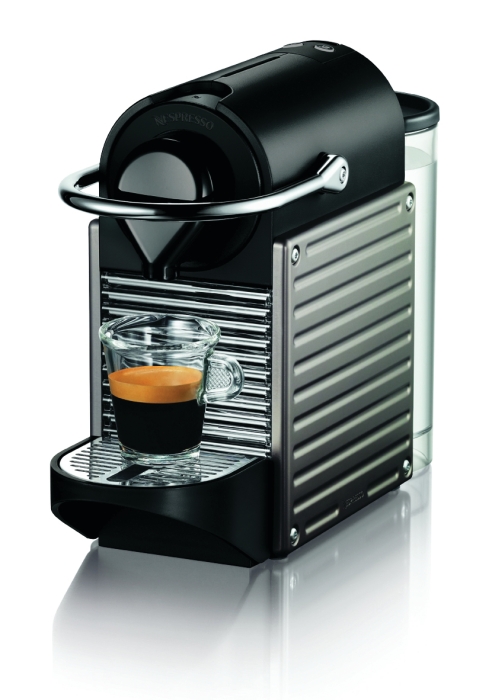 The biotechnology researcher, along with fellow University of Valencia colleagues Alba Iglesias and Cristina Vilanova, recently conducted what he claims is the “first systematic analysis” of coffee machine bacteria (Sci. Rep. 2015, DOI: 10.1038/srep17163). To carry out the study, Porcar’s team allowed coffee leach to collect in the drip tray of their laboratory’s Nestlé Nespresso machine. Over the course of several months, they monitored the growth of bacteria in the machine and compared it with the microbiomes of nine other Nespresso machines belonging to nearby friends, family, and businesses.

The research team found that all machines contained bacteria from a wide variety of genera. The most prevalent were Enterococcus and Pseudomonas, which were “moderately to highly abundant” in nine out of the 10 machines sampled.

The researchers found the presence of Pseudomonas particularly intriguing given that the bacteria can degrade caffeine. Porcar tells Newscripts it might be possible to leverage this capability along with Pseudomonas’s ability to grow on coffee in the creation of “biodecaffeinated” coffee in the future. It also might be possible, he says, to one day use bacteria such as Pseudomonas to break down caffeine found in wastewater before it enters the environment.

Despite all this firsthand knowledge of the unsettling microorganisms that can lurk in coffeemakers, Porcar, a self-described “coffee lover,” maintains that his research has not in any way impacted his desire to brew his own cups of joe. Instead, Porcar say his research has affirmed his belief in the importance of consistent and effective coffee machine sanitation. “Washing weekly with water and soap (or a few drops of bleach) is enough to keep bacteria under control,” he says reassuringly.

[+]Enlarge
Credit: Power Toothpaste
Caffeinated hygiene: “Get a rush while you brush.” 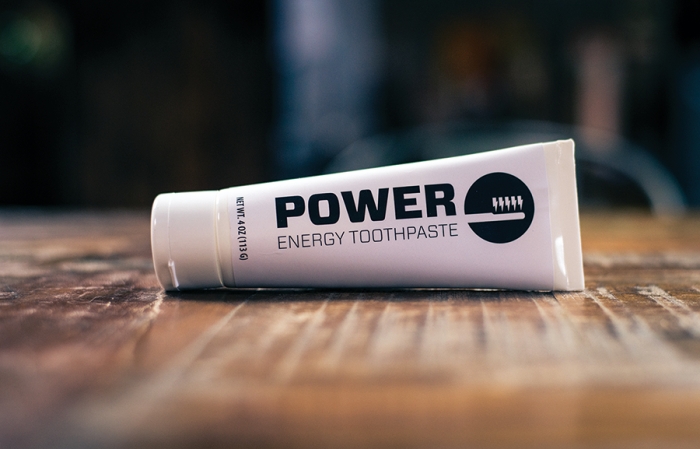 Credit: Power Toothpaste
Caffeinated hygiene: “Get a rush while you brush.”

If Porcar’s words of reassurance aren’t enough and the thought of bacteria in your coffeemaker has you looking for a new way to get your morning pick-me-up, you might want to consider Power Toothpaste, marketed as the world’s first toothpaste with caffeine.

The personal care product, available for purchase starting Jan. 19 on the crowdfunding website Indiegogo, not only cleans teeth but also provides users with a helpful dose of the beloved stimulant. And according to the product’s website, it works fast: “Compared to coffee, which takes up to an hour to fully absorb through the stomach, Power Toothpaste begins working immediately, absorbing through the gums and mouth, and providing a quick boost before you’re even finished brushing.”

The product certainly meets the needs of time-strapped caffeine addicts. Dental hygiene purists, however, may bristle at Power Toothpaste’s lack of fluoride, the cavity-fighting ingredient often found in toothpaste. To address this problem, Dan Meropol, chief executive officer of Power Toothpaste, says his company has considered potentially developing a fluoridated formula in the future.

Whether customers plan on using the current iteration of Power Toothpaste or waiting for the development of a fluoridated version, Meropol has one special piece of advice he’d like to pass along. “I wouldn’t recommend you brush your teeth with Power Toothpaste at night,” he says, “unless you are trying to stay up.”

Microbiome
Can bacteria clean your counter?
Safety
FDA requests safety data on hand sanitizers
Environment
Fluoride Levels In Water Lowered
Share X
To send an e-mail to multiple recipients, separate e-mail addresses with a comma, semicolon, or both.
Title: Bacteria In The Brew, Toothpaste With A Kick
Author: Jeff Huber
Chemical & Engineering News will not share your email address with any other person or company.