C&EN Talks With Chemistry Historian Jeffrey I. Seeman About The Origins Of A Groundbreaking Theory

Organic chemist offers insights into his latest paper on the early days of R. B. Woodward and Roald Hoffmann’s Nobel Prize-winning collaboration 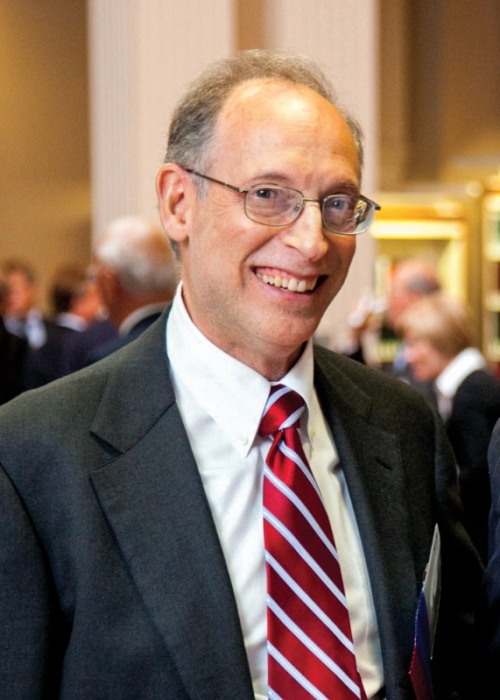 For organic chemist and chemistry historian Jeffrey I. Seeman, questions are like seeds. Once one is planted in his mind, it tends to flourish, leading him to ask many more questions and publish a multitude of related research papers.

In his latest publication, Seeman, a scholar at the University of Richmond, explores how the kernel of an idea blossoms into Nobel Prize-winning work. The paper, which totals more than three dozen pages in the Journal of Organic Chemistry, examines the time period from May 5, 1964, to Nov. 25, 1964, when organic chemist Robert Burns Woodward and theoretical chemist Roald Hoffmann began their famous collaboration (2015, DOI: 10.1021/acs.joc.5b01792). During this time, the pair wrote their first paper on what would eventually become the Woodward-Hoffmann rules, which predict the outcome of certain reactions based on molecular orbital symmetry.

The landmark theoretical work earned Hoffmann a share of the 1981 Nobel Prize in Chemistry. Scholars agree Woodward would have also received the honor (it would have been his second Nobel Prize) had he not died in 1979. As he lays out in his paper, Seeman finds that the process that took Woodward and Hoffmann from idea to groundbreaking theory was not the all-consuming effort one might expect. Rather, it was a route filled with diversions. Seeman recently sat down with C&EN to talk about the paper’s genesis and his work. 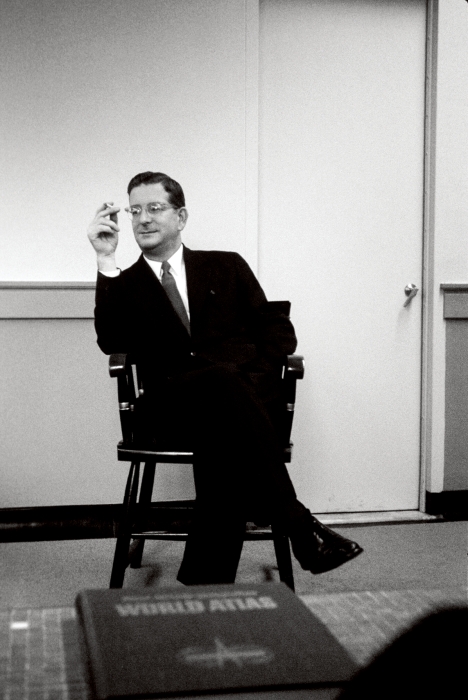 What got you interested in a project about how the Woodward-Hoffmann rules came about?

The “project” is actually a series of 15 or possibly more papers focused on the development of organic chemistry from the 1950s to 1970s through the lens of the development of the Woodward-Hoffmann rules. To a large extent the idea originated with the 2004 assertion by Harvard University organic chemist E. J. Corey that there was plagiarism involved in the origin of the Woodward-Hoffmann rules research. [Editor’s note: Corey contends that he offered an idea to Woodward that led to the rules and was never credited.] I was interested in examining that claim. As I looked at that claim more and more, I realized that was only a slice—a small but very important slice—of a very large picture dealing with how science develops.

How did this idea—about the development of a scientific idea—and others come together into the JOC paper?

Historians, like all researchers, gather data. One critical piece of data was the laboratory notebooks of Roald Hoffmann. As I studied those, it became immediately clear that there was no direct path from May 5, 1964—the date that Hoffmann records the beginning of his collaboration with Woodward—to Nov. 25, 1964, when their first paper was submitted to the Journal of the American Chemical Society. I wanted to know: Why was there not a direct path? What were the other things that were going on in Woodward’s and Hoffmann’s lives? How did it all transpire? And why? I didn’t know the answers to any of those questions, but they were in the data. They were in the lab notebooks and in the events swirling around Woodward and Hoffmann—the people they talked to, the lectures they heard.

A PORTRAIT OF THE THEORIST AS A YOUNG MAN
[+]Enlarge
Credit: J. Org. Chem.
Roald Hoffmann in the mid-1960s. 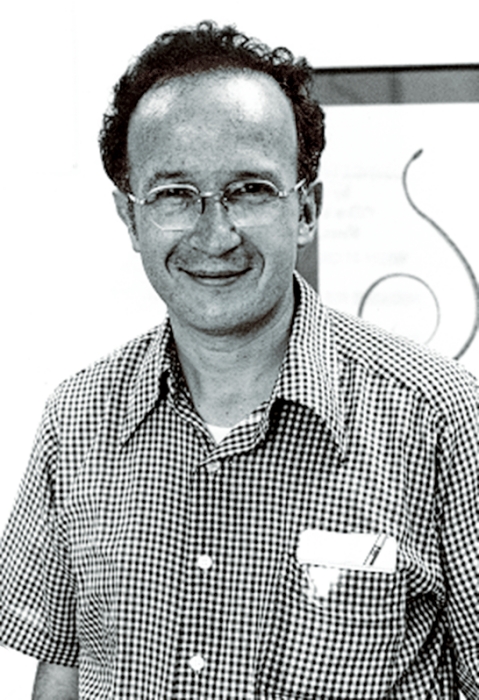 On a somewhat superficial, though not trivial, level, it was a blessing for a historian: a gold mine of primary and often otherwise privileged information. But it was more than unfettered access to Hoffmann’s notes. It was unfettered access to Hoffmann, the human being. I have probably over 1,000 e-mails from him. He’s immediately responded to everything I’ve ever asked. Every now and then I ask something I think might be crossing a boundary, and I wonder if I’m going to be told, “That’s not appropriate.” That’s never happened.

What does it take to do this type of historical research?

It takes an enormous amount of data; data collection; data analysis; poring through archives; interviews, either on the phone or in person; thousands of e-mails; and a tremendous method of organizing my data. All research is demanding. I’ve been working on the Woodward-Hoffmann story for almost 12 years. I’ve already published a few papers that are tangential to the main theme, and I’m working desperately to focus so that this series of papers can be completed.

What do you hope readers will take away from the piece?

ACS Meeting News
Remembering organic chemistry legend Robert Burns Woodward
Policy
Experiments in communicating science
Policy
Publication Made Easy
Share X
To send an e-mail to multiple recipients, separate e-mail addresses with a comma, semicolon, or both.
Title: C&EN Talks With Chemistry Historian Jeffrey I. Seeman About The Origins Of A Groundbreaking Theory
Author: Bethany Halford
Chemical & Engineering News will not share your email address with any other person or company.

Comments
Robert Buntrock (January 30, 2016 12:08 PM)
Excellent job by Jeff Seeman. Seeman's paper is one of several in the special issue of JOC on the 50th anniversary of the Woodward-Hoffmann Rules. Only one paper from that issue has been made available open access. For non-subscribers, is there anyway to buy a print copy of the issue for something other than a King's ransom?
Reply »