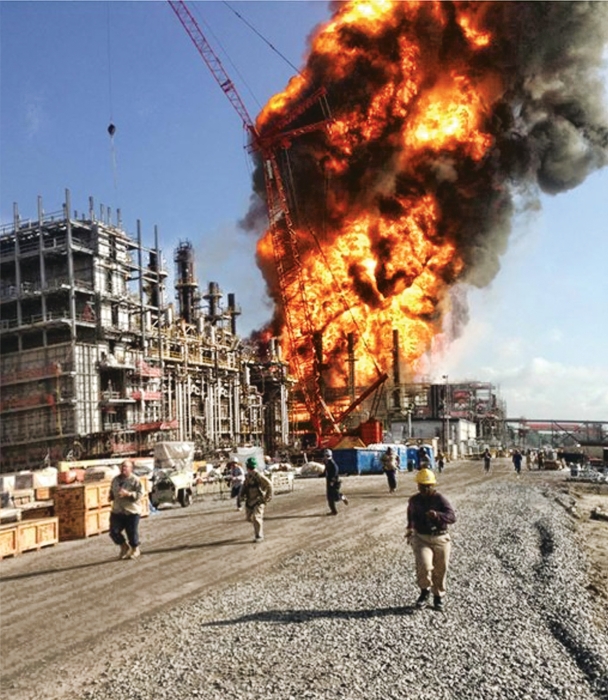 Chemical or pharma companies and other employers that violate worker safety standards could face stiffer penalties in the future because the Occupational Safety & Health Administration (OSHA) started 2016 with stronger tools to deter workplace safety violations.

Employers “are far more concerned about OSHA than they were six months ago,” says Valerie Butera, an attorney who specializes in workplace safety and health at law firm Epstein Becker Green.

That’s because Congress passed legislation in October 2015 that allows OSHA to increase its civil fines for the first time since 1990. In addition, an expanded joint initiative between the Department of Labor (DOL), of which OSHA is a part, and the Department of Justice (DOJ) will augment penalties by combining worker endangerment cases with charges of environmental and other offenses.

These moves to strengthen worker safety are “useful and long overdue,” says Mike Wright, director of health, safety, and environment for the United Steelworkers union. “We think they’ll have a positive impact on worker safety and health.”

For several years, OSHA and DOL have been calling for a hike in civil fines. “We’re pleased that Congress has now provided it,” says David Michaels, the assistant secretary of labor who heads OSHA.

When OSHA civil fines last increased a quarter-century ago, Congress prohibited the agency from indexing them to inflation, as happens for civil penalties under most federal statutes. In the 2015 law, Congress eliminated that restriction and is allowing OSHA to do a onetime upgrade to account for inflation from 1990 to the present. That will jack fines up an estimated 80%.

The larger penalties will take effect by Aug. 1. They will only apply to violations cited by federal OSHA, not state worker safety programs. Nevertheless, because state agencies are required to meet or exceed federal OSHA requirements, some states may increase their penalties.

Criminal penalties under the Occupational Safety & Health Act of 1970, however, remain misdemeanors. They carry a maximum penalty of six months in jail for a willful violation that resulted in a worker’s death.

Harassing a wild donkey on federal land carries a harsher punishment, Steelworkers’ Wright points out. “What does it say about our values when the serenity of a burro is worth more than the life of a worker?” he asks. “But these things will not change with this Congress.”

The initiative between the Labor and Justice Departments aims to provide stiffer penalties in the absence of legislative change by Congress. Their goal is to link worker safety cases to charges of environmental felonies and other criminal acts, such as fraud or obstructing investigators.

“Occupational safety and health laws do not have the same level of penalty and do not provide the same level of deterrence” as do statutes in other areas of federal law, says John Cruden, assistant attorney general for DOJ’s Environment & Natural Resources Division. “But companies that do not treat their workers well may also not be following rules for environmental protection and vice versa.”

With DOL’s investigative capability, DOJ’s expertise in prosecution, and a DOJ initiative to prosecute individuals—and not just companies—for corporate misconduct, federal officials hope to raise the incentive for businesses and managers to ensure the safety of their workers.

As part of the effort, OSHA inspectors will receive additional training on interviewing and evidence collection. This will help document crimes other than worker safety violations, OSHA’s Michaels says.

Michaels points to a 2013 case in which a roofing worker fell and died in Philadelphia. Prosecutors charged the roofing company’s owner with a misdemeanor for failing to provide workplace safety equipment. However, the owner is facing up to 25 years in prison because of additional counts of making false statements to federal investigators and obstruction of justice. The company, James J. McCullagh Roofing, is contesting the $71,600 civil penalties that OSHA is seeking.

This sort of prosecution won’t be confined to construction, attorney Butera says. “I think chemical employers have the potential to be most affected,” she says, because refineries and chemical manufacturing facilities are more likely to be vulnerable to environmental violations.

Butera notes that OSHA also recently introduced a new system for evaluating enforcement activity within the agency. It replaced counts of the number of inspections conducted.

OSHA’s initial investigation of a 2014 release of methyl mercaptan that killed four workers at DuPont’s plant in La Porte, Texas, for example, resulted in proposed fines of $99,000 and would have been considered a lower-effort fatality inspection, OSHA spokeswoman Kimberly Darby says. A follow-up inspection at the plant was initiated as a process safety management investigation. Because the proposed fines came to $273,000, it would have been considered a significant case.

In the face of the suite of OSHA changes, Butera suggests that chemical employers ensure their safety policies are comprehensive and up-to-date and that employees are trained and tested on those policies. She also encourages senior managers to talk to front line employees and supervisors to find out what’s happening on the floor.

“Make sure you get everything into compliance with regulations,” she advises.