[+]Enlarge
Credit: Jean-François Tremblay/C&EN
The Japanese government is encouraging the use of generic drugs to contain health care costs as its population ages. 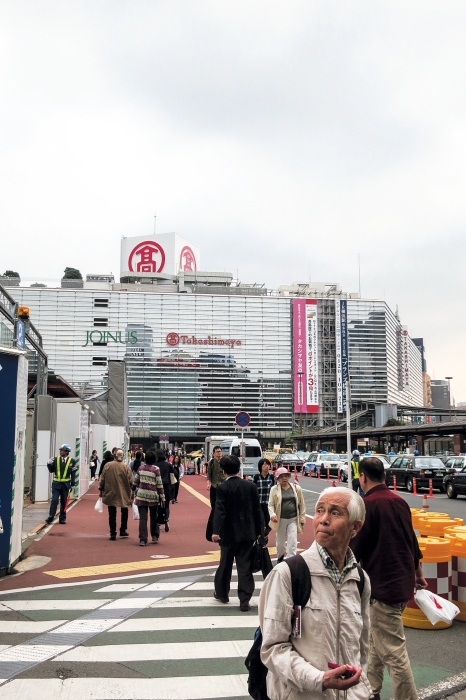 Credit: Jean-François Tremblay/C&EN
The Japanese government is encouraging the use of generic drugs to contain health care costs as its population ages.

Japan is legendary for its focus—many would say obsession—on producing high-quality products. When it comes to sourcing active pharmaceutical ingredients (APIs), Japanese generic drug firms are equally exacting with the requirements that they place on their suppliers.

What you need to know before entering Japan’s API market

The market for active pharmaceutical ingredients in Japan is attractive because prices and profits are higher in Japan than in the U.S., but there are pitfalls:

It takes a long time to get the first contract.

Japanese producers are competitive, even with a higher cost base.

Quality requirements are exacting, and customers may even demand an additional purification step not required by customers in other countries.

Regulatory documents must be translated into Japanese, and mistakes can be costly.

“We need to custom-manufacture for Japan actives that we already sell in the U.S. and Europe,” said Portia Lin, vice president of marketing and sales at the Taiwanese custom drug manufacturer ScinoPharm, at the CPhI Japan trade show held in Tokyo last month. “Japanese customers often demand an extra purification step, but they agree to pay for it.”

Japan is attractive for foreign API makers. The country ranks as the world’s third-largest single-country pharmaceutical market. With total drug sales of $78 billion in 2015, the country is also potentially a major market for generic drug manufacturers.

The Japanese government is strongly encouraging the wider use of generic pharmaceuticals by patients, and generic drug prices are much higher in Japan than in the U.S. and Europe. But foreign firms seeking to secure contracts in Japan can expect a host of unique practices not encountered in other countries, to the point where many API makers go through Japanese trading firms with which they have to share a portion of their margins.

“ ‘Ask Itochu.’ This is what I would tell foreign companies that want to sell APIs in Japan,” said Kenji Hakoda, chief operating officer of Itochu’s pharmaceutical division. The giant trading firm, he said, advises Japanese generic drug manufacturers on which foreign API makers suit their needs. “The Japanese customers trust us,” he boasted. And Itochu can introduce foreign suppliers to Japanese firms that otherwise wouldn’t take their calls. “It’s hard for foreign firms to have meetings at Japanese companies, to learn what projects they’re working on,” he said.

The graying of Japan’s population is a major force behind the government’s promotion of generic pharmaceuticals to patients and doctors. About 55% of the drugs that patients use in Japan are generic, compared with 90% in the U.S., Hakoda said.

“Doctors’ fees can’t really go down, nor can hospital running costs, so the easiest way is to reduce drug costs,” he explained. By supporting the import of foreign APIs into Japan, Itochu is helping the government achieve its goal of increasing the market share of generic drugs to 80% by 2020, Hakoda said.

ScinoPharm’s Lin confirmed that trading companies play a key role in Japan’s API market. For instance, about 70% of the Taiwanese firm’s annual turnover of $12 million in Japan goes through Itochu and other trading firms, she said, because Japanese customers don’t have the confidence to deal with foreign suppliers on their own. In addition, trading firms often provide the logistical and regulatory capabilities that allow foreign API makers to sell in Japan.

Despite being encouraged by the government to enter the Japanese market, foreign API makers face multiple hurdles in securing contracts there. It takes years of relationship building to secure a new customer, said Marcel Hogerheide, head of account management and business development for Europe and Asia at Hovione, a Portuguese API maker. The long courtship is not necessarily a bad thing. “It’s sensible to know your partner,” he said.

To be competitive in the country, a foreign supplier must convince a potential customer that it can offer the highest quality consistently, Hogerheide added. It also helps to have unique capabilities, such as a proprietary spray-drying technology in Hovione’s case, he said.

And when a customer is ready to order, a foreign supplier must address Japan’s regulatory apparatus. Yasushi Usuda, Hovione’s Osaka-based regional sales manager, noted that foreign API suppliers must secure a manufacturing and sales license as well as a wholesale distribution license. Moreover, all APIs sold in Japan must be tested at analytical labs within Japan, Usuda added.

Documents submitted in a drug master file must be translated accurately into Japanese, Usuda stressed. A bad translation can cause compliance problems when the manufacturer is unaware of discrepancies in the Japanese version. “A bad translation can even harm your reputation if authorities interpret it as an intent to mislead,” he said. Hovione avoids the problem by back-translating into English documents that it had translated into Japanese and then comparing the versions, Usuda said.

Furthermore, companies that don’t have an office in Japan must submit all of their documents to Japan’s Pharmaceuticals & Medical Devices Agency via an “in-country caretaker,” Usuda explained. Even foreign API makers with a Japanese office may not be able to handle their affairs without such an agent, Usuda said. In the case of Hovione, for example, he noted that though the firm opened an Osaka office a few weeks ago, it hasn’t yet hired a licensed pharmacist in Japan, as required by authorities.

Teaming up with a Japanese trading company greatly eases the process of selling APIs in Japan. For instance, the trading firm can be the in-country caretaker that handles most of the regulatory requirements, Usuda said. And ScinoPharm’s Lin noted that trading firms can supply logistical services such as repackaging materials for use in Japan, performing quality controls in the country as required by Japanese authorities, and providing local warehousing services.

Selling APIs in Japan may be challenging, but the country potentially offers higher profit margins than other markets, Lin said. For instance, when a drug goes off patent in the U.S., its price typically drops by 90%. By contrast, in Japan, drug prices are regulated and come down slower. The generic version of a drug is priced at 65% of the originator’s during the first off-patent year, and prices drop relatively slowly in following years, she said.

Partly owing to these higher domestic prices, Japanese API makers can stay in business despite being burdened by higher costs than their foreign competitors. Riku Kataguchi, a manager of sales and business development at the Toyama-based firm Tateyama Kasei, told C&EN that the company, which has traditionally focused on supplying APIs to innovative firms, is currently expanding production capacity in Toyama to supply Japan’s generic drug market. A Japanese firm like Tateyama can compete, he said, because local customers normally prefer to buy from a local manufacturer whenever practical. And to be cost-competitive, Tateyama makes extensive use of complex intermediates imported from abroad in the APIs it manufactures in Japan.

If success in the Japanese market were simply a matter of offering acceptable quality at lower costs, foreign API suppliers would have an easy time building market share in the country. But owing to complex regulatory hurdles and the higher requirements of Japanese buyers, foreign firms find it challenging to expand their operations in the profitable market.

On April 1, Israeli drugmaker Teva Pharmaceutical Industries apparently solved that problem by forming a generic drug joint venture in Japan with Takeda Pharmaceutical. Most other foreign companies are likely to continue leaning on Japanese trading firms for years to come.