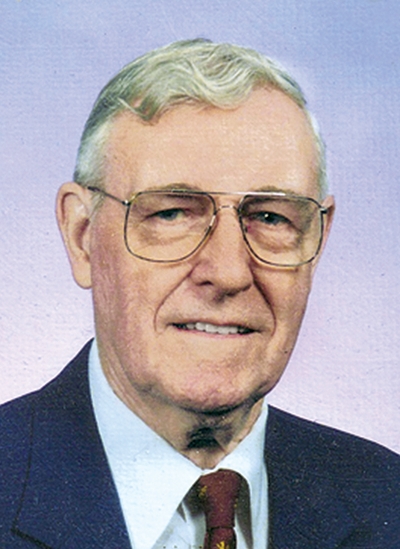 “MacFie grew up in Forest Hills, N.Y., where he was active in Troop 22, Queens Council, of the Boy Scouts of America for 10 years, serving as assistant scoutmaster the last several years. He was an Eagle Scout and a Vigil Honor member of the Order of the Arrow. He was employed by Standard Oil Co. (Indiana) from 1944 to 1961, where he held technical and managerial positions. During World War II, he worked on the Manhattan Project while at Standard Oil in Whiting, Ind. After moving to Cumberland, Md., he was employed by the aerospace division of Hercules, working at the Allegany Ballistics Laboratory as supervisor of process engineering from 1961 to 1987, when he retired.”—Bill MacFie, son

People
Stats & Facts
Profiles
C&EN’s Talented 12
Awards
C&EN celebrates emerging leaders in the chemical sciences with the Talented 12 program
Share X
To send an e-mail to multiple recipients, separate e-mail addresses with a comma, semicolon, or both.
Title: Kenneth W. MacFie
Author: Linda Wang
Chemical & Engineering News will not share your email address with any other person or company.