Company says it is open to discussion of a better offer, but Bayer stands firm for now 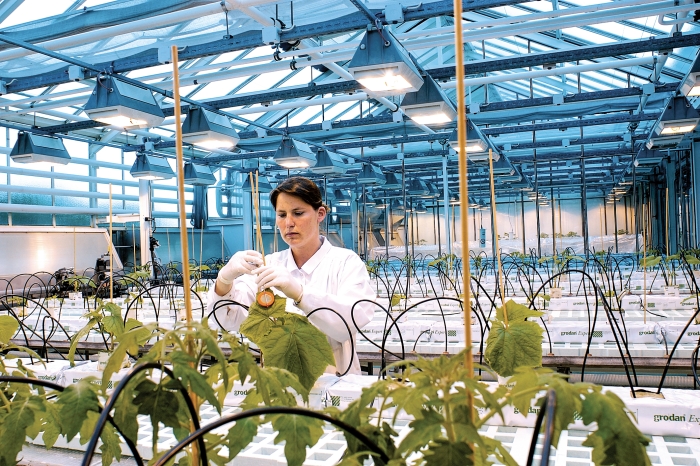 Monsanto has rejected a $62 billion takeover offer from crop science rival Bayer. Monsanto calls the offer incomplete and financially inadequate but says it is open to discussion about a better deal.

In the lead
[+]Enlarge
The combination of Bayer and Monsanto would be the biggest of the new agriculture giants.
Sources: Companies, C&EN calculations

The combination of Bayer and Monsanto would be the biggest of the new agriculture giants.
Sources: Companies, C&EN calculations

Bayer made public its $122.00-per-share offer for Monsanto on May 23. The figure is a 37% premium over Monsanto’s share price of $89.03 on May 9, before speculation about a deal emerged. Bayer says it looks forward to further discussion while reiterating that its proposal provides “full and certain value for Monsanto shareholders.”

Monsanto’s rejection was not surprising, according to David Begleiter, a stock analyst at Deutsche Bank. Bayer made a “lowball offer,” he says, that gives Monsanto leverage to hold out for as much as $150.00 per share.

If the companies do come to terms, they will create the world’s largest seed and chemical firm, eclipsing the agriculture businesses being created through two other large, ongoing mergers: the combination of Dow Chemical and DuPont and the acquisition of Syngenta by ChemChina.

“Together we would draw on the collective expertise of both companies to build a leading agriculture player with exceptional innovation capabilities to the benefit of farmers, consumers, our employees, and the communities in which we operate,” Bayer Chief Executive Officer Werner Baumann said in announcing the bid.

In presenting the offer to investors, Bayer executives emphasized how the two businesses complement each other. Bayer’s crop science division had $11.5 billion in sales last year, with more than 70% coming from crop protection chemicals. In contrast, of Monsanto’s $14.0 billion in sales, 67% comes from seeds and traits.

Moreover, Monsanto markets the majority of its products—57%—in the U.S., where Bayer would like to increase its business. Currently, Bayer’s sales are split almost evenly among Europe, Latin America, and North America.

In a conference call with analysts, Baumann acknowledged hearing from investors who anticipated the company would seek acquisitions related to health care rather than agriculture. However, he said a shareholder vote is not required to approve the acquisition. In addition, he said Bayer’s lawyers are “very confident” the deal would be approved by regulators.

Bayer executives tried to assuage any skeptical shareholders with a presentation emphasizing the benefits of the acquisition. In the first full year after the merger, Bayer said, earnings per share would increase “by a mid-single-digit percentage” and, in later years, by a double-digit percentage. The firm expects operational savings—so-called synergies—to total $1.5 billion after three years.

After the acquisition, the combined seeds and traits business would be based in St. Louis, Monsanto’s longtime hometown, whereas the crop chemicals headquarters would be in Monheim, Germany. Bayer would maintain its agricultural research facilities in Durham, N.C., and digital farming initiatives would stay based near San Francisco.

The deal is not contingent on financing; Bayer would sell shares to pay for 25% of the transaction and has lined up bank financing for the rest. Board members unanimously approved the offer, according to the firm, “and are fully committed to pursuing the transaction.”