Scientific studies of sports and spoilers

[+]Enlarge
Credit: Shutterstock
Story time: All the field’s a stage, and all the players merely players. 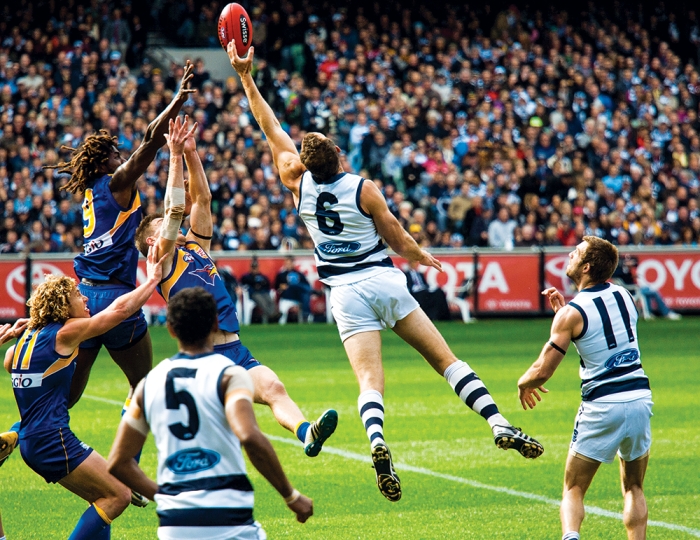 Credit: Shutterstock
Story time: All the field’s a stage, and all the players merely players.

For the uninitiated, a game of Australian rules football may seem like a string of random events. But science shows that “random” undersells the possibilities.

Researchers led by Peter Sheridan Dodds at the University of Vermont analyzed the “story space” of more than 1,300 Australian Football League matches by tracking the evolving score margin between teams. They found that Aussie rules football presents a broad expanse of possible storylines that were not accurately predicted by a truly random computer model (Phys. Rev. E 2016, DOI: 10.1103/physreve.93.052314).

To fully understand what this means, one must understand what “story space” means. A passing familiarity with Australian rules football itself would probably help, too. Suffice it to say that the game combines some of the physical gameplay of rugby with the straight-up magic of quidditch.

The Newscripts gang will let Dodds tackle the definition of story space: “There’s a story that unfolds whenever a game is played,” he says. “Each game fits into a narrative, from the great comeback to the total thrashing.” By looking at how the scores of contests evolved with data detailed down to the second, Dodds and colleagues could look for themes in how Aussie rules football plays out. With the help of computers, they categorized hundreds of games and found that the sport could not be explained with a discrete set of storylines.

Not only were there blowouts and nail-biting comebacks, but everything in between. The researchers also compared the story space they observed in the data with a computer model that simulated games with a random-walk algorithm. What they found was that this random model overproduced certain stories and underrepresented others.

Dodds and his colleagues are working on analyzing other sports, but he thinks this work underscores something about competition in general. “People go to the opera, they go to a concert, and they know what’s going to happen,” he says. “Sports can do really strange things.”

Spoiled rotten?
Credit: Fig. 1 by University of California
Hear more from Christenfeld on his research into spoilers in this video.

Of course, knowing how an opera, play, or book ends doesn’t preclude someone from enjoying the artistry of the storytelling. Yet people firmly believe that a story can be spoiled by someone giving away its ending.

And in today’s era of on-demand movies and television when viewers aren’t watching the same things at the same time, spoilers have become only more problematic. At least that’s the perception. But it’s not the reality, according to spoiler-spoiling research led by Nicholas J. S. Christenfeld, a psychologist at the University of California, San Diego.

Participants in the research project read famous short stories, such as “The Lottery” by Shirley Jackson, for the first time and then told researchers how much they enjoyed them. To set up the experiment, the researchers casually gave away the ending to some readers but let others read without spoilers. The spoilers did not spoil a reader’s enjoyment of the story, and furthermore, spoiled readers enjoyed the stories more, the psychologists found (Psychol. Sci. 2011, DOI: 10.1177/0956797611417007).

In another experiment, however, researchers added a passage to classic texts that gave away the ending, which did detract from a reader’s enjoyment, Christenfeld says. “We can’t improve the greatest short stories of all time by adding a spoiler,” he admits. “Apparently, these authors knew what they were doing.”

Interestingly, about 10% of the population prefers knowing how something is going to end before it starts, Christenfeld tells Newscripts. This subset may immediately flip to the last page of a book or watch prerecorded sports games only after checking the final scores. This lets them enjoy the artistry or athleticism without the anxiety, Christenfeld explains.

But some people still vehemently believe that spoilers spoil things, even when confronted with Christenfeld’s findings. “This isn’t climate science, but I think I’m getting a taste of what climate scientists go through,” he says. 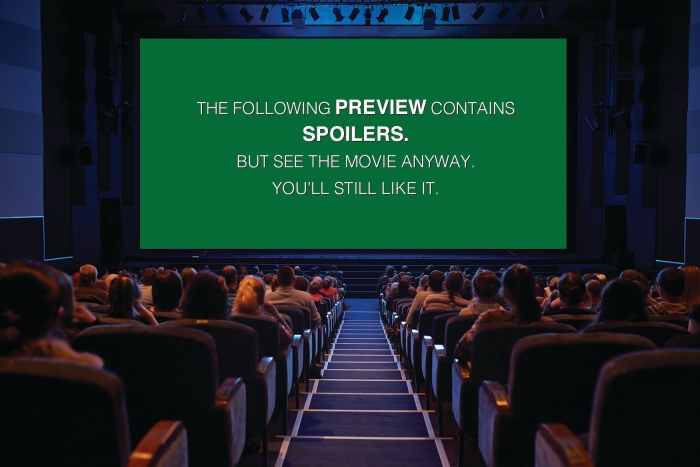 Credit: Shutterstock/C&EN
Plot twist: Spoilers get a bum rap, according to psychologists.

Chemical Communication
Sweet-smelling study aids, and why stinky plastic is a trap for turtles
Outreach
Chemists recreate Hogwarts magic for mere muggles
Education
Card game, infographics celebrate science
Share X
To send an e-mail to multiple recipients, separate e-mail addresses with a comma, semicolon, or both.
Title: Scientific studies of sports and spoilers
Author: Matt Davenport
Chemical & Engineering News will not share your email address with any other person or company.