Focusing on food, energy, and water 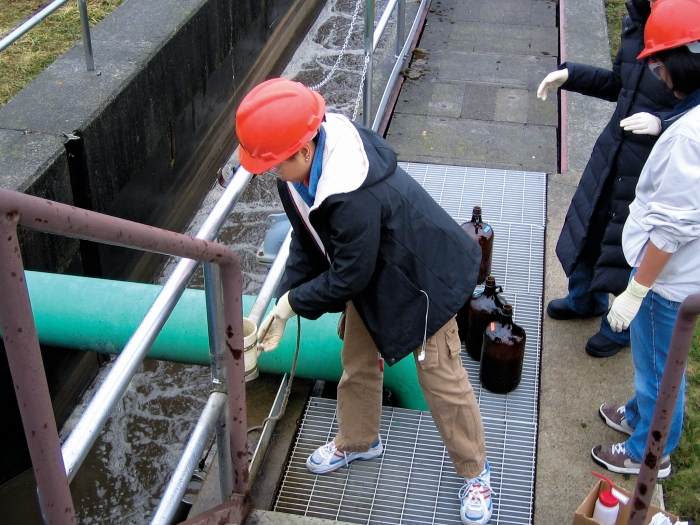 Credit: Courtesy of Diana Aga
University at Buffalo graduate students collect effluent from a wastewater treatment plant prior to its discharge to surface water.

The world’s pending water crisis is immense. Unless usage patterns change, one third of the world’s population—1.8 billion people—will be living in regions where water is scarce by 2025, according to the United Nations. And 70% of all water used by people goes toward agriculture.

Now the U.S. National Science Foundation is bringing the agency’s basic science bent to problems at this vital intersection of water scarcity with other important issues. The Innovations at the Nexus of Food, Energy & Water Systems (INFEWS) program, which began last year and is slated to hand out $50 million in funding in 2016, is pushing researchers to identify ways to deal with the growing demand for food and energy in an era with less available land because of expanding populations and less water for agriculture.

Almost every flavor of chemist has a role in this.
Frank V. Bright, chemistry professor, University at Buffalo

Those who work on water issues say it’s high time to make the investment. “We are heading down a path that is completely unsustainable, and we are not addressing it fast enough,” says Ohio State University chemistry professor Susan Olesik.

NSF wants chemists to be a big part of finding solutions to these looming problems—including young scientists who haven’t worked on these issues before. “There are a lot of areas where chemistry could play a role throughout the food chain,” says Carol Bessel, deputy director of NSF’s chemistry division.

To this end, the division last year hosted four workshops that brought chemists and chemical engineers together with agriculture and water researchers from academia, government, and industry to identify the problems that chemists can help solve.

The four reports resulting from the workshops show that “there is a lot that can be done and needs to be done, frankly,” says Paul Edmiston, a chemistry professor at the College of Wooster and a coauthor of the report looking at water. He describes the document as “a call to the whole community.”

The water report and the three others—on nitrogen, phosphorus, and the food-energy-water intersection—lay out areas where advances in chemical knowledge can change the future of food and agriculture.

Take phosphorus, for example. It is one of the main components of fertilizers, and its overuse has led to pollution—and resulting algal blooms—in many water bodies. In addition, the world’s largest source of phosphorus is in a disputed area of northern Africa, which makes its future availability uncertain. 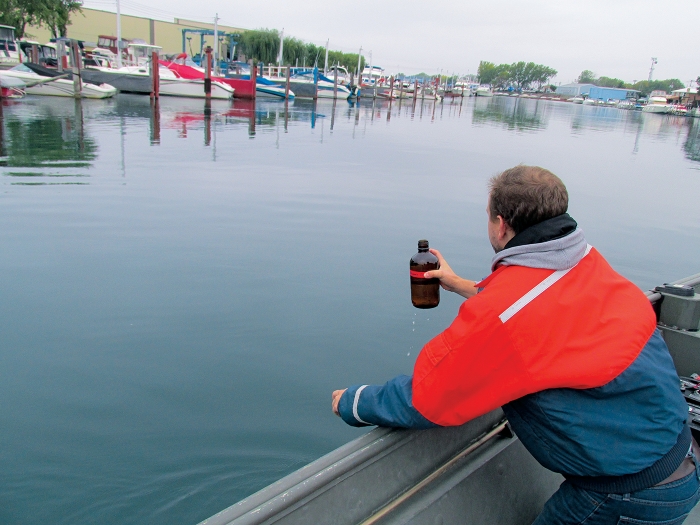 Despite that, “there has been very little interest and progress in the detection of phosphorus in decades,” says chemist Matthew Platz, vice chancellor for academic affairs at the University of Hawaii, Hilo, and a former director of NSF’s chemistry division.

Platz, who co-organized the workshop on phosphorus, says measurements of this element still rely on a 60-year-old protocol. There is a need for new sensors and for ways to capture and reuse phosphorus, he says.

“I think the academic community’s attention has been focused elsewhere on societal needs, mostly related to human health,” he says. “I’m happy to see NSF’s chemistry division also taking note of environmental problems that can only be solved with the help of chemistry.”

NSF has had programs focused on energy and the environment before. But this specific focus on the intersection of food, energy, and water is new.

In the past, chemists who worked on these problems often had to go to other federal agencies to get funded. Diana Aga, a professor at the University at Buffalo, SUNY, and an analytical chemist who studies pharmaceutical and other contamination in water, says she has teamed with engineers for funding or gone to other agencies, including the U.S. Department of Agriculture.

So she’s excited about INFEWS. The program has more than $50 million in funding for 2016—including a $5 million contribution from USDA—and NSF has requested more than $62 million for 2017.

NSF’s chemistry division alone has set aside $2 million for INFEWS research in 2016, but Bessel suspects it could fund far more than that through its traditional grant programs. Even more opportunities for chemists could come when NSF’s materials research division joins INFEWS next year.

A “Dear Colleague” letter to chemists last year signaled the change to the community. The call has already unearthed some interesting proposals, says James Jones, a program officer at NSF who was recently brought on to lead the INFEWS program. “We expect this program to grow,” he says. “There is also international interest.”

Abhishek Roy of Dow Chemical, who participated in the water workshop, says the kind of fundamental research on food, energy, and water that comes from NSF support will help industry and policy-makers make better decisions. “We are dealing with a vast international topic,” Roy says.

Dow has been working on energy and water problems, he says. “But realizing the connection between the food, energy, and water issues—and the importance of this connection—that is a really important message that is coming out.”

Part of the challenge is that so many disciplines are involved in research involving agriculture, energy, and water, Aga says. Agriculture and soil scientists, surface water and treatment specialists, pollution and runoff experts, and even food packaging developers are a few of those involved.

“A lot of times chemists will know what to do, but we don’t know what the problems are,” she says. Aga encourages interested chemists to team up with agriculture or water researchers who can introduce them to important problems. “They love working with chemists.”

Chemical sensing, nanotechnology, polymer chemistry, and surface chemistry are just a few of the areas where research is needed. “Almost every flavor of chemist has a role in this,” says Frank V. Bright of the University at Buffalo, who co-organized the water workshop.

Olesik thinks chemists could be the mainstay of water research, but chemists haven’t always seen water issues as an important area to work in. She hopes that, with INFEWS, that situation is about to change.

“The big need is for people to get out of their comfort zone and interact more with soil chemists and plant scientists,” says Olesik, who builds separation devices to handle complex mixtures, an activity that led her to water research. “We need to be shooting for the very high level impact. We can’t rely on quick fixes because there aren’t any.”

Observers say that students are drawn to water conservation and reclamation because of its potential to make an important impact. Platz says he encourages young faculty members and students to pursue that interest because food-energy-water problems rank alongside climate change as the biggest challenges facing the world, he says.

“A lot of our young people today are very idealistic: They want to save the planet,” Platz says. “These kinds of initiatives are going to really recruit the best and the brightest to chemistry.”