The decline of the cigarette filter

With fewer smokers, the makers of cellulose acetate for cigarette filters are adjusting

People are smoking less than they used to. That’s good news for public health. But for the few chemical firms that make the cellulose acetate fibers used in cigarette filters, the decline poses a long-term threat to one of their most profitable businesses. 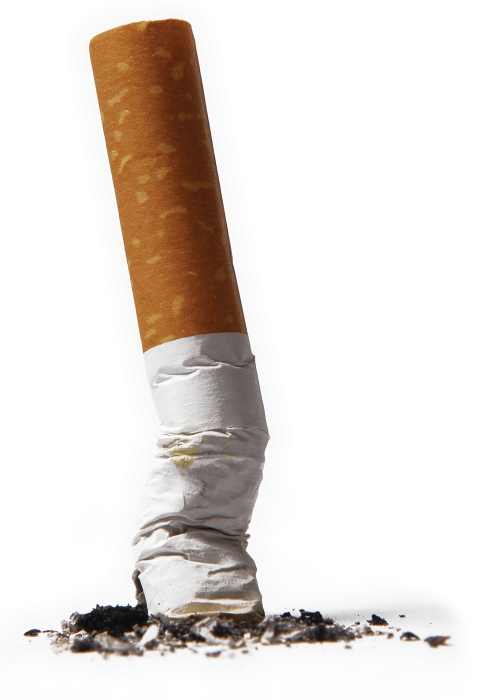 These companies now find themselves shuttering plants dedicated to the cigarette raw material. Some are looking for new markets in related chemicals to help cover the declining demand.

Cigarette filters became mainstream in the 1950s. “Once pooh-poohed as refinements intended for dilettantes and eccentric millionaires, filter cigarettes have by now gained acceptance among the public,” C&EN declared in a 1956 article. At the time, cellulose acetate was emerging as the preeminent filter material, beating out cotton and crocidolite, a form of asbestos.

According to the consulting firm IHS Chemical, about 800,000 metric tons of cellulose acetate flake are produced globally each year. About 80% of that goes into cigarette filter tow.

Filter tow is a cash cow for the companies that make it. In 2013 and 2014, Eastman Chemical’s fibers segment generated about 15% of the firm’s sales and 30% of its profits. Celanese’s consumer specialties segment, which houses the firm’s filter tow and food ingredient businesses, generated 17% of sales and a whopping 46% of profits last year.

But dwindling cigarette sales suggest that the profits won’t be rolling in forever. Olivier Maronneaud, an acetyls analyst at IHS, says Chinese cigarette demand fell for the first time ever in 2015 and was down 8% in the first quarter of 2016. “It seems to be a persistent trend,” he notes.

Chinese filter tow demand had been offsetting slumping sales in Europe and North America, adds Mike Nash, director of syngas chemicals for IHS. Now Chinese demand is also declining. “There is no doubt that we have seen peak cigarette,” he says. 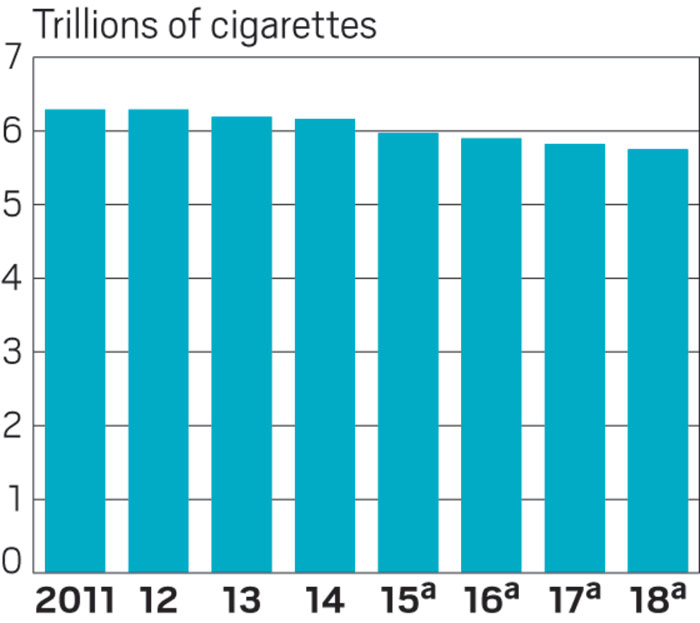 Scott Ballard, Eastman’s vice president and general manager for fibers, argues that the Chinese cigarette market is in too much flux to draw meaningful conclusions.

“So far this year, we’re seeing less cigarette production in China. Exactly how much of the current situation is due to destocking of cigarette inventories, new smoking regulations, austerity measures, temporary economic pressure, or changes in the fundamental socioeconomic growth trajectory are details we don’t know,” he says. “For now, we believe tow demand in China will be flattish going forward.”

“There’s no need to panic from that,” Sutton told analysts. He pointed out that cigarettes generate some 7% of the revenues available to the Chinese government, which predicts rising revenues in coming years. He also noted that price increases for filter tow have largely made up for the decline in demand.

Still, filter tow producers have cut back. In December, Celanese announced it was reducing capacity at its Belgian tow plant by 50%. Last year, Solvay closed older tow lines in Germany and Brazil. At the same time, Eastman closed a tow plant in Workington, England.

Upstream from tow, Eastman recently sold its interest in the Kingsport, Tenn.-based Primester cellulose acetate flake joint venture to its partner Solvay. With a recent flake expansion of its own, Eastman no longer needed the partnership’s output, the firm said.

For Solvay, buying out the venture was a way to secure low-cost flake for tow production in Germany, Brazil, and Russia. “It was the most economical way to optimize our footprint,” says Philippe Rosier, president of Solvay Acetow.

In Ballard’s view, the cellulose acetate restructuring reflects an industry shift away from Europe and toward Asia, mainly China. About 100,000 metric tons of capacity was installed in China as the same amount closed elsewhere. “Global demand was steady over that time, and utilizations remained high,” he says.

Although they claim not to be worried about the decline in cigarette demand, cellulose acetate producers are interested in cultivating noncigarette markets. Cellulose acetate textiles, films, and plastics—screwdriver handles and playing card laminates are quintessential examples—have been around for decades.

Eastman, which runs an ample business in cellulose acetate and esters, has been developing applications in packaging, tires, and displays.

Solvay sees a bright future in acetylated wood, which has been treated with acetic anhydride to bolster its environmental resistance. The company has an agreement to market Accoya wood made by Accsys Technologies. Accsys is doubling its capacity, and Solvay is planning its own Accoya plant. Rosier says the acetylated wood market is growing at a 15% annual clip and is an outlet for Solvay’s acetylation know-how.

“We are just preparing for the long-term evolution of our industry,” he says. “The tow business is and will remain for many years Acetow’s main activity.”

CORRECTION: This story was modified on July 6, 2016, to correct the description of cellulose acetate manufacturing.

Inorganic Chemicals
Solvay cuts European hydrogen peroxide production
Business
Ascend to ramp up nylon capacity
Business
Celanese, Blackstone to combine acetate units
Share X
To send an e-mail to multiple recipients, separate e-mail addresses with a comma, semicolon, or both.
Title: The decline of the cigarette filter
Author: Alexander H. Tullo
Chemical & Engineering News will not share your email address with any other person or company.