Suspense is in the air 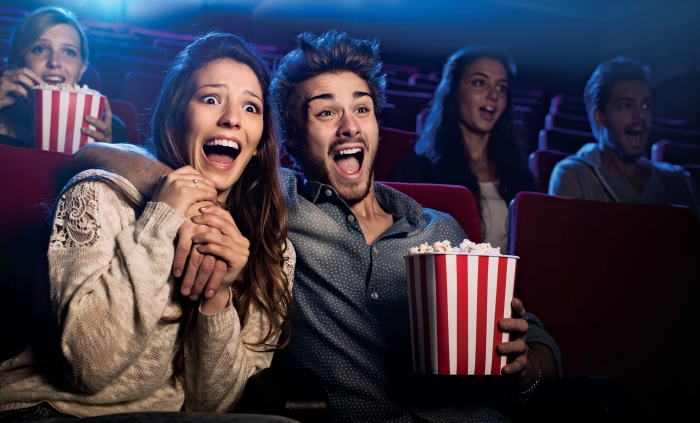 The air inside a movie theater carries the signature of the flick that’s showing, finds a team at the Max Planck Institute for Chemistry (Sci. Rep. 2016, DOI: 10.1038/srep25464). The chemists hooked up a proton-transfer-reaction mass spectrometer and a carbon dioxide detector to the ventilation system in a cinema in Mainz, Germany, and watched what happened to the theater’s air composition as moviegoers watched films in 2013 and 2014.

They wondered if they could detect changes in the air based on the audiences’ emotional state, lead author Jonathan Williams tells Newscripts. “A cinema is nothing more than a box of people who sit and don’t move and are pushed on an emotional roller coaster by the film. If you sweep nice fresh air over them, you can look for signals.”

Unsurprisingly, carbon dioxide levels in the theater rose as the theater filled. But during two high-suspense moments in “The Hunger Games: Catching Fire,” the spectrum showed two boosts of carbon dioxide, presumably as the audience breathed faster.

“In many cases it was possible to identify the different films from the CO2 profile by eye,” the team reported. Isoprene levels also showed peaks during suspenseful parts. Isoprene is produced during muscle movement and is metabolically linked to the synthesis of cortisol—made during stress—so worried, fidgeting viewers may explain these jumps. The findings were reproducible from showing to showing of the same film.

Volunteers watched all 16 movies that showed during the study period (to over 9,500 people) and scored the scenes for particular types of content or mood. The researchers then used statistical modeling to match these categories with the occurrence of compounds found in their spectra—many not yet conclusively identified. They found that certain compounds correlated with certain types of content. Comedy and suspense elicited the most characteristic reactions.

In a surprise finding, the work apparently detected the power of suggestion. In Germany, cinemas serve beer, and during “The Secret Life of Walter Mitty,” a bartender asks the main character if he would like a beer. “We often got a big spike in ethanol” at that point in the film, Williams says.

The team is now expanding its analyses to other emotional experiences. The theater where the team did its study has been showing European soccer championship games, so the chemists will soon be able to say what a goal looks like, carried on the breath of fans.

The stuff that makes socks stink

[+]Enlarge
Credit: Shutterstock
Greener but not cleaner: You washed them, but your socks might still stink. 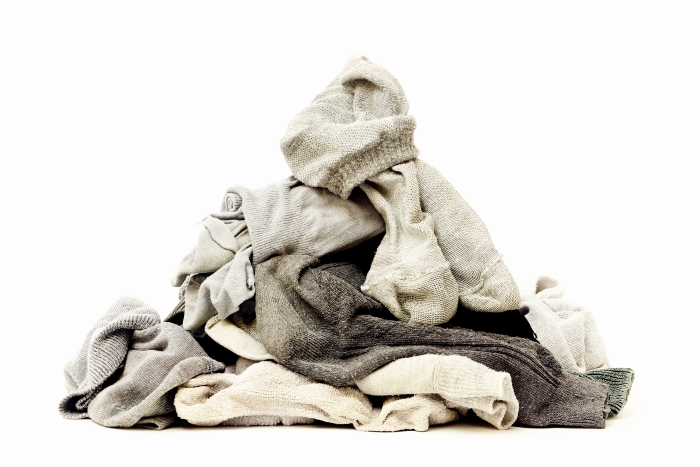 Credit: Shutterstock
Greener but not cleaner: You washed them, but your socks might still stink.

Spectrometry is also being put to use to characterize another type of human off-gassing. Graduate students at Northumbria University learned the proper way to smell dirty socks and T-shirts and describe their stink—for science. The team “smell scored” socks and T-shirts worn by volunteers, including a soccer team, and also measured the volatile compounds in the garments using static headspace-multicapillary column-gas chromatography-ion mobility spectrometry.

Cold water washing and line drying removed most of the bad-smelling compounds, except dimethyl trisulfide. In some cases, nearly three-quarters of that stinky compound remained in the clothes. The Procter & Gamble-funded study also noted that “one individual (Participant 6) was identified as having a more intensely malodorous T-shirt than the others.” Sorry, Participant 6.

Pollution
Thirdhand smoke detected in nonsmoking facility
Food Science
Food chemists uncover the secrets behind pretzels’ unique scent
Neuroscience
Small genetic variations link the activity of odor receptors with the perception of odors
Share X
To send an e-mail to multiple recipients, separate e-mail addresses with a comma, semicolon, or both.
Title: Scents and scents’ abilities
Author: Jessica Marshall
Chemical & Engineering News will not share your email address with any other person or company.