C&EN profiles Ingevity, a new player in the chemical industry

Spun off on its own, company that upgrades the paper industry’s waste has more ways to grow, CEO says 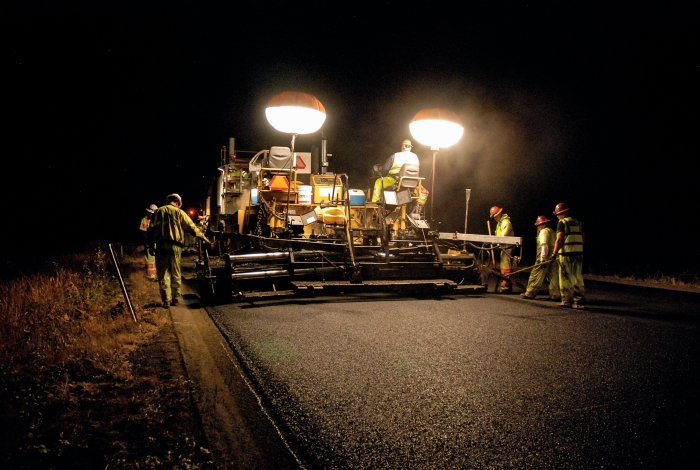 It’s not hard to imagine that D. Michael Wilson’s first thought upon being offered the job as chief executive officer of Ingevity was “Wow, this company is doing pretty well. I better not screw it up.”

Ingevity is the former specialty chemical business of the paper company MeadWestvaco (now WestRock). Around in one form or another for more than a century, it converts sawdust into activated carbon and the papermaking by-product crude tall oil into fatty acids, rosin, and downstream chemicals.

Ingevity at a glance

For most of its history, the business hummed along quietly and profitably within MeadWestvaco. But in mid-2014, an activist investor, Starboard Value, started urging MeadWestvaco’s CEO, John A. Luke Jr., to jettison noncore businesses such as chemicals.

In early 2015, Luke finally agreed, announcing plans to spin off the $1 billion-per-year chemical business as a separate company. The name Ingevity was announced in July 2015, and Wilson became CEO two months later. Ingevity started trading on the New York Stock Exchange on May 16 of this year.

Wilson joined the South Carolina-based firm after stints at the chemical makers FMC and, most recently, Albemarle. Prior to being approached about the job, “I knew little to nothing about the specialty chemical division of MeadWestvaco,” he acknowledges. But Wilson was intrigued by a company that took raw materials from trees and converted them into products for industries as diverse as auto emissions control, oil well drilling, and paving.

He also was impressed by Ingevity’s numbers. The business increased sales at a double-digit annual rate from 2010 to 2014. Even after a sales and profit drop in 2015, it was number five among 14 midsized U.S. chemical companies in EBITDA margin, a common measure of profitability, and number two in return on assets, according to a presentation the firm made to investors in May.

It was those lofty numbers that may have given Wilson pause about the CEO job. Ingevity was no turnaround candidate that he could easily fix and be a hero. Still, Wilson concluded that newly independent Ingevity had potential that was not being realized when it was part of MeadWestvaco.

That’s changed, of course, and now deals are on the table. Because MeadWestvaco didn’t saddle Ingevity with too much debt or other liabilities, it can comfortably spend up to $350 million on an acquisition, Wilson says. But he’s in no hurry, noting that he has a new board and new shareholders who must be educated about the current business. “You will see us be both patient and deliberative,” Wilson says.

Moreover, Wilson sees plenty of opportunity to keep growing what Ingevity already has. Of Ingevity’s two businesses, the more profitable is performance materials, which creates activated carbon from hardwood sawdust. The business’s most important customers are makers of canisters that capture and recycle gasoline vapor generated by cars during fueling and warm daytime temperatures.

The company boasts that its products help prevent more than 10,000 metric tons of volatile organic compound emissions daily. Looked at another way, they capture the equivalent of almost 15 million L of gasoline per day that otherwise would have been lost to the atmosphere.

Virtually all cars sold worldwide contain the canisters, but standards are highest in the U.S. and Canada. Many countries are still using technology that was last practiced in North America in the early 1980s. Some of these countries are now enacting regulations to capture more vapors, leading Wilson to predict that Ingevity’s sales for this application will double over the next five to seven years.

He bristles at the suggestion that the activated carbon Ingevity sells to the auto industry is no more than burnt wood. Unlike most competitors, which do burn carbonaceous materials to make their carbon, Ingevity creates its activated carbon through a chemical activation process, based on phosphoric acid or zinc chloride, that leaves vapor-capturing nanopores. “We’ve been at this for 40 years,” he says. “This is a highly engineered product.”

Likewise, Wilson emphasizes that products sold by Ingevity’s other business, performance chemicals, are much more than fatty acids and rosin created by fractionating tall oil from pine trees. Although those are the performance chemicals business’s starting products, over the years the business has pushed downstream into specialized derivatives for a range of industries.

Emblematic of this push is Ingevity’s pavement technologies unit, which sells a line of about 100 additives that go into asphalt.

Ingevity introduced the first Evotherm products about a decade ago, but market penetration in the U.S. is still less than 20%, Crow acknowledges, mostly because of the nature of the company’s clientele. “Government employees and civil engineers are pretty risk-averse,” he says.

Another paving additive line, Indulin cationic emulsifiers, enables what the industry calls pavement preservation—applying about 6 mm of a cold paving emulsion to touch up a road, rather than the 25 mm of hot asphalt typically used to create a new surface. Emulsifiers and other additives also can aid Ingevity customers that are trying to get recycled asphalt, rubber, and glass into road surfaces.

Outsiders are giving the new company high marks. Oppenheimer & Co., an investment firm that issued one of the first research reports on Ingevity, gave it an “outperform” rating. Oppenheimer figures that Ingevity is the world leader in the carbon-based emissions capture market and number one or two in pine-chemical-based pavement additives and industrial specialties such as adhesives and lubricants.

However, Lawson points out that Ingevity, like all players in pine chemicals, is dependent on a papermaking by-product, crude tall oil, made by an industry that is not growing appreciably. Furthermore, renewable energy regulations often provide incentives to burn raw materials such as tall oil as a fuel rather than refine them into chemicals. Although the U.S. has no such incentives, they are being put in place in some European countries.

Wilson supports pine chemical industry efforts to eliminate the incentives, but he says he’s not concerned about crude tall oil supplies. Ingevity has long-term contracts to get half of its supply from its former parent, and Wilson is confident in the firm’s ability to find the rest of what it needs on the open market.

“Crude tall oil is a raw material that is in limited supply,” he says. “That’s always been the case, and we have dealt with it.”

More troubling to Wilson is the general weakness Ingevity is experiencing in its performance chemicals business, largely because of slow sales of drilling additives to the slumping oil and gas industry. The company expects its revenues to be down at least 6% this year. Responding, Wilson oversaw a 10% reduction in the company’s workforce earlier this year and the closure of a small plant in Brazil.

But near-term problems aside, Wilson is bullish about the company he now works for. The activated carbon business continues to prosper, and the performance chemicals business is expected to return to growth next year. If Wilson had any hesitation about taking the CEO job, it is behind him. “We are starting life as a new public company from a position of strength,” he says.

Finance
Activist investor seeks seats on Ashland’s board
Business
Ingevity will buy a pine chemicals business
Business
Orion Engineered Carbons is in the black
Share X
To send an e-mail to multiple recipients, separate e-mail addresses with a comma, semicolon, or both.
Title: C&EN profiles Ingevity, a new player in the chemical industry
Author: Michael McCoy
Chemical & Engineering News will not share your email address with any other person or company.