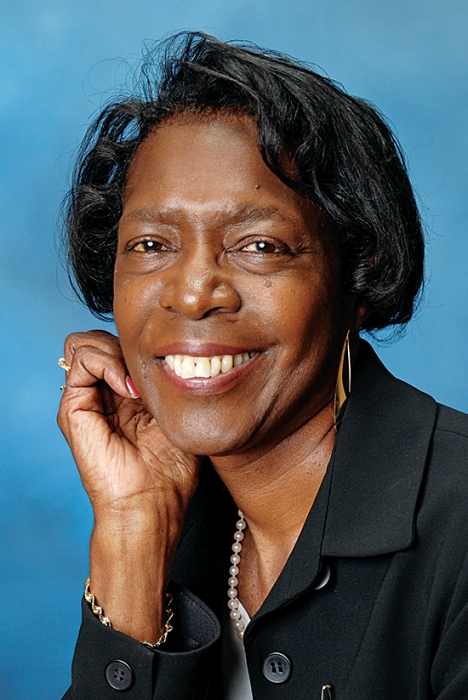 Since 2014, I’ve been proud to serve as the ACS Board liaison for the society’s Science & Human Rights program. ACS has a long history of monitoring cases of scientists and engineers from all over the world whose rights have been abridged. Over the years, scores of letters have been dispatched in support of these colleagues abroad. However, despite strong connections to organizations in both the scientific and human rights communities and new initiatives to assist these at-risk scientists, a gap remains: awareness and direct involvement of ACS members in our casework.

To more directly connect our membership with cases, we established the ACS Science & Human Rights Alert Network. This e-mail alert network helps ACS members and other interested subscribers take action on behalf of chemists, chemical engineers, and allied scientists in perilous and uncertain situations. Network members receive alerts linking them to petitions for these scientists from partner organizations. They have the opportunity to learn more about and monitor the cases and communicate directly with key stakeholders, including those detained. These communications can greatly lift the spirits of the affected scientists and demonstrate to them that the international community is monitoring their case and treatment. Network participants also receive occasional notifications of other events of interest such as our science and human rights webinars and symposia at ACS national meetings.

Our science and human rights webinar series, which highlights potential solutions to human rights problems, will continue in 2016. Several Nobel Laureates and high-profile organizations, such as the Organisation for the Prohibition of Chemical Weapons, Physicians for Human Rights, and the Malta Conferences Foundation, have been featured in previous broadcasts. Network participants will receive communications regarding upcoming webinars, and articles will regularly be posted in the Global Chemistry online newsletter, published monthly by ACS’s Office of International Activities (OIA).

A case that ACS has followed since 2012 is that of Halil Kemal Gürüz, a retired chemical engineer from Turkey (C&EN, Oct. 13, 2014, page 30). Gürüz is also a former president of the Turkish Council of Higher Education and the Turkish Scientific & Technological Research Council. Gürüz was jailed in 2012 as part of the Ergenekon conspiracy, which targeted academics, journalists, and other individuals as members in a fabricated coup against the Turkish government. After correspondence from ACS leadership as well as a letter-writing campaign from ACS members at the 2013 ACS national meeting in Indianapolis, he was released from prison and his case is currently under appeal by civil courts. Although his conditional release from jail in September 2013 has been a positive development in this case, ACS is still monitoring his situation to ensure that the appeal proceedings are conducted in accordance with international standards.

Another case is that of Abdul Jalil Al-Singace, a former mechanical engineering professor from Bahrain who was imprisoned for his role in peaceful protests in 2011. ACS began monitoring his situation in 2011. Al-Singace has been on a hunger strike since the end of March 2015 to protest his living conditions and lack of access to counsel and family. Although ACS criteria for case selection now focus on scientists and allied professionals in the chemical and closely related sciences, his case has been grandfathered in by previous selection criteria.

More recently, ACS was informed of an ongoing situation regarding retired Iranian chemistry professor Mohammad Hossein Rafiee Fanood. Rafiee has been imprisoned since 2004 for charges including “spreading propaganda against the system” and “creating unease in the public mind.” His family is gravely concerned about his health, the conditions of his imprisonment, and the conformity to international standards of due process and treatment.

ACS has recently taken action on behalf of Rafiee and Al-Singace. ACS Immediate Past-President Diane Grob Schmidt sent correspondence to U.S. and foreign governments on behalf of both scientists. To read some of these letters, please visit www.acs.org/scienceandhumanrights. However, individual support from dedicated members through the ACS Science & Human Rights Alert Network can further help their situations.

Alert network registration can be done online or in person. Information and a sign-up sheet will be available at the international activities booth at the ACS Leadership Institute in Dallas on Jan. 22–24, at which I will be joined by representatives from the ACS Committee on International Activities (IAC) and staff from OIA. IAC and OIA are key stakeholders with ACS’s human rights efforts. If you are in Dallas, please stop by the booth to learn more.

In addition to participating in the alert network, I encourage you to stay informed of ACS’s initiatives in science and human rights by subscribing to Global Chemistry, which you can do by e-mailing intlacts@acs.org. This monthly publication contains a section dedicated to the ACS Science & Human Rights program as well as information on efforts from our partner organizations, such as Amnesty International and the AAAS Science & Human Rights Coalition. You can also visit our program webpage (www.acs.org/scienceandhumanrights) to view archived webinars and other information on our efforts.

Chemists, chemical engineers, and allied professionals around the world whose rights have been abridged continue to be at risk and need the support of the international scientific community. Register for the ACS Science & Human Rights Alert Network today to lend your voice and support to them.