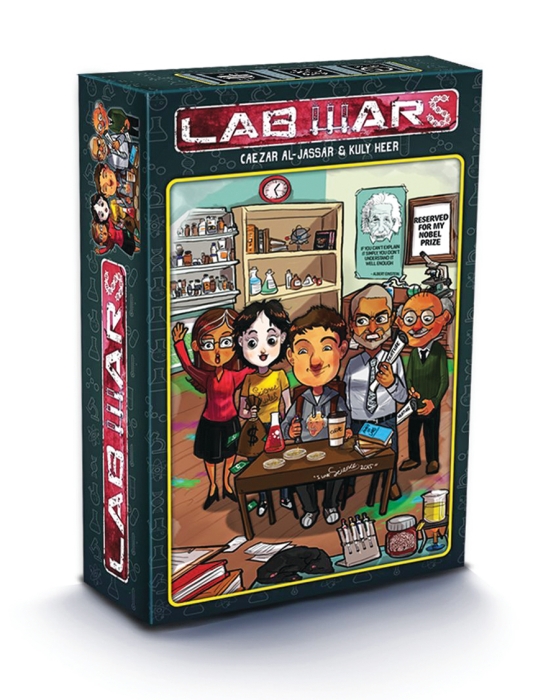 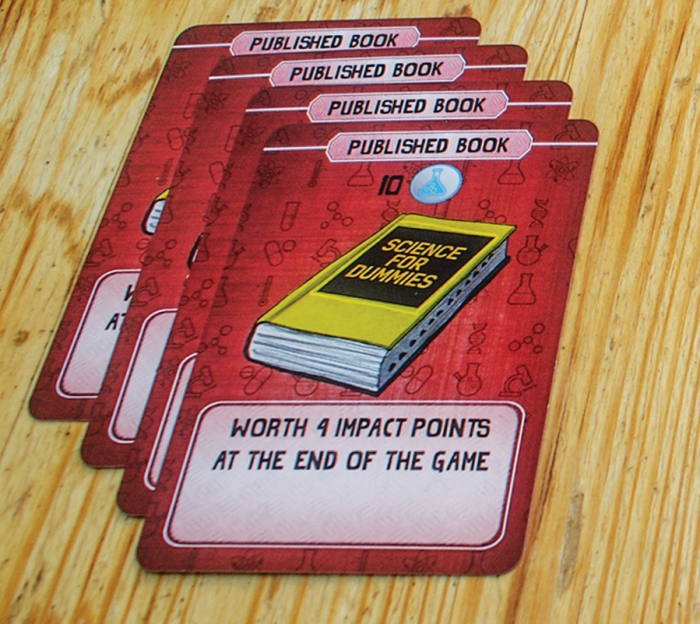 Wannabe athletes have fantasy sports to scratch their competitive itch on a make-believe playing field. Wannabe scientists will soon have Lab Wars.

Marketed as “the science-themed card game where you build up your lab and sabotage your competitors all for scientific glory,” Lab Wars puts participants smack-dab in the middle of the cutthroat, and sometimes morally ambiguous, world of scientific research. To play, participants control a research team and attempt to boost the team’s fame by collecting and playing cards representing both admirable and nefarious actions. On the admirable side, a player’s lab might publish a book of its studies. On the nefarious side, that same lab might conduct a heist and steal research secrets from a competitor. After several rounds of engaging in these activities, the player with the most renowned lab wins.

Lab Wars was designed for both scientists and nonscientists alike, says Caezar Al-Jassar, a postdoctoral fellow at the Medical Research Council’s Laboratory of Molecular Biology and one of the game’s creators. “For scientists, our main aim was to make them laugh but also give them a sense of real-world academic competition,” Al-Jassar tells Newscripts. “For nonscientists, we wanted to expose them to the exaggerated world of academia” while also teaching them about it in a fun way.

This approach has certainly sparked interest online. To pay for the game’s development, Al-Jassar and cocreator Kuly Heer, a Ph.D. psychologist, solicited financial support on the crowdfunding website Kickstarter. Their initial goal was around $6,500. In the end, they raised roughly $65,000.

Thanks to this support, Al-Jassar and Heer now have enough money to finalize Lab Wars’ artwork, manufacture the game, and ship it to customers. So it won’t be long before supporters of the Kickstarter campaign are playing Lab Wars and living out their scientific espionage fantasies. For those who missed out on the initial fund-raising, Lab Wars can still be preordered at the game’s website for $27.

The chemicals in all-natural foods 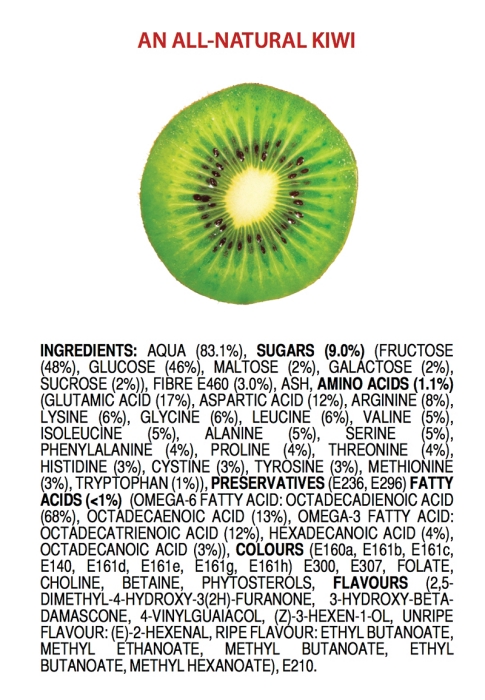 While scientists do battle with one another in Lab Wars, James Kennedy has been waging his own war, fighting against the public’s fear of chemicals, or chemophobia.

To help his cause, the secondary school chemistry teacher from Melbourne, ­Australia, has released a series of 12 infographics depicting fruits and other all-natural foods alongside a list of their chemical components. These lists of “ingredients” are striking in that they are prodigiously long and contain names that might sound intimidating to a lay public unfamiliar with chemistry. For instance, an infographic for kiwi highlights some of the compounds behind the fruit’s flavoring, including 3-hydroxy-β-damascone, 4-vinylguaiacol, and 2,5-dimethyl-4-hydroxy-3(2H)-furanone.

Kennedy has posted his illustrations to his blog alongside ruminations about his crusade against chemophobia. “I want to erode the fear that many people have of ‘chemicals’ and demonstrate that nature evolves compounds, mechanisms, and structures far more complicated and unpredictable than anything we can produce in the lab,” he writes in one blog entry. Those are certainly words the Newscripts gang will be thinking about as we enjoy such summer delicacies as strawberries, blueberries, and peaches, all foods for which Kennedy has designed infographics.

Comments
Genevieve (July 27, 2016 3:38 PM)
I'm actually disappointed by the description of this game. The concept in general sounds fun, but sabotage (seriously??) is not a part of "real world" science, and will definitely not give the general public a positive view of scientific work. Seems more than a little irresponsible, then, to suggest that the game is "based on REAL LIFE events we as scientists have encountered, heard about or researched!"
Reply »

Joel Malard (September 10, 2016 4:27 PM)
Sabotage does occur inside scientific institutions as does plagiarism and although these are typically not tolerated officially there are enough grey areas that it would be desingeneous to hide this risk from youngster entering the field of science.
Reply »

Rachelle (September 20, 2016 11:55 AM)
Not sure if you have worked in a lab, but unfortunately, sabotage does actually happen. When I interviewed for graduate school, one of my hosts at a big name school told me how she knew of students within the same group that would sabotage each other's projects in order to be the first one to get a paper out. She also spoke about sabotage between groups, but It was the intra-lab sabotage that made me decide against going to that school for my PhD.
Reply »

Paul Eckler (July 29, 2016 1:00 PM)
Thanks to James Kennedy for an attention grabbing way to enlighten the public to the value of basic science. The public would do well to be better informed on matters of science.
Reply »

Jane Morgan (August 7, 2016 4:34 PM)
My response to Genevieve is 'how naive'. Clearly she has never seen science down and dirty! Science is no different from other businesses in that it has its share of charlatans! A shame but no ivory towers anymore - if there ever were!
Reply »