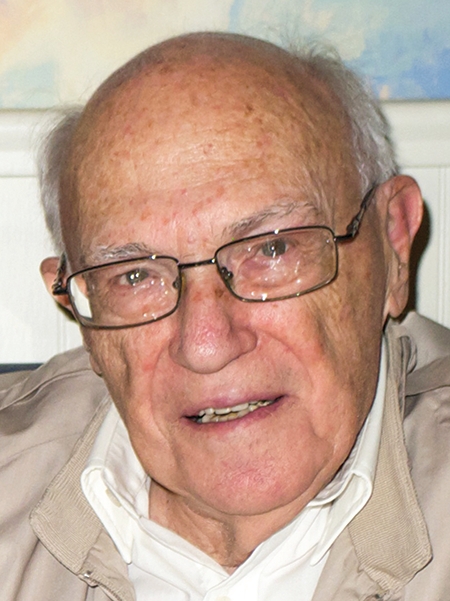 “The son of Russian Polish immigrants, Jerry grew up in New York City and remembered selling ices on the Coney Island boardwalk. He married Selma Amster shortly after meeting her, staying together for the rest of her life and raising their family in rural eastern Long Island. He enjoyed extensive family cross-country camping trips, foraging for local seafood, softball games with his daughters, and world travel with Selma. His professional articles have been cited more than 1,000 times and remain relevant; his oldest grandson’s wife found his seminal articles on foot-and-mouth disease among her required veterinary reading.”—Lois Polatnick, daughter