Discovery could lead to improved drugs for Chagas disease, leishmaniasis, and sleeping sickness

Parasites known as kinetoplastids infect millions of people annually, predominantly in poor communities in Latin America, Asia, and Africa. And the diseases caused by these organisms, African sleeping sickness, leishmaniasis, and Chagas disease, kill tens of thousands every year. 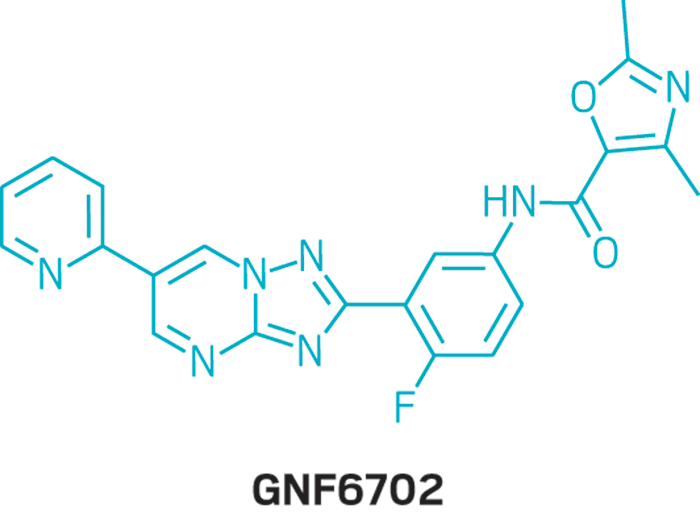 Doctors urgently need new therapies for these infections because available medicines suffer from multiple shortcomings. For example, the best medication for sleeping sickness has significant side effects and must be administered by trained personnel in hospitals, which are scarce in poor countries.

Frantisek Supek of the Genomics Institute of the Novartis Research Foundation, in San Diego, and coworkers have now identified a common target in kinetoplastids that can be hit with a single molecule (Nature 2016, DOI: 10.1038/nature19339).

The compound, called GNF6702, can clear the sleeping sickness, leishmaniasis, and Chagas parasites from mice with efficacy comparable to existing anti-kinetoplastid medications. And the molecule does so through a new mechanism of action—inhibiting the parasites’ cellular protein-disposal system, called the proteasome. GNF6702 hits the parasitic proteasome without inhibiting the human one, which could help minimize its side effects.

The proteasome target “is novel in a field with a dearth of drug targets and new therapies,” comments Graeme Bilbe, R&D director at the Drugs for Neglected Diseases Initiative, in Geneva, Switzerland. “The work is a startling breakthrough but still at an early stage.”

Although testing the safety of GNF6702 is needed before it can reach clinical trials, Bilbe notes that it can be given orally and that it matches or exceeds the efficacy of drugs currently used to treat the three conditions.

To find the compound, Supek and coworkers carried out high-throughput screening of three million compounds for agents effective against all three infections. Then, through medicinal chemistry, they enhanced those molecules’ bioavailability, potency, and selectivity, while reducing their toxicity, yielding GNF6702. Treating the three diseases with one agent could have advantages, such as convenience in resource-limited settings. But analogs of GNF6702 might be needed for treatment of different kinetoplastid infections. Novartis is currently analyzing the toxicity of GNF6702-related compounds in animals.

Drug Discovery
A small molecule in the gut could explain bariatric surgery’s anti-diabetic effects
Vaccines
What will it take to make an effective vaccine for COVID-19?
Oncology
AstraZeneca licenses another Daiichi cancer drug
Share X
To send an e-mail to multiple recipients, separate e-mail addresses with a comma, semicolon, or both.
Title: Single agent targets three parasitic infections
Author: Stu Borman
Chemical & Engineering News will not share your email address with any other person or company.