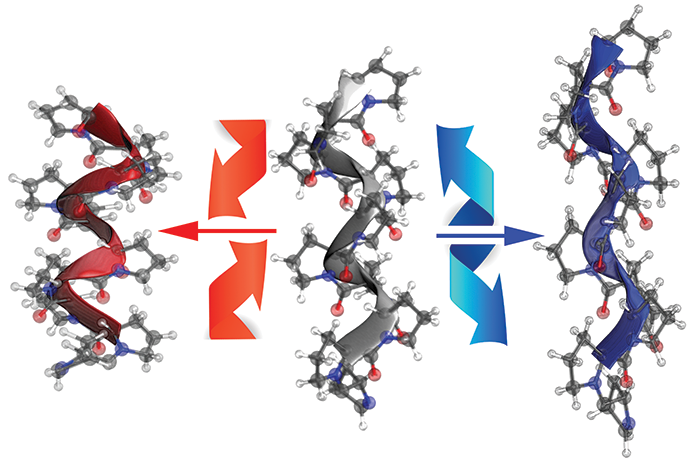 Credit: Timothy Korter/Syracuse U
Terahertz spectroscopy shows that polyproline helices are much springier than previously assumed. Stylized arrows depict coiling and uncoiling that accompany the contracting (left) and stretching (right), respectively, of the helices.

For a long time, the club of scientists working with terahertz radiation was fairly exclusive. Its “members” included instrumentation aficionados who made customized equipment for probing molecules in the terahertz range (1 THz = 1012 Hz), also known as the far-infrared range. These scientists used light in this portion of the electromagnetic spectrum, which sits between the infrared and microwave regions, for studies in a number of areas such as spectroscopy and astronomy. For example, astronomers have used it to study the abundance of water, carbon monoxide, and oxygen in interstellar clouds.

In recent years, however, affordable commercial instruments for generating and detecting terahertz light have become widely available. As a result, the once-exclusive club now includes many researchers who are applying terahertz light to areas that were difficult to study previously.

These scientists are harnessing unique analytical abilities of terahertz light. Unlike infrared light, for example, which induces bending and stretching motions within molecules, terahertz light causes collective motions of groups of molecules. This provides new ways of interrogating molecular systems. 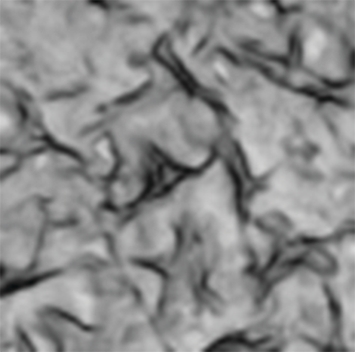 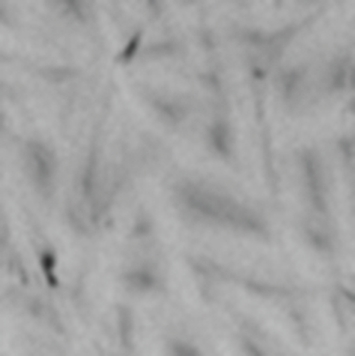 In one study, researchers used terahertz spectroscopy to measure the elasticity of polyproline helices (Angew. Chem. Int. Ed. 2016, DOI: 10.1002/anie.201602268). Because polyproline is a key component of collagen, a protein that imparts strength and structural integrity to connective tissues, the elasticity of the biopolymer is related to the springiness of skin and tendons.

Polyproline has long been considered a rather rigid molecule, says Syracuse University chemist Timothy M. Korter. The rigidity is often invoked to explain the basis of mechanical strength in proline-based proteins, he adds, but it has been difficult to measure that property directly.

Korter and coworkers used terahertz spectroscopy, quantum calculations, and other methods to determine Young’s modulus, a measure of springiness, for two helical forms of poly-L-proline: form I, which is a right-handed helix, and form II, which is a left-handed helix.

Their findings show that conventional wisdom is wrong about polyproline. It turns out that the helices are considerably less rigid than many other natural and synthetic polymers. And because of differences between peptide bond geometries in the two forms, they differ greatly from each other. The team reports Young’s moduli of 4.9 and 9.6 gigapascals for forms I and II, respectively. For comparison, the polymer poly-L-glycine has a Young’s modulus of 42 GPa.

In the other terahertz-polymer study, scientists used terahertz light to induce conformational changes and crystallization in poly(3-hydroxybutyrate) (PHB), a well-studied bioderived plastic (Sci. Rep. 2016, DOI: 10.1038/srep27180). The study may offer a new low-energy way to control the orientation of molecular chains and degree to which they are ordered. Those parameters often dictate a polymeric material’s physical properties, such as flexibility, heat resistance, transparency, and toughness. And they affect the biological activity of biopolymers.

The mechanism controlling crystallization remains unclear, Hoshina acknowledges. The studies indicate that terahertz light activates intermolecular motions between polymer chains and solvent molecules, he says, but it probably occurs indirectly, perhaps through the effects of terahertz-generated shock waves. His team is now investigating that hypothesis. The team also aims to study whether the method can induce crystallization in biopolymers that are difficult to crystallize.

“It’s exciting to see how terahertz methods are being used nowadays in a growing number of important applications,” says Yale University’s Charles A. Schmuttenmaer, one of the field’s pioneers. The polyproline study “beautifully demonstrates” the power of combining terahertz spectroscopy with high-level computational methods, he says. And the PHB study shows that polymer crystallization can be driven by terahertz radiation’s unique ability to tap into low-frequency intermolecular vibrations.

University at Buffalo, SUNY, physicist Andrea Markelz, a terahertz spectroscopist who specializes in biomolecular dynamics, is also enthusiastic about these studies. Regarding the significance of the Syracuse work, Markelz notes that polypeptide elasticity is important biologically, but it has been very challenging to design an experiment to measure that parameter directly. Meanwhile, the RIKEN researchers convincingly conducted control tests and observed a “clear effect of terahertz light on crystal growth,” she says. “I have never seen anything like this before.”

Jiang Zhao, a polymer physicist at the Institute of Chemistry of the Chinese Academy of Sciences, notes that after decades of investigations “there still are unsolved problems in basic polymer science.” For example, scientists would like to understand the relationship between polymer chain structure and polymer properties, as well as learn about molecular behavior during phase transitions such as crystallization. “These studies show that terahertz methods can certainly help advance our understanding of fundamental polymer properties.”