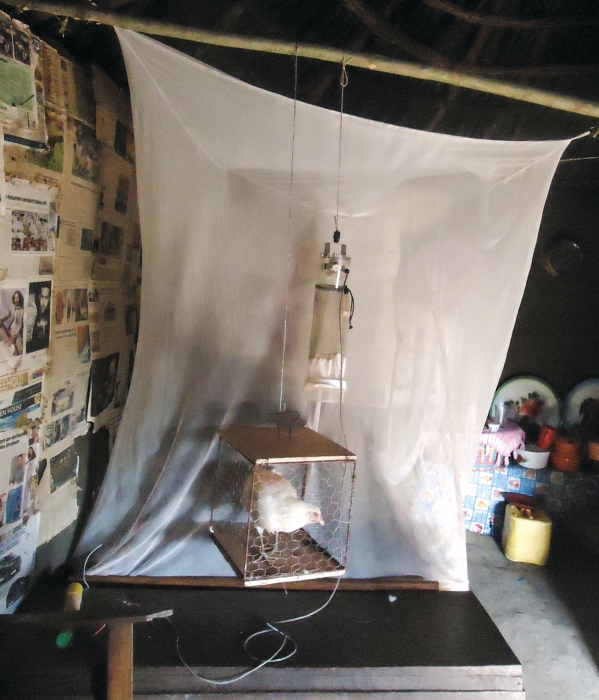 Finding ways to fight malaria-spreading mosquitoes can be tough. As control measures have started to bite away at the reach of the most prevalent African mosquito, Anopheles gambiae, another species, Anopheles arabiensis, is starting to rise to prominence.

Rickard Ignell, a chemical ecology professor at the Swedish University of Agricultural Sciences, is looking for ways to fight the spread of An. arabiensis by playing to their olfactory inclinations.

“The life of the mosquito is mostly centered around its sense of smell,” Ignell tells Newscripts. “What we are trying to do here is basically break the code, to see what they are attracted to and what they are repelled by.”

They captured An. arabiensis in three rural villages to find out what meals the mosquitoes like the most. At night, residents of these villages bring their animals inside to protect them from predators or potential thieves, so everyone from goats to grandmas is fair game for the biting bugs both inside and out.

The team found that An. arabiensis slightly prefer humans inside and cows outside. But the mosquitoes have a distinct dislike for chickens. That was a surprise. “Mosquitoes do not feed on chickens even though they were the third-most-abundant host in the villages,” Ignell says.

Ignell and his colleagues thought they might use this avian aversion to their advantage. So they examined the volatile chemicals in the air surrounding cattle, goats, sheep, and chickens (humans had already been studied). They found four chicken-specific chemicals that made the mosquitoes flee: isobutyl butyrate, naphthalene, hexadecane, and trans-limonene oxide.

Ignell’s team then returned to the village in rural Ethiopia to test whether this re-created eau de chicken would actually keep mosquitoes away. A volunteer slept in a bed near a machine that sent out puffs of the chicken smell all night. In another hut, a live chicken hung in a cage near the bed. Both kept mosquitoes away.

Chicken perfume is not going to be the ultimate mosquito repellent, Ignell says. For example, it’s not clear whether the fragrance would work for other mosquito types such as Aedes aegypti, which carries the Zika virus. But it could be part of the solution. Current control measures such as bed nets and repellents take care of mosquitoes indoors. “What people in Africa need most is something that will control mosquitoes outdoors.”

Ignell’s funding to continue this work has run out, so he’s looking for a company that might want to partner up to turn his chicken discovery into a product that could repel mosquitoes outside. Chicken citronella candle, anyone?

TV that drives away pests

If you live in India, your nightly entertainment can now serve as a mosquito repellent. 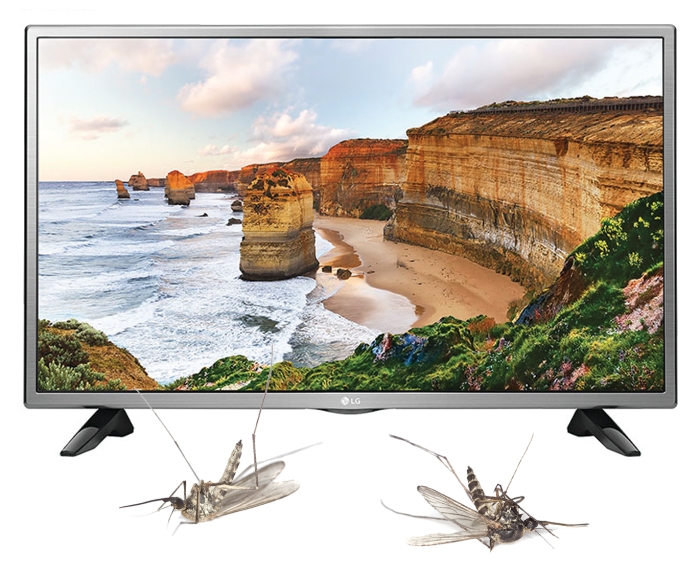 LG, the global electronics giant, has introduced a television with “mosquito-away technology.” It claims to use ultrasonic waves to drive away mosquitoes. “Since no harmful chemicals are used, it is also odour-free and not hazardous to health like the conventional methods used for keeping mosquito [sic] away,” the marketing materials proclaim.

Testing was done to show that the technology works, according to the company’s disclaimer. An average of 76.7% of A. aegypti mosquitoes were sent running by the technology, though because it was tested in a controlled laboratory setting, “results may vary in actual use.”

LG says not to worry about the low-level noise that emanates from the speakers when the technology is turned on. “It is normal and there is no need to be concerned,” the company states. Even if the sound bugs you, LG says mosquitoes won’t.