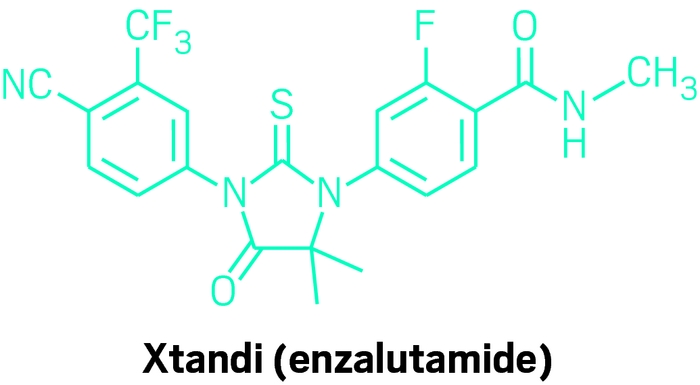 Pfizer has signed an agreement to acquire Medivation, a biopharmaceutical firm specializing in cancer therapies, for $14 billion in cash. The deal is the latest in a string of acquisition moves by the U.S. drug major, which failed in bids to acquire AstraZeneca in 2014 and Allergan earlier this year.

It also caps a courtship in which Sanofi and several other big drug companies have been vying to acquire Medivation, whose portfolio includes Xtandi, an androgen receptor inhibitor for the treatment of advanced metastatic prostate cancer.

Pfizer’s bid for Medivation of $81.50 per share comes in well over Sanofi’s offer of $52.00, which would have amounted to a deal worth $9.3 billion. Pfizer is also overshooting a forecast by the investment firm Leerink that a winner would pay up to $70.00 per share for the San Francisco-based biotech. Medivation’s closing stock price on Aug. 19, the business day before the deal was announced, was $67.16.

Pfizer is banking on Medivation to put it in a lead position in oncology, where it is finding success with the metastatic breast cancer treatment Ibrance, approved in 2015. Medivation, which comarkets Xtandi with its development partner, Astellas Pharma, has a late-stage pipeline with two primary assets—talazoparib, in Phase III trials for the treatment of BRCA-mutated breast cancer, and pidilizumab, an immuno-oncology drug under development for diffuse large B-cell lymphoma.

Pfizer and Medivation have worked together before, developing Dimebon, an antihistamine that Medivation CEO David T. Hung championed as an Alzheimer’s disease treatment. Dimebon failed in Phase III clinical trials in 2010, and the companies terminated their development partnership two years later.

Pfizer’s most recent attempt to boost growth through acquisition came to grief in April when the Allergan deal was blocked by the U.S. Department of Treasury, which viewed it as a so-called inversion deal under which a U.S. company moves its base to a country with a more favorable tax environment. Pfizer would have established its headquarters in Ireland. The following month, Pfizer did succeed in striking a deal for Anacor Pharmaceuticals, a boron chemistry specialist, for $5.2 billion.