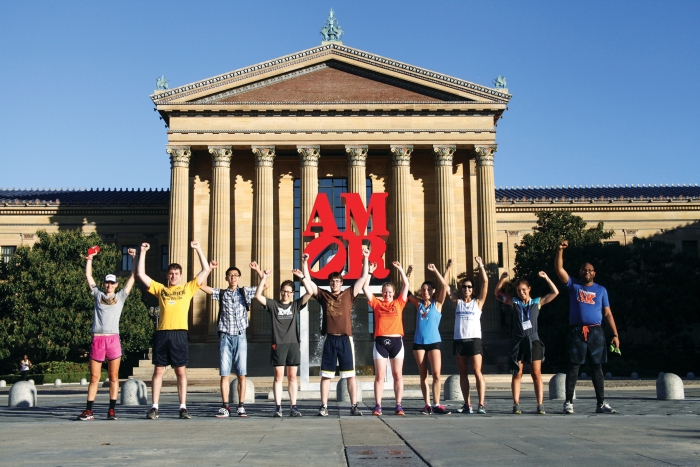 Credit: Linda Wang/C&EN
Members of the Younger Chemists Committee strike their “Rocky” pose in front of the Philadelphia Museum of Art during the YCC Fun Run.

On Aug. 21–25, more than 12,000 chemists from around the world gathered in Philadelphia for the 252nd American Chemical Society National Meeting, where they shared their latest research advancements, caught up with old friends and colleagues, and established new collaborations.

Employers at the ACS Career Fair: 37

The technical program showcased 105 symposia with more than 9,000 papers highlighting the meeting’s theme, “Chemistry of the People, by the People & for the People.”

During the plenary session on Sunday, Aug. 21, Rolf Halden of Arizona State University, Willie May of the National Institute of Standards & Technology, and Kimberly Prather of the University of California, San Diego, described the role of chemistry in measuring environmental impacts. 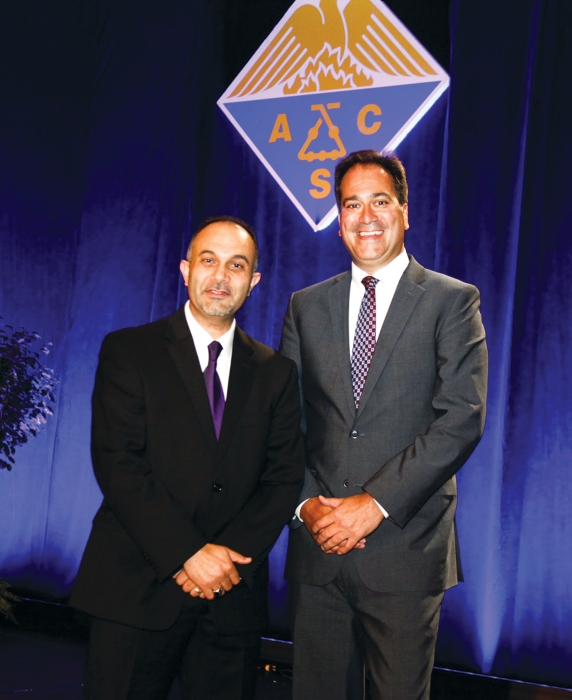 Several of the presidential symposia highlighted diversity in chemistry through international partnerships and collaborations. A two-day symposium, for example, explored opportunities for cooperation between the U.S. and China.

During the open ACS Board of Directors meeting on Sunday, Aug. 21, ACS members shared ideas with board members about future ACS national meetings. The topic that drew the most discussion was whether on-site meetings should adopt a hybrid model, incorporating some virtual components.

In addition, ACS has created a new joint task force by the ACS Board and Committee on Council Policy to examine governance design and to streamline and simplify the work of ACS governance (C&EN, Aug. 15/22, page 53).

In other society news, the ACS Board, among other actions, voted to approve revisions to the process of rescinding national awards and ACS Fellow designations, as well as approved an advance member registration fee of $445 for national meetings held in 2017.

At the ACS Council meeting, the Committee on Budget & Finance reported that ACS’s projected 2016 revenues will reach $528.8 million, net contribution from operations will reach $17.3 million, and total expenses will reach $511.5 million.

Among other actions, the council voted to approve an extension of the dues waiver for unemployed members from two years to three years and approved the “Chemical Professional’s Code of Conduct.” The council also approved the formation of new international chemical sciences chapters in China’s national capital area, Iraq, and southwestern China.