The full value of ACS membership 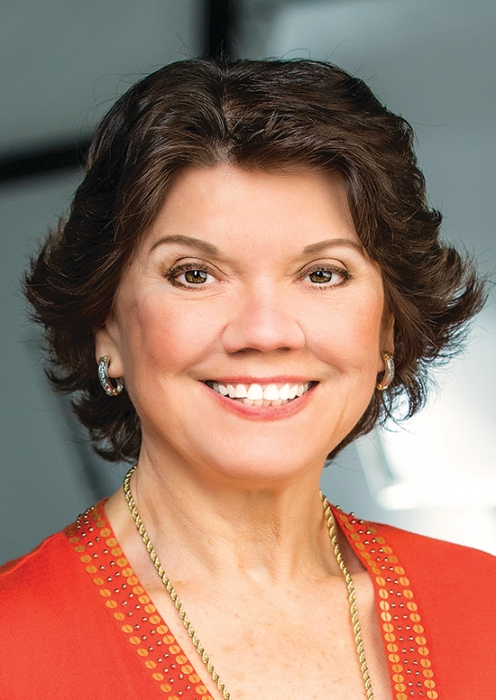 Being a member of ACS is one of the best professional investments a chemist can make, often opening doors to opportunities. Like me, many members may recall being told, when they were students, “If you want to be a REAL chemist, you must join ACS.”

Although it was decades ago, the words were spoken so emphatically that I still hear them today, and I give students the same message. In fact, most of us, as chemists, can’t imagine a professional life without ACS.

It is in members’ best interests that ACS remains healthy and strong. To ensure a bright future for the society, we regularly update the goals of the ACS Strategic Plan, which focuses on members. ACS must also ensure the financial strength of the organization, information technology (IT) security for ACS publication platforms, an adequate number of ACS members, and career development for ACS staff. It may be difficult to think of ACS as vulnerable, but in these areas, it could be.

ACS membership provides access to (1) world-class information through the most trusted and respected chemistry journals; (2) the world’s highest-quality and most up-to-date chemical databases; (3) the best national and regional meetings of any scientific organization; and (4) products and services designed to advance careers, improve education, and communicate chemistry’s value to the media, public, and policy-makers.

ACS’s annual membership dues of $162 do not cover even a small percentage of the costs associated with all these benefits. For example, ACS invests millions of dollars annually in its national and regional meetings.

Most of us, as chemists, can’t imagine a professional life without ACS.

Financial strength. The principal sources of funding for society activities include net revenues generated by ACS Publications and CAS, a division of ACS. ACS Publications publishes a wide range of scientific journals, periodicals, and books, which deliver highly valued, essential information to sustain scholarship and discovery in the chemical sciences and related disciplines. Members enjoy benefits of the revenues from ACS Publications beyond what could be funded if the main revenue source were membership dues.

Because nearly all usage of ACS information services is accessed electronically, the task of keeping all systems running smoothly and efficiently is monumental. In 2015, scientists worldwide downloaded ACS journal articles 94 million times, and ACS journals received more than 2.76 million total citations, according to the June 2015 Journal Citation Reports released by Thomson Reuters. The ACS we know today would not exist without revenue from ACS Publications and CAS.

IT security. Underpinning ACS Publications and CAS is a sophisticated and vast IT infrastructure, overseen and updated on a regular basis by trained and proficient ACS staff. Not only must staff ensure that users have a seamless experience, they must also be vigilant to prevent security intrusions that might compromise or hamper access by legitimate users. All must be protected from the ever-adapting threats of intrusion, damage, disruption, and theft by computer hacking. This protection requires maintaining state-of-the-art IT expertise and software. Not only must IT staff control physical access to the hardware, they must also be aware of the dangers of network access and code tampering, as well as the necessity of following secure procedures. This requires continual formal training and informal development.

Staff development. Any member who has ever attended an ACS national meeting knows the scope is massive, with (1) dozens of concurrent technical sessions, which all need special equipment and connections; (2) a vibrant and vast exposition hall alive with vendors and members; (3) special lectures and events; and (4) coordination of hotel space and interlinked transportation. Dozens of ACS staff and volunteers provide the most meaningful and productive experience for members from undergrads to Nobel Laureates. To optimize the benefits and activities offered, ACS staff must possess knowledge and soft skills requiring that they update their capabilities via regular development and training activities. Members are better served when ACS hires, recognizes, promotes, and retains top talent to serve them.

Membership numbers. Having many members increases membership benefits by facilitating member-to-member interactions, such as networking, mentoring, and research collaboration activities. Tracking annual membership numbers online reveals a slow decline, which many scientific organizations are experiencing. However, it is in members’ best interests to help reverse that because a larger membership gives more resources from which to draw, such as a greater and more diverse knowledge base.

It is in our best interests that ACS remains vital and strong now and into the next century. Although member dues contribute to ACS sustainability, it is the combined efforts of ACS staff, volunteers, ACS Publications, and CAS that guarantee benefits for all members. Comments from ACS members are always welcome at djnelson@ou.edu.

Comment
What ACS can do for its industry members
Comment
The ACS Board of Directors demystified
Careers
ACS divisions are here to support you
Share X
To send an e-mail to multiple recipients, separate e-mail addresses with a comma, semicolon, or both.
Title: The full value of ACS membership
Author: Donna Nelson, ACS President
Chemical & Engineering News will not share your email address with any other person or company.