Calculating the loss of pool water

In the otherwise interesting and informative article “What Lies Beneath” about the chemistry of swimming pools (C&EN, Aug. 1, page 28), it is stated that “about 1% of the water [in a pool] is lost daily. … Most of the water in a pool turns over after about 100 days.” While this phrasing is vague enough, it seems to reflect the erroneous thinking that the amount of water turned over is a linear function of time. This is incorrect—the turnover follows first-order kinetics, and thus, in 100 days, approximately 100/e, or about 37%, of the original water will remain.

The importance of not making this kind of error has historical relevance: During World War II, Lord Cherwell, an adviser to Winston Churchill, overestimated the amount of damage associated with a planned bombing campaign just by erroneously assuming that the damage would be proportional to the number of bombs dropped.

CORRECTION: On Sept. 8, 2016, this letter was updated to reflect that Lord Cherwell served as an adviser to Winston Churchill during World War II. 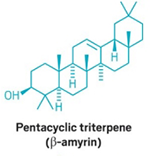 Environment
Corrections
Environment
Electrodes and pool water
Analytical Chemistry
Synchrotrons in Hollywood
Share X
To send an e-mail to multiple recipients, separate e-mail addresses with a comma, semicolon, or both.
Title: Calculating the loss of pool water
Author:
Chemical & Engineering News will not share your email address with any other person or company.