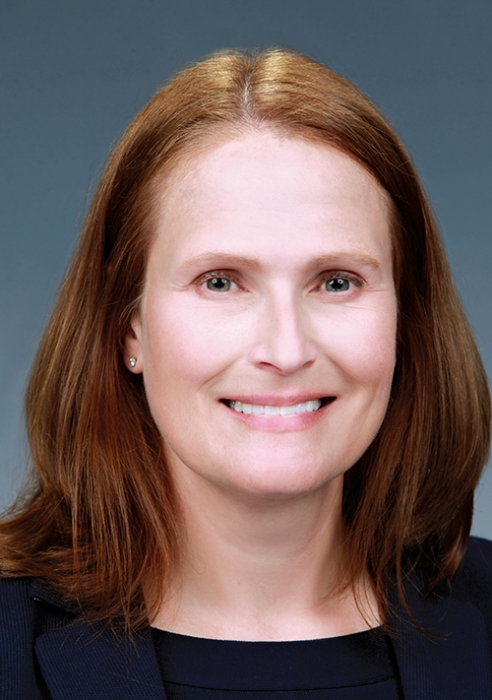 It is an honor to be considered for ACS director-at-large. Thank you for taking time to evaluate my qualifications and vision. I am passionate about ACS’s mission, and as a current councilor, current and former committee chair, former local section chair, and former ACS Congressional Fellow, I ask for your vote so that I can bring my unique perspective and experiences to the board.

As a member of the board, I will consider it my duty to communicate the “what,” “why,” and “how” of society processes and decisions. ACS is an influential, complicated, and sometimes confusing organization. But fundamentally, ACS is you, me, and all of our members. We should feel ownership in our society, its direction, and its success; understanding how ACS works and having a voice in society decisions are critical to that ownership. As the current chair of the society Committee on Budget & Finance, I have made it a priority to understand the “what,” “why,” and “how” of the society’s financial decisions and to communicate them to members: For example, I’ve published C&EN comments on how dues revenues are allocated (C&EN, Nov. 2, 2015, page 47) and how dues increases are determined (C&EN, May 9, page 34). I will continue to do this as a member of the board. You and I may have legitimate disagreements about society issues—for example, dues increases—but it’s hard to resolve them if we don’t have all the relevant information. It is imperative that ACS leadership broadly communicates current processes as well as possible changes and their impacts so that we can all participate in making informed choices for the society’s future.

I will also consider it my duty to gather diverse input and advocate for diverse representation in the society and its decisions. One of ACS’s core values is “diversity and inclusion,” and we must remember that when decisions are made. We are strongest when we inspire all members to contribute regardless of their demographic characteristics or personal discriminants, when we gather input across a full spectrum of views, and when we participate in making informed choices, however controversial, together.

I will work to ensure that ACS’s core values are emphasized across all goals and programs and whenever decisions are made. ACS has four core values: “passion for chemistry and the global chemistry enterprise in the broadest sense,” “focus on members,” “professionalism,” and “diversity and inclusion.” We often focus on ACS’s goals, because goals are easier to track. But values are integral to our identity. I will consider all board decisions in the context of promoting our values, as well as achieving our goals.

I will work to strengthen ACS’s advocacy programs and will promote programs and policy positions that take a long-term perspective so that we advance science and employment prospects in the future as well as today. In 1999, I was the ACS Congressional Fellow. I worked on the Senate Committee on the Budget, organizing hearings on doubling the budget of the National Institutes of Health. I learned firsthand, in that role, that the real impacts of federal research funding are felt years or even decades after decisions are made. Following my fellowship, I campaigned to join the ACS Committee on Chemistry & Public Affairs and eventually became chair of the committee so that I could give back to ACS by sharing what I had learned. Today’s flat research funding does not just hurt today’s researchers and students: It will impact technology and employment among chemists in the year 2030 in ways we cannot foresee. As a premier advocacy organization, ACS has a mandate to promote policies that support its members’ interests in the short and long term. In today’s political environment, it’s difficult to look past the next election, but ACS should be working to influence the next decade, or several decades, through policy. To do that, we must prioritize working with federal agencies, as well as with Congress. Federal agency staff members are already shaping the policies and initiatives we will see in the 2020s. A new President will also bring his or her priorities to the office. I will work to ensure resources are available for ACS to effectively engage the federal agencies and the new Administration, while continuing to support our successful programs on Capitol Hill.

I appreciate your consideration of my statement, and I hope I have convinced you to give me one of your two votes. I would be honored to represent you as director-at-large. Please leave any feedback at kristinmomberg.wordpress.com.

Candidates will not be notified of comments left on this webpage. To contact this candidate directly, e-mail kristin.omberg@pnnl.gov.