Microwaving by the ton 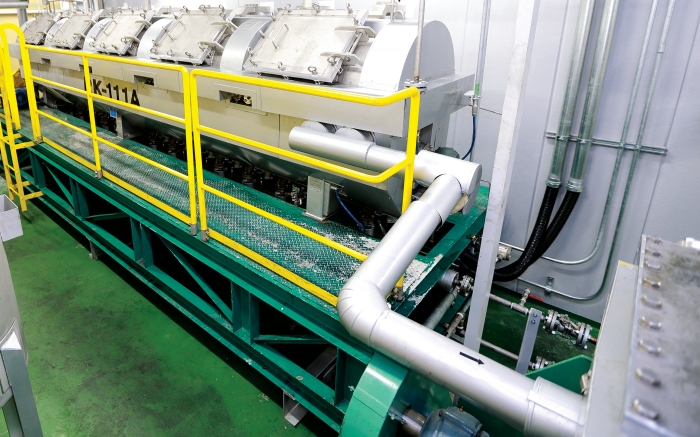 In chemistry labs worldwide, the rapid heating that microwaves provide is routinely used—often in instruments not much different from kitchen ovens—as a tool for accelerating reactions. In chemical plants, however, attempts to scale up microwave heating have mostly failed. Japan’s Microwave Chemical stands out as having succeeded at using microwaves in industrial production.

Microwave Chemical at a glance

History: Founded in 2007 by Iwao Yoshino, a former chemical trader, and Yasunori Tsukahara, an associate professor of engineering at Osaka University

“In the chemical industry, there is a certain inertia in the commitment to processes that have basically been around for decades, and even centuries,” says Iwao Yoshino, cofounder and chief executive officer of Microwave Chemical. “Now, new processes like biocatalysis are emerging. Microwaves are similarly new.”

It’s not as if industrial-strength microwaving was never considered, but in general, “lab success in the use of microwaves has not translated into scaled-up processes,” observes Mike Collins, CEO of CEM, a leading U.S. manufacturer of microwave analytical tools and laboratory synthesizers. In most applications, scaling up microwave-based synthesis costs too much. “But microwaves can be scaled up successfully in certain unique situations, such as the selective heating of a catalyst,” Collins says.

Indeed, selective catalyst heating to produce biofuels was behind the first manufacturing process that Microwave Chemical worked on in 2007, the year the firm was founded, Yoshino recalls. At the time, Yoshino and his partner Yasunori Tsukahara, an associate professor of engineering at Osaka University, envisioned that their firm would become a commercial supplier of biofuels made from industrial waste oil.

Microwave Chemical developed a portable device that uses microwaves to heat an acid catalyst that, in turn, converts oil in industrial wastes into biodiesel fuel on the site of a food or chemical manufacturer. But the company found that potential customers were wary of hosting microwave technology they didn’t understand.

Later efforts by Microwave Chemical to break into biodiesel on its own didn’t pan out either, in part because the Japanese market for the fuel is poorly developed.

But the firm’s efforts attracted attention in Japan. At a conference organized by Japan’s New Energy & Industrial Technology Organization, Yoshino, who had previously worked in the chemical business of a major trading firm, was approached by Toyo Ink. The outcome was a deal and a new business direction.

Microwave Chemical designed a microwave-based process to turn waste vegetable oil into fatty acid esters that Toyo could use in its inks. The alliance between the two companies led to the construction of Microwave Chemical’s first commercial facility, in Osaka, Japan. With a production capacity of 1,000 metric tons per year, it came on-line in 2012.

Soon, other companies came aboard. At a 1,000-metric-ton plant that will soon open in Yokkaichi, Japan, a venture with the food additive maker Taiyo Kagaku will harness a new process to produce sugar-ester-based emulsifiers. The process employs microwaves to selectively heat water in a solution primarily containing oil and sugar. It does away with nonedible solvents that would otherwise have to be removed from the final product at high expense, Yoshino says.

In all, Microwave Chemical collaborates with about 20 companies—a polymer development effort with BASF is perhaps its highest-profile agreement—and sees itself more as a process developer and technology supplier than as a chemical manufacturer. The company has 41 employees, the majority of whom are either chemists, chemical engineers, or physicists.

His firm’s physicists and chemists work together on problems such as increasing the penetration depth of microwaves, which generate heat by causing polar molecules to rotate. Every year, Yoshino says, Microwave Chemical comes up with one or two new reactor designs.

Whereas most people associate microwaves with rectangular kitchen ovens, Microwave Chemical’s production units look completely different. The general design aims microwaves toward a reactor through a long tube known as a waveguide. Unlike in kitchen ovens, where 95% of the microwaves are projected aimlessly and don’t heat anything, most of the waves in the company’s devices hit their target, Yoshino claims.

Some of the companies collaborating with Microwave Chemical are discreet about what they’re doing. For instance, BASF told C&EN there was little to say about its work with the Osaka-based firm.

But others are less shy. PeptiDream, a Tokyo-based biotech firm, is hoping to collaborate with Microwave Chemical through an initiative orchestrated by the Japanese government, which introduced the two companies to each other. Patrick Reid, PeptiDream’s senior vice president and head of R&D, says his company could possibly make use of Microwave Chemical’s technology to launch a Japanese custom manufacturer of peptides. 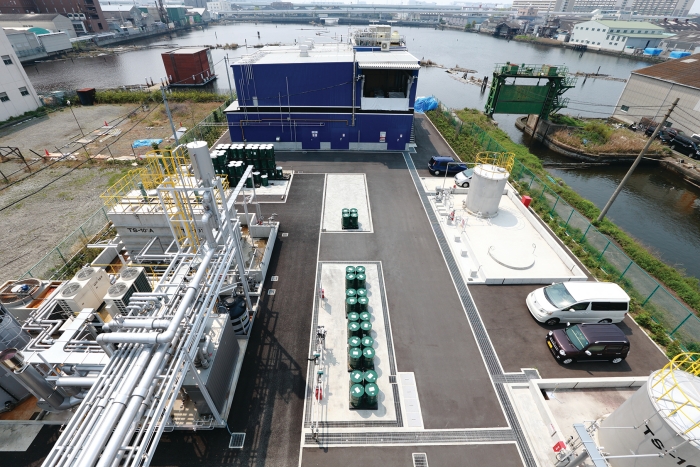 “We already use microwaves extensively in our labs,” Reid says, pointing out that his company is CEM’s biggest buyer of microwave synthesizers in Japan. But harnessing microwaves in scaled-up processes has generally not worked out. If there was a way to use microwaves at larger scale, Peptidream might be able to use fewer expensive materials during the production of its peptides, he says. The company may soon need to produce some peptides in ton quantities, Reid says.

CEM’s Collins confirms that peptide manufacturing is one of the best potential applications for microwaves, and CEM has designed a few synthesizers for this purpose. The company is even exploring the idea of itself becoming a contract manufacturer of peptides produced with microwaves.

“Microwaves make sense if you’re looking to produce in kilogram quantities,” Collins says. “We’re launching a process next year that can do couplings in two to three minutes instead of the two to three hours that it normally takes.” In addition to forming quickly, he says, peptides made with microwaves are very pure.

The use of microwaves in chemical production does not represent a major scientific breakthrough, Yoshino acknowledges. “Microwaves have been around for 70 years, so no one is going to win a Nobel Prize for this,” he says.

But microwave use in chemical production will snowball once it’s shown to be commercially practical, Yoshino says. “It’s a bit like how electric cars started, when several technologies started to be integrated successfully.” Much in the same way that the rise of Tesla changed the car industry, he sees microwaves transforming chemical manufacturing.

Business
Japanese companies advance microwaves
Environment
Microwave landscape
Business
Air Products retreats from waste-to-energy
Share X
To send an e-mail to multiple recipients, separate e-mail addresses with a comma, semicolon, or both.
Title: Microwaving by the ton
Author: Jean-François Tremblay
Chemical & Engineering News will not share your email address with any other person or company.