Biochemist rows to gold in Rio 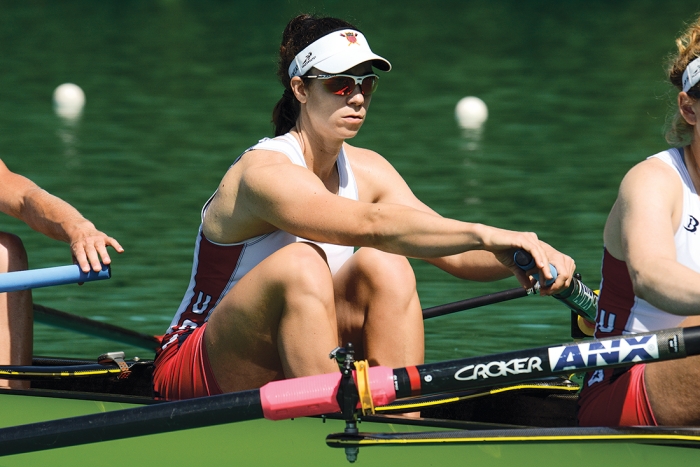 Credit: USRowing
Amanda Polk: She can feel the lactic acid—and draw its structure.

When Olympic rower Amanda Polk’s legs burn and her muscles feel like giving in, she knows better than most what’s going on. Polk majored in biochemistry at the University of Notre Dame while becoming a four-time All-American and the most decorated rower ever at the university.

Last month, she felt the burn in the third seat of the women’s eight-person boat at the Rio Olympics, where the team earned a gold medal, edging out Great Britain by just over two seconds. It was an enormous triumph, but it was long in coming. She’d gone to the London Olympics in 2012 as well, but she was the first alternate and wasn’t in the boat when the team raced to gold then.

Polk spoke with Newscripts at the time of the London games. “Biochemistry has been surprisingly helpful in my rowing career,” she said. “Since rowing is a very demanding endurance sport, having the knowledge of the many metabolic cycles, especially the Krebs cycle, has assisted me in determining the type of nutrition, vitamins, and minerals my body needs to maintain elite performance. Much of this process is trial and error, but that is all part of being a scientist at heart, right?!”

After coming so close to a medal in London, Polk took stock and decided to dig back in for four more years of grueling training. She endured multiple practices a day and unending rowing tests as the coaches determined who would ultimately fill the boat, a decision they finalized in June.

“I think she drew on her fortitude and the discipline that comes with studying biochemistry,” says Polk’s father, Ken Polk, a lawyer at the American Chemical Society who supports the creation of new society products and services. When Amanda finally raced in Rio, he was there to cheer her on. “It was just surreal. For it to come down to just more than six minutes after 12 years of work—it’s unfathomable,” he tells Newscripts. “This has been her complete pursuit.”

Whether Amanda will return to the sciences or continue on a career path within rowing is still an open question, but first she will attend to some chemistry of a different sort: She’s getting married in November. Congratulations on all counts from the Newscripts gang!

In an age when a camera can fire off a trillion camera frames in a second, you’d think that swimming race times would be measured with greater precision than a measly hundredth of a second. 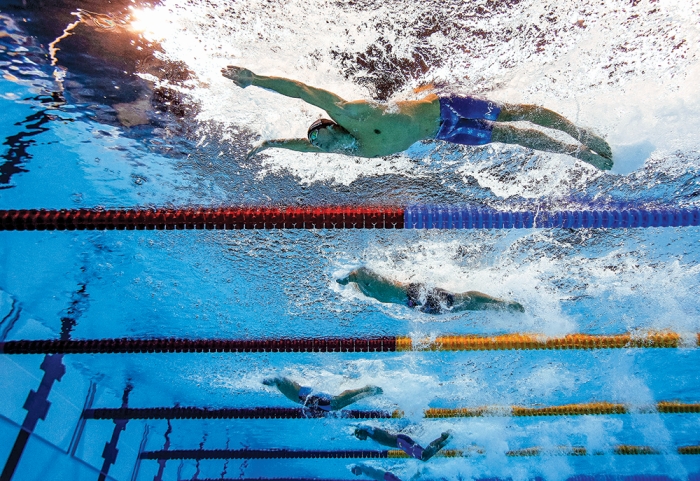 Credit: Patrick B. Kraemer/EPA/Newscom
Significant figures: Not just the swimmers.

In fact, swimming once did tap the third decimal point to decide races, but the sport’s governing body, the International Swimming Federation (FINA), axed the final significant figure after a 1972 race. According to an article by Timothy Burke posted at Deadspin, the reason for this is the pools themselves. FINA permits up to 3 cm of variation in the length of each lane, a limit difficult to tighten because of the properties of concrete, Burke reports.

Covering three centimeters would take 13 thousandths of a second at a world-record pace. So to eliminate the possibility of a victory resulting from a slightly shorter path to cover, timers ignore those extra digits. This is why swim contests often result in ties, like the three-way shared silver in Rio in the men’s 100 m butterfly, Burke says. And with that we can start the countdown to the winter games in PyeongChang, South Korea, just 4,441 million-hundredths of a second—plus or minus a few million—away.