Quest University’s lack of a tenure system was a huge selling point for Rich Wildman, a physical sciences professor—a “tutor” in the university’s parlance—at the British Columbia school. “I’ve been at places where there are old professors who have tenure who know they can’t be fired and clearly are not trying hard to do well,” Wildman says. “I don’t want to have colleagues like that.”

He also didn’t like the way the tenure system—with its overwhelming emphasis on research—discourages young faculty members from pursuing excellence in their teaching.

“I didn’t want to go to a place where I would have to be a fraction of the educator I can be for the first six or seven years,” he says. Because Quest uses a block system, Wildman teaches and his students take only one class in any given three-and-a-half-week block. During that time, those students get his full attention. “I’m not paid to ignore them in the hope of looking great in front of a tenure committee.”

Quest, which was founded in 2002 as an exclusively undergraduate institution, is one of a handful of relatively young universities that are eschewing the entrenched tenure system. These institutions are attracting a variety of faculty members—from newly minted Ph.D.s at their first academic jobs to people with years of experience. In return, the schools get the flexibility they need to grow quickly. 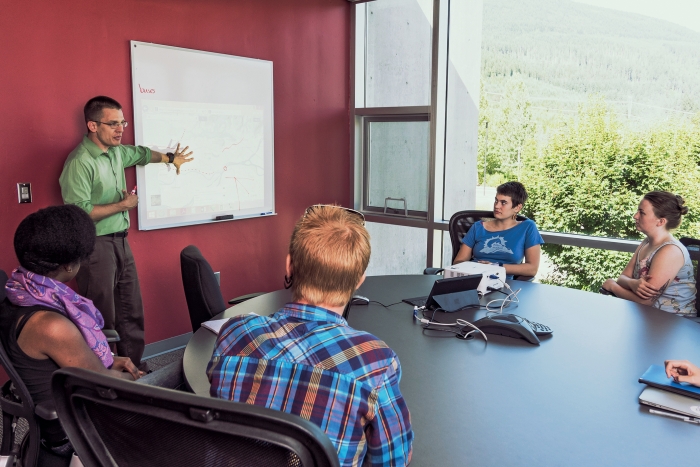 Credit: Quest University
Rich Wildman chose Quest for its emphasis on teaching and lack of a tenure system.

Instead of the familiar tenure-track system, these universities have employment models that are variations of a contract system. But don’t make the mistake of thinking that these universities are just employing part-time adjuncts. These are full-time faculty members, many with an entrepreneurial bent.

Quest’s system is perhaps the most complicated of the no-tenure models. In Quest’s model, faculty receive progressively longer contracts—one, two, and three years—for their first six years. They are reviewed in years one, three, and five of cumulative employment. If that fifth-year review goes well, faculty are offered six-year contracts. After that, every faculty member gets a full review every six years.

Even without tenure, these new universities are not looking to fire people. “One form of job security is how hard it is to hire a replacement,” Wildman notes, referring to the academic hiring process in general. “You can’t just fire everybody left and right.”

That’s especially true at a place like Quest, which caps enrollment for all courses at 20 students. “You can’t just increase class size if you’ve got fewer faculty next year,” Wildman says. “If we were to dismiss a faculty member in any given year, that creates a staffing problem immediately.”

Faculty at Quest “are absolutely aware of what they’re signing up for,” says Peter Englert, the university’s current president. He’s heard more criticism of the no-tenure policy from outside Quest than from inside. But most of the pushback has fallen by the wayside as faculties at other universities realize that Quest is not actively trying to spread its model.

“We have not had any cases that would question our system as being sufficiently protective of faculty’s academic freedom,” Englert says. “Because we have no negative examples, we are not considered to be a threat anymore.”

The six-year contracts also give faculty members a flexibility that’s missing in conventional tenure systems, Englert says. Each contract renewal “is an opportunity for the university and the person to renegotiate and rethink the relationship,” he says. “People can do something different in their second six years or third six years if they desire.”

Eric Darr, president of Harrisburg University of Science & Technology, also likes the flexibility of the contract system. His university, which is growing, needs the ability to move quickly.

“We’re not mature enough yet to be able to predict what we need any given faculty to do in any given period of time,” Darr says. Tenure, he explains, “just doesn’t work for us right now.”

Harrisburg University doesn’t have a one-size-fits-all approach. Some people are on one-year contracts. Others are on multiyear contracts. “It depends on what’s needed to recruit certain people and recognizes experience and time at the university,” Darr says. There are currently 51 full-time faculty and 200 corporate faculty, professionals who work in nearby industry and also teach. Unlike part-time faculty at other universities, they have full voting rights after they’ve taught 27 credit hours.

“We’re successful at recruiting newly minted Ph.D.s and people who are at a point in their careers where they could move anywhere and do anything,” Darr says. “People in the middle—particularly people who have just achieved tenure or whose tenure clock is still ticking—we have no luck with them.”

The university, which has about 2,500 grad students and about 500 undergrads, has experienced explosive growth recently, Darr says. “I can’t hire faculty fast enough,” he says. “I’m competing not only with other universities for talented people but with industry as well.”

Quest was Wildman’s first faculty position, but others are leaving tenured jobs to join universities without tenure systems. John Reilly is one such person.

“People thought I was nuts,” he says. 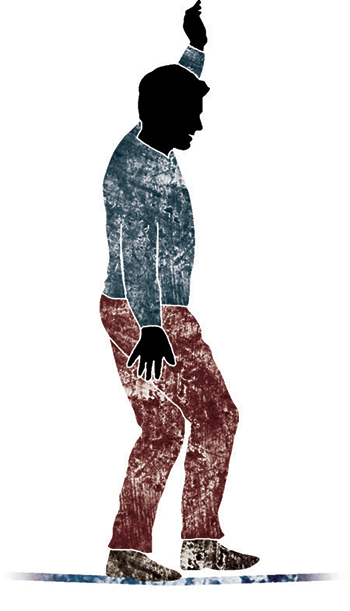 But the tenure process at his previous university had been so acrimonious—he even blames it for a mild stroke he had at the time—that he knew he needed to leave.

Even though there’s a yearly evaluation, it’s actually difficult to fire someone under that process, Reilly says. So faculty retain some of the job security they would get under a tenure system.

Reilly is now the chair of Florida Gulf Coast’s department of chemistry and physics. “I experienced the tenure process. It does work, but it can be messy,” he says. “My story worked out well. Other people’s stories don’t always work out so well.”

Like Florida Gulf Coast, which admitted its first students in 1997, the universities that are implementing no-tenure systems are relatively young. The even-younger Florida Polytechnic University just enrolled its third class of undergraduates. 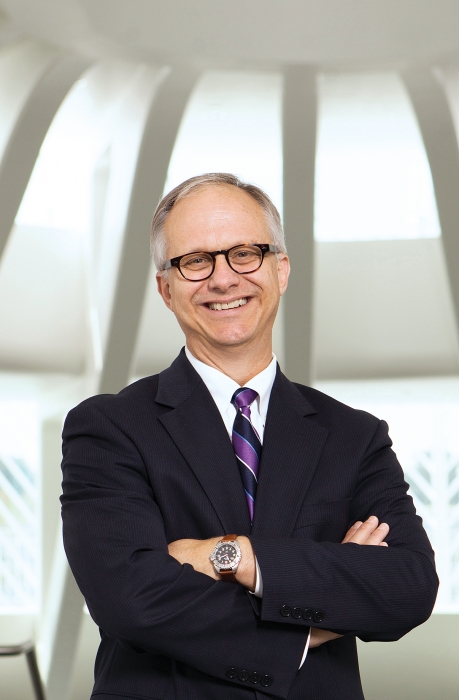 Credit: Florida Polytechnic University
Randy Avent proposes that Florida Poly move to an employment model like that used in industry.

But those changes might not be enough. Most people on a two-year contract are understandably worried about their job security, Avent says. “The contracts create more insecurity than they fix,” he says.

That’s why the employment model at Florida Poly is likely to evolve. Tenure remains off the table because the university was founded in 2012 with a mandate for a non-tenure-based system. Instead, Avent, who spent most of his career at Massachusetts Institute of Technology’s Lincoln Laboratory, which doesn’t offer tenure, wants to move toward a model more like what industry does.

In one model Florida Poly is considering, someone would be hired on a probationary three-year contract. If all goes well, at the end of the second year, they would be converted to open employment. The model that Florida Poly ends up with will be worked out through discussions with faculty members.

These new schools are putting structures in place to preserve their faculties’ academic freedom. “We have a very strong statement of academic freedom,” Avent says. “This year we challenged our faculty to come up with an even stronger statement. We’re calling it an academic bill of rights.”

These universities benefit from their relative youth. Professors are drawn to them by the chance to build something new.

Jaspreet Singh Dhau, a chemistry professor at Florida Poly, is one such person. He had previously held tenure-track and non-tenure-track positions at universities in India and the U.S. He had also worked in industry and launched start-up companies.

He considers it rare to have the opportunity to be part of an academic start-up. But it’s a perfect match for his entrepreneurial inclinations. “Because of my experience with start-ups, I’m not afraid of failing. In the well-established system, you’re always worried about failing. There’s no second chance in that system.”

The faculty C&EN spoke with are pleased with their experiences so far in no-tenure systems.

“The whole objective of tenure is to attract talent because of the security it provides,” Dhau says. “If you provide security to non-tenure full-time faculty, it’s a winner. You’re going to attract a lot of talented people.”

Wildman can’t imagine leaving Quest solely for the sake of a tenure system in which faculty enjoy job security regardless of performance. “I’m not going to spend my life in a tenured job only because it’s guaranteed employment,” he says. “That would just be sad. I think plenty of people do it. Life’s too short for that.”

Graduate Education
Master’s degrees matter
Graduate Education
Is grad school for you?
Education
Tenure under fire from Republican legislatures in two U.S. states
Share X
To send an e-mail to multiple recipients, separate e-mail addresses with a comma, semicolon, or both.
Title: Young universities ditch the tenure system
Author: Celia Henry Arnaud
Chemical & Engineering News will not share your email address with any other person or company.

Comments
Randall Stevens (September 22, 2016 2:55 PM)
Florida Poly does not operate on a tiered contract system as stated in the article. Most all faculty contracts are for 2 years; technically 21 months for Asst, Assoc, and Full Professors.
Reply »

Celia Arnaud (September 23, 2016 11:11 AM)
I have reported what Randy Avent told me. But I will also acknowledge that assistant professors make up the largest fraction of Florida Poly's faculty at this point.
Reply »